When an Argument Over Macbeth Incited a Bloody Riot

On May 10th, 1849, protestors rioted at Astor Place Opera House, leading to the deadliest civic insurrection in American history up to that time. 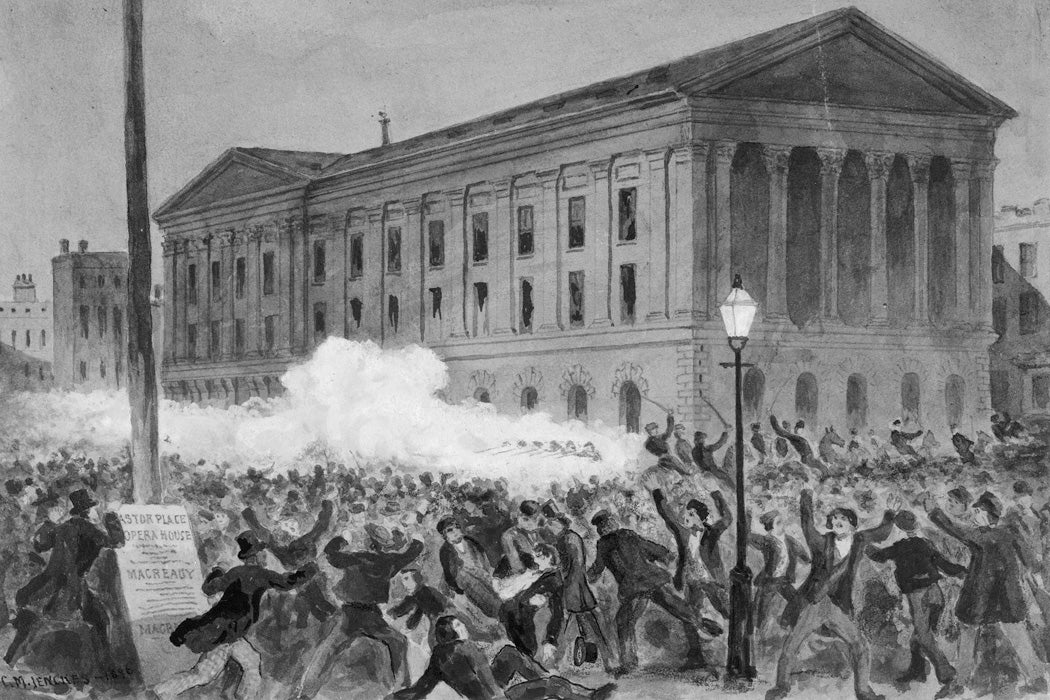 In an era when New York City was torn apart by economic inequality, the Astor Place Riots revealed the deep class divisions within American society. The inciting dispute was nominally over two Shakespearean actors, but at its root was a deeper schism. As literary critic Dennis Berthold notes, “workingmen’s blood flowed in the streets of New York for the first time in a class struggle.”

In the mid-nineteenth century, the British Shakespearean actor William Charles Macready had a long-running feud with American Shakespearean actor Edwin Forrest. Forrest was known for his physical presence, while Macready was known for his thoughtful theatricality. Many critics sided with Macready. One noted: “If a bull could act he would act like Forrest.” But Forrest was the hero of the American masses—at the time Shakespeare was read across all levels of society. Then on May 7th, 1849, Macready appeared on the Astor Place Opera House stage in the role of Macbeth, only to be pelted with garbage.

Macready planned a quick return to England, but a group of New York aristocrats and writers, including Washington Irving and Herman Melville, implored the actor to continue his scheduled performances. Their petition assured Macready that “the good sense and respect for order, prevailing in this community, will sustain you on the subsequent nights of your performances.” (As it turns out, the petitioners overstated their assurances.)

News that Macready would perform again spread through the city. Tammany Hall instigator Isaiah Rynders posted signs in the local taverns proclaiming: “WORKING MEN, SHALL AMERICA OR ENGLAND RULE IN THIS CITY?” A new Whig mayor opposed to Tammany had just been elected, and political tensions were high. The posters inflamed interest, playing upon the resentments of New York’s lower classes.

The anti-Macready demonstrators were an unusual mix of Irish immigrants opposed to all things British and anti-Catholic nativists opposed to the growth of immigrant labor. A similar mob had recently attacked a meeting of an anti-slavery society. The protestors chanted slogans deriding Macready, as well as abolitionist Frederick Douglass, who had in a visit to New York scandalized some by walking arm-in-arm with two white women.

It was the greatest loss of life in a civic insurrection in American history up to that time.

Then on the night of May 10th, tens of thousands of protesters gathered outside the theater. The feud erupted after New York City’s mayor called out the militia to control the protesting crowd. The soldiers shot into the crowd, killing at least twenty-two and resulting in more than one hundred wounded. It was the greatest loss of life in a civic insurrection in American history up to that time.

The following Sunday, a preacher named Henry W. Bellows declared the Astor Place riot was the result of “a secret hatred of property and property holders.” The riots made the American elite nervous that European-style rebellions were on their way.

Rarely had a theatrical rivalry produced such widespread social consequences. While the events of that night are largely forgotten today, the violence shook the core of New York’s literary elite at the time. Berthold notes that writers could no longer blithely extol the virtue of the American common man. Among them was Melville, who developed a more complex writing style after the riots. The riots also had a long-term impact on theater: the upper classes continued to follow Shakespeare who was considered the epitome of English-speaking culture throughout the world. The less-educated and poorer groups gravitated to vaudeville. And there were political impacts too; some historians argue that the Astor Place riot foreshadowed the even more deadly Civil War draft riots of 1863, in which racist violence overtook New York City. 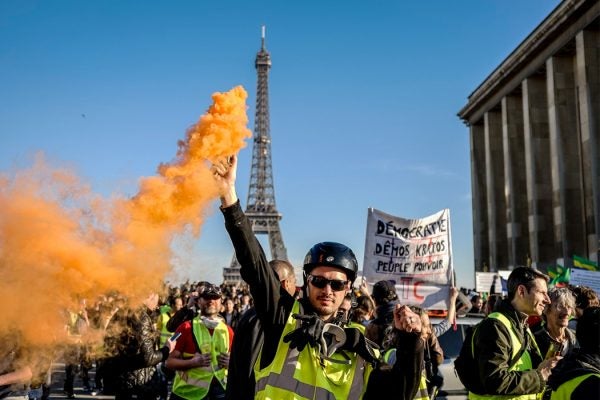 France's Yellow Vests have been protesting for months on end. Such protests are an integral part of France's culture.