Women Clergy and the Stained-Glass Ceiling

Christian and Jewish women leaders transformed the U.S. religious landscape during the 1970s, but subtle discrimination has limited their opportunities. 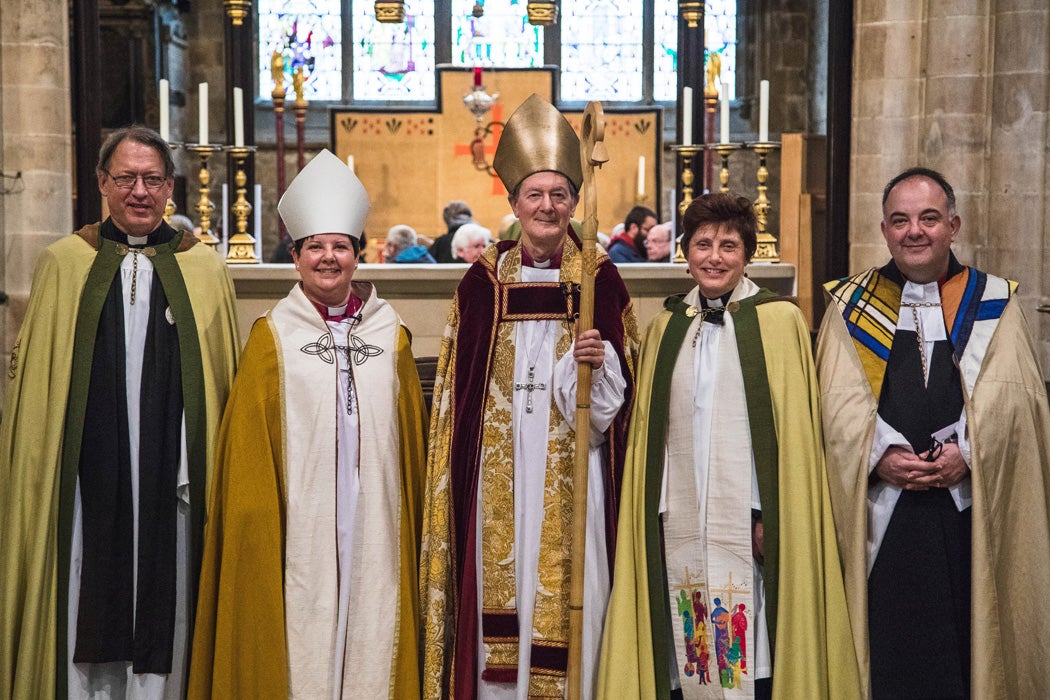 On June 3, 1972, Sally Jane Priesand was ordained the first woman rabbi in American history. Priesand was part of a movement that transformed the religious landscape during the 1970s, as women began to be ordained not only in Judaism but through much of Christianity as well.

Yet as more and more women became clergy, they discovered that the “stained-glass ceiling” blocked their progress. Sociologist Paul Sullins notes that women ordained in the Episcopal Church found themselves largely relegated to lower ecclesial positions. Subtle opposition to their ordination took the form of refusing job opportunities to women clergy seeking pastorates.

Some Christian churches, most notably Roman Catholicism, resisted the movement to accept women as clergy. Even churches that accepted women clergy did so reluctantly, without fully opening up opportunities. “Ordination is one thing; deployment is another,” Sullins quoted a woman ordained for the Episcopal Church.

Inequality remained in the Episcopal Church as a result of embedded cultural values.

Unlike in Roman Catholic parishes, Episcopal laypeople have a strong say in who is selected as pastor. Sullins suggests that inequality remained in the Episcopal Church as a result of embedded cultural values which did not change much over time, even as the wider church body allowed for women’s ordination. This bore out in the way women clergy in the Episcopal Church climbed the ranks of larger church institutions and bureaucracies, while encountering frequent opposition at the parish level. The more democratic selection process of rectors—the equivalent of pastor—often worked against women seeking to advance in church ranks. On the parish level, even a small group opposed to the idea of a woman pastor could exercise an informal veto on the selection process.

A generation after Priesand was ordained a rabbi, women comprised about four percent of Jewish clergy, divided across the Reform-Conservative spectrum. Those early women rabbis saw their role differently than their Protestant counterparts. Protestant women ministers saw themselves in a more spiritual vein, more often feeling themselves called by God as religious leaders. Women rabbis saw themselves more as community leaders and advocates for social justice, particularly regarding issues around women’s rights.

According to a study by scholars Rita J. Simon, Angela J. Scanlan, and Pamela S. Nadell, “The rabbis see their roles in more secular terms. They want to change the world, especially in matters affecting women.”

Both groups of religious leaders were united in viewing their personal styles of ministry as different from their male peers, especially in their preaching styles. They viewed themselves as more likely to speak from personal experience, to cite more examples of daily life in their preaching, and to see their preaching in more personal terms. In their wider ministry, they were more likely to see themselves as directly involved in the lives of their congregants, and less absorbed in administrative tasks of running churches and synagogues.

While pioneering ordained women have continued to find themselves limited by the stained-glass ceiling, they have nevertheless transformed the American religious landscape by helping to redefine what it meant to be a religious leader.

One Response to “Women Clergy and the Stained-Glass Ceiling”