Wild Rice’s Refusal to Be Domesticated

The reality of wild rice defeated the best efforts of Europeans to domesticate it. 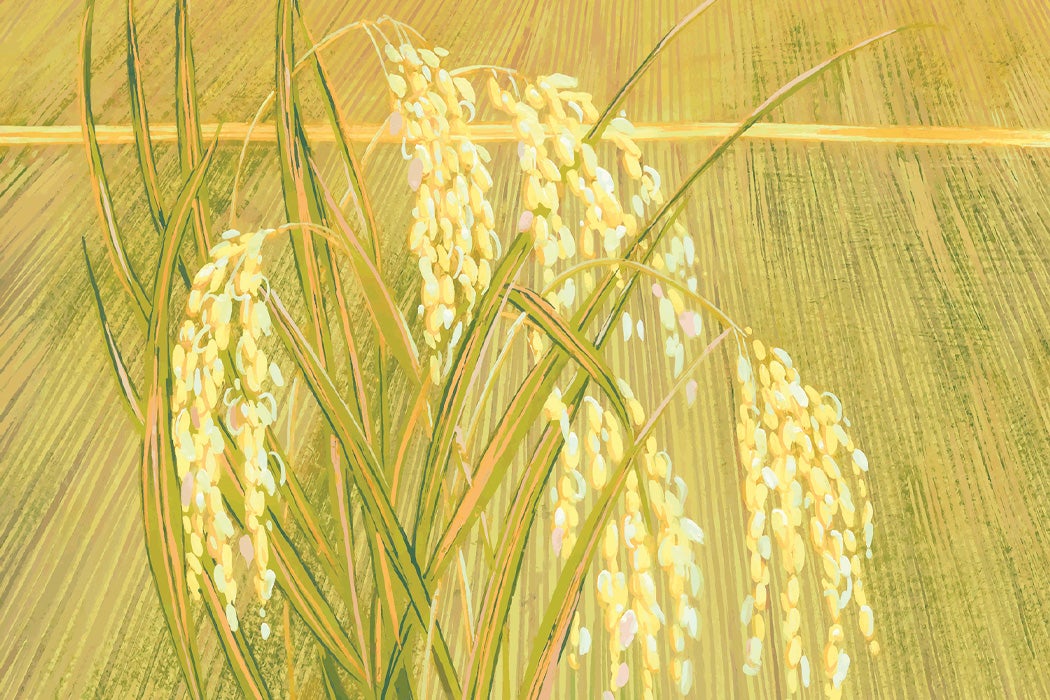 To the French explorers who were among the first Europeans to encounter it in North America, it was riz sauvage and folle avoine. The latter means wild oats. English-speakers now know this foodstuff by the former French name: wild rice. Evidence drawn from centuries before Columbus shows that wild rice was an important food and ritual item in North America. When Europeans discovered it, some of them began to think of it as the food to feed slaves, the poor, and expanding empires.

The historian Anya Zilberstein explores the wild rice mania, which took place between the Seven Years War and the end of the Napoleonic Era. With Joseph Banks at the fore—he was the pre-eminent naturalist of the day and the head of the Royal Society from 1778 to 1820—Europeans focused on wild rice as the next big thing. Zilberstein writes:

In the eighteenth and early nineteenth centuries, wild rice was the only native North American food plant that was the subject of significant, if subsequently forgotten, investigation in America and Europe.

There are three species of wild rice found in North America, all members of the Zizania genus. These grasses grew in “wetlands ranging from fresh to brackish marshes, swamps, and bogs to streams, shallow rivers, ponds, or lakeshores.” The grasses were found from Canada’s northern bogs down into coastal Georgia and South Carolina, and even east of the Rockies.

After the American Revolution, interest in this would-be miracle grain peaked. Zilberstein again:

Infestations of the Hessian fly in wheat crops, the Bengal famine, the loss of exports from the United States, destructive hurricanes in the Caribbean, and serious harvest shortfalls in Britain and Ireland combined to give renewed urgency to policies promoting a wider range of starches.

Potatoes from the New World were one such option. Breadfruit from Oceania was another theoretically easy starch to feed the poor and the enslaved. Banks had even higher hopes for wild rice as a “low-cost, nearly labor-free, alternative subsistence crop particularly suited to colder regions.”

However, Banks and other European simply didn’t understand Native American approaches to wild rice. The original Americans did not “subject the plant to thorough domestication.” They “intensively cultivated particular strands to ensure that they would regularly produce grain,” and there is evidence that they “might have sown seeds” to spread the crop. They certainly left grains in the water during their harvesting, helping to perpetuate the plant—and also to attract waterfowl. The waterfowl, in turn, were harvested for food and feathers.

The reality of wild rice defeated the best efforts of Europeans to domesticate it. Joseph Banks (and others) did get it to grow in Britain, but only barely. It never became a major crop like potatoes, corn, white rice, or wheat. Perhaps Europeans should have consulted the people who knew wild rice best: “Native American approaches to wild rice were tolerant of the plant’s irregular patterns of sprouting and growth.” They didn’t make this idiosyncratic plant an exclusive staple of their diet if they could help it. As Zilberstein puts it:

Their food culture was structured by a high degree of responsiveness and adaptability to prevailing but necessarily variable weather conditions. They manipulated wetlands to ensure better harvests, but they also moved camp when circumstances changed or they found more predictable areas of food production.

Zizania is “an exceptionally finicky and erratic plant and its unique physiology was incompatible” with the grand designs of Banks and co. “[I]n any particular wild rice stand, harvest failure has typically occurred every four years,” Zilberstein notes. No empire could be fed on this. Wild rice simply would not be standardized.