Why Ottoman Sultans Locked Away Their Brothers

Fratricide among rival princes was legal and widely practiced until 1603, so confinement to the palace was actually an improvement. 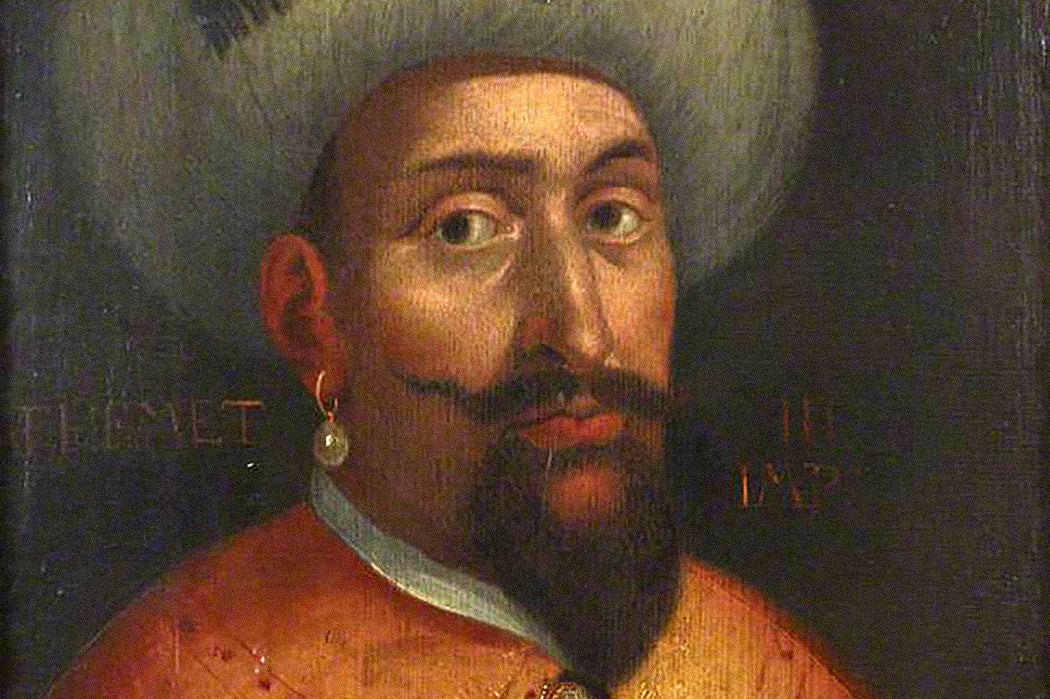 “The majority of legists have declared that those of my illustrious children and grandchildren who shall ascend the throne shall have the right to execute their brothers.”

With these words, Mehmed the Conqueror, sultan of the Ottoman empire, codified the Law of Fratricide. The law was merely the formalization of a long-standing practice: in the Ottoman tradition, the throne did not automatically pass to the eldest son. Rather, potential heirs were expected to fight it out. As soon as the sultan died, the princes were plunged into a race for the throne—each motivated by the knowledge that, if he didn’t claim the crown, whichever of his brothers did would probably do away with him.

When Bayezid I died in 1403, the resulting struggle between his four sons ballooned into a decade-long civil war.

This system virtually guaranteed a period of chaos between rulers, as the rival claimants vied for the throne. When Bayezid I died in 1403, the resulting struggle between his four sons ballooned into a decade-long civil war.

Of course, the crown prince could never shed the blood of his brothers. So he had them strangled instead. When Mehmed III was crowned, he called his nineteen brothers into the throne room. They had nothing to fear, he told them, for he had only brought them there to be circumcised. In the next room, the assassins were waiting. One by one, the princes trouped in. One by one, they were throttled with a silken bowstring. The youngest was only eleven.

“The sons of Turkish sultans are in the most wretched position in the world, for, as soon as one of them succeeds his father, the rest are doomed to certain death,” observed Ogier Ghiselin de Busbecq, the Austrian ambassador to the Ottoman empire. “[T]he conduct of the Janissaries [the sultan’s elite army corps] renders it impossible for the new Sultan to spare his brothers; for if one of them survives, the Janissaries are forever asking largesses. If these are refused, forthwith the cry is heard, ‘Long live the brother!’ ‘God preserve the brother!’—a tolerably broad hint that they intend to place him on the throne.”

This illuminates a key point: On the surface, the practice of fratricide was a display of absolute power, wielded with impunity, but what it really reflected was the sultan’s vulnerability. Since any prince was potentially a legitimate heir, any living brother was a threat to the sultan—and a source of potential leverage for the janissaries.

Interestingly enough, by thinning every generation to a single heir, the Ottomans prevented the development of a hereditary aristocracy like the ones that dominated the rest of Europe. Moreover, because the Ottomans frequently pruned the family tree, it could not sprout feuding factions: there was no Ottoman equivalent of the House of York or the House of Lancaster. The wars of succession fought by those European houses had a different character—they tended to erupt when the king died with no heirs, rather than too many—but they were no less bloody for it.

After the death of Mehmed III, in 1603, the Ottoman rulers shifted from fratricide to confinement. Perhaps this is because Mehmed’s slaughter of his nineteen brothers had crossed a line, or perhaps it was because his successor, Ahmed, was only thirteen, too young to have any heirs of his own.

This was the new system: after the age of seven, extraneous princes were confined in a palace-prison called the Kafes, a word whose multiple meanings expresses well its ambivalent mixture of luxury and imprisonment: it can refer to either a cage or a palanquin. At least in theory, a prince locked in the Kafes could not gather followers, incite rebellion, or lead a coup. The Kafe princes were safe, at the expense of their freedom.

Inside the Kafes, sunlight filtered through jewel-like stained-glass windows. The brilliant blue of the windows gave the rooms an eerie underwater quality. Gleaming Iznik tiles, painted with cypresses and twirling vines, adorned the walls: a simulacrum of the outdoors for princes who might not live to step beyond the palace gates.

Most of the princes who were confined to the Kafes stayed there until their deaths, but some were called out to become sultans. In the words of the cultural anthropologist David Graeber:

Each would take the throne in turn until none were left and then power would revert to the son of the first. This ensured that by the time most did come to power, they were not only quite old, but also lacked any experience of the world, and often were struggling with severe mental health issues caused by decades of solitary confinement… The most notorious, perhaps, of the period’s rulers, Ibrahim I (“the mad,” r. 1640–48), exercised absolute and arbitrary power inside the palace, at one point ordering his entire harem be tied into weighted sacks and drowned; at the same time, he knew almost nothing of life outside, and his interventions in public life were largely whimsical. (At one point he is said to have ordered his officials to locate the fattest woman in the empire, whom he ultimately made governor of Aleppo.) Eventually he was deposed and a child was made sultan in his place.

In 1632, when Murad IV’s janissaries were unhappy with him, they demanded that he bring out the princes, to prove that they were still alive: “The princes are our lord’s sons; we have lost confidence in you… bring out the princes and show them to us now… If you don’t do as we say, you are no further use to us as Sultan.” Even the hidden princes, shut away in the palace, could still become a bargaining chip.