Why Do Governments Target Protest Masks?

The galvanizing power of the ideology behind a protest mask is a palpable thing. 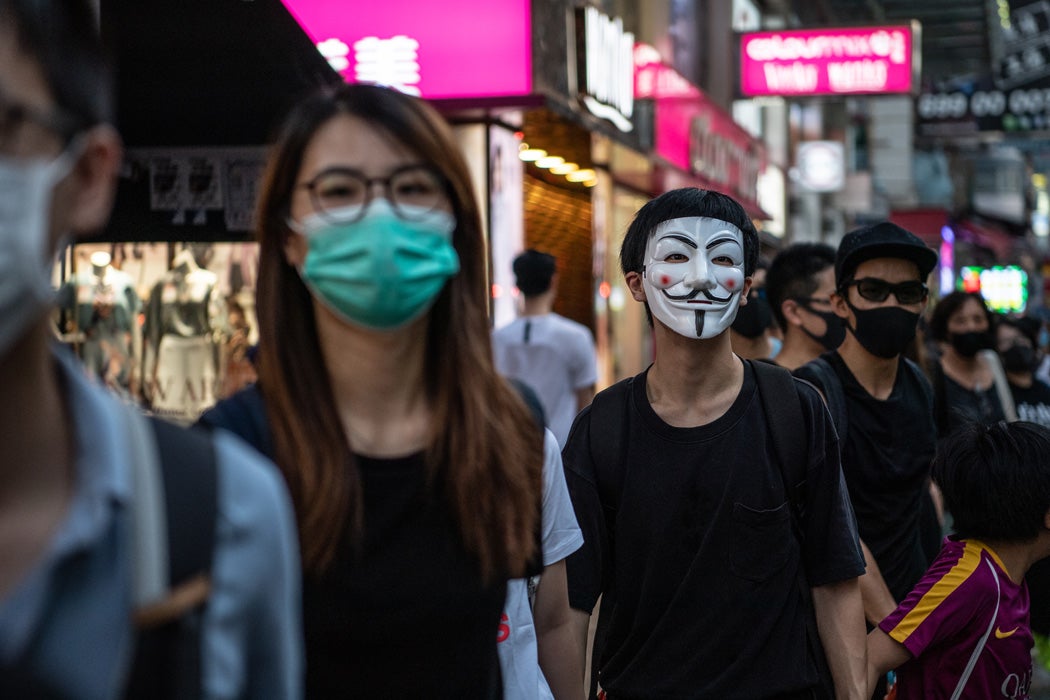 In Hong Kong, the third quarter of 2019 was marked by unrest, as protestors took to the streets, grabbing news headlines worldwide. In an attempt to quell the uprisings, the government invoked a colonial era-law banning masks in public; it’s a controversial move, but not an unprecedented one.

Writing in Critical Inquiry, the cultural critic Jennifer B. Spiegel examined a similar government ban against masks enacted 8 years ago, on the other side of the world, in Quebec, Canada. That ban was also enacted in response to mass student protests. Both protests were considerable in size, and they both captured the public imagination. At one point, Spiegel states that there were approximately 230,000 students on strike in Canada. Universities and colleges in the region were shut for nearly 6 months, and nearly 500,000 people were estimated to be at the largest march.

Making masks illegal marks dissidence as officially against the law, and starts turning the social engine against them.

In both Hong Kong and Quebec, the protests turned violent. It would seem that masks would be the least of the government’s problems. So why would legislation target such a seemingly innocuous element of the movement? Spiegel states there are multiple reasons for banning masks. The obvious: masks make it harder to identify protestors and make arrests. The slightly more sinister: making masks illegal marks dissidence as officially against the law, and starts turning the social engine against them. And the least obvious, but perhaps most important: masks are a powerful tool to create a collective identity and increase the power of a social movement.

Spiegel highlighted that, in Quebec, “[i]n the media and amongst police spokespeople and politicians, masks became associated with perpetrators of unregulated violence.” This urge to create an “us” vs. “them” narrative, a “good guys don’t wear masks” narrative, was very clear. As Spiegel reports:

In a bid to defend such preemptive legislation, the head of Montreal’s police union appealed to the ubiquitous good protestor/bad protestor divide: “The objective for us is to catch these trouble-makers before the situation spirals out of control, so that others, including families with children, can protest in peace and security.”

She adds a similar remark from Montreal’s Mayor Gerald Tremblay: “When your cause is just and your intentions are good, why hide your face or refuse to give your itinerary to police?”

Nonetheless, Spiegel also noted that only dissidents were refused the cloak of anonymity. She writes:

Not only are riot police protected and obscured behind their masks but cases abounded in Montreal, as across Canada and the United States, of officers removing or hiding their badge numbers, making it impossible for charges to be brought against them for brutality and breaching the law and their own codes of conduct.

Masks give citizens the security of anonymizing their rebellion, offering a security measure for citizens itching to find the like-minded and demonstrate their dissatisfaction. Spiegel notes how the Guy Fawkes masks of Anonymous, the rallying cry of the Zapatistas, and the unifying tactics of the Blac Bloc have all taken root in our imaginations and proliferated across the globe.

In the case of facing the threat of arrest, Spiegel writes that masks serve a higher ideological purpose: “This collective identity offers the sense that the rising oppressed are omnipresent—that one can brutalize and imprison single individuals, but that their spirit will remain free and embodied by others.”

This isn’t merely a philosophical musing. The galvanizing power of the ideology behind a mask is a palpable thing. Masks from the hit show Casa de Papel, in which bank robbers take over the Royal Mint of Spain, donning Dali masks, partly as a hit against the system, jumped from the screen to real life in a protest in Puerto Rico. And the Guy Fawkes mask remains an enduring symbol of rebellion for a cause, from V for Vendetta to Anonymous. In context, the targeting of masks in widespread student protests doesn’t seem trivial: it seems inevitable.

Masked Protest in the Age of Austerity: State Violence, Anonymous Bodies, and Resistance “In the Red”
By: Jennifer B. Spiegel
Critical Inquiry, Vol. 41, No. 4 (Summer 2015), pp. 786-810
The University of Chicago Press 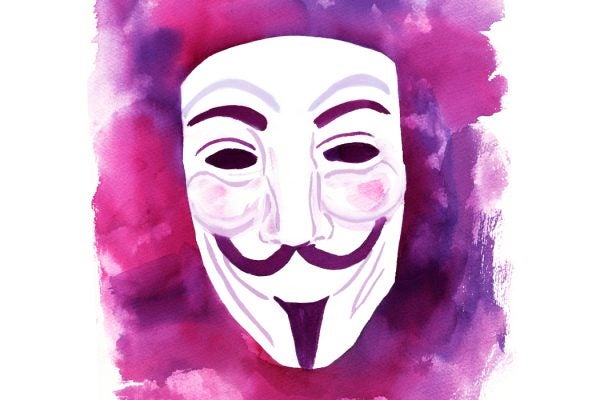 The cultural meaning of Guy Fawkes’ conspiracy to blow up the House of Lords has shifted, from countercultural symbol to HBO drama.