Mohamed Morsi was elected president in 2012, in Egypt’s first free elections. His death has put his brief presidency back in the spotlight. 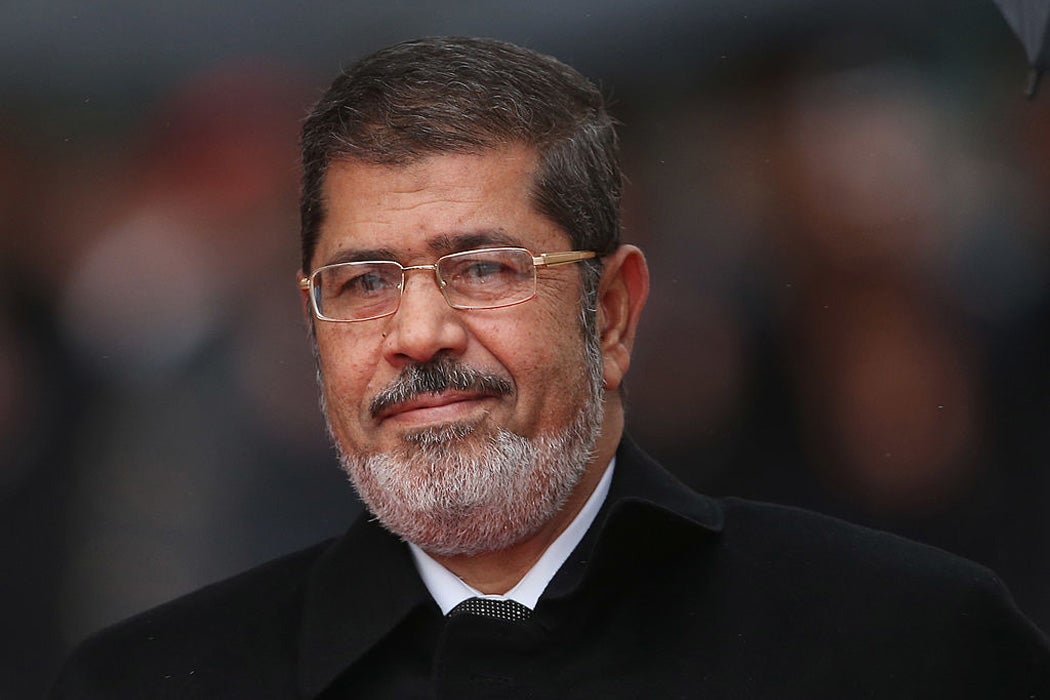 Egyptian Ex-President Mohamed Morsi died of a heart attack on June 17, 2019, in a soundless cage in a Cairo courtroom. A leader in the Muslim Brotherhood, Morsi was Egypt’s first democratically elected president. His 2012 election was also the first fairly contested presidential election in Egyptian history. It occurred following the popular revolution in 2011 that compelled the military to depose thirty-year president Hosni Mubarak.

Like most of the other Arab states that saw protests in 2011, Egypt has since undergone a repressive counter-revolution. In July 2013, the military removed Morsi from office and banned the Muslim Brotherhood’s Freedom and Justice Party. The military also murdered more than 800 protestors in Cairo’s Rabi’a al-Adawiya Square in August of 2013 and imprisoned thousands of activists from different ideological backgrounds.

The success of the counter-revolution and rise of Abdel Fattah al-Sisi to the presidency is typically understood as the victory of the Egyptian “deep state.” Leaders from Egypt’s army, national police, judiciary, and other executive bureaucracies certainly closed ranks against the elected leaders of the Brotherhood. But this fact fails to explain the massive protests in June 2013 against the Brotherhood that were the pretext for al-Sisi’s coup on Morsi.

Researcher Mahmoud Jaraba examines the numerous ways that Morsi and the Brotherhood contributed to their own demise between 2011 and 2013. The Muslim Brotherhood was founded in the 1920s as a religious revival social organization targeted at the growing urban middle class. It later evolved and grew into the largest activist movement in Egypt, seeing both periods of relative repression and tolerance. This history made its relationship with Egypt’s secular military-backed governments wary.

Morsi and the Brotherhood embarked on a campaign to eliminate their opposition as quickly as possible.

When the 2011 revolution broke out, Brotherhood leaders did not initially take a position. They later encouraged their members to participate without invoking the Brotherhood’s Islamist slogans or ideology. But with Mubarak’s ouster and the beginning of a political transition, they sided with the military against secular and leftist protesters in favor of holding parliamentary elections before drafting a new constitution. Employing the strongest mass organization of any party, they succeeded in taking a large plurality of seats in the new legislature and finally, after a two rounds and a legal battle, the presidency in 2012.

Yet while formally assuming these offices of power, Morsi and the Brotherhood still shared effective power with the military and other bodies. Paranoid and with little governing experience, they embarked on a campaign to eliminate their opposition as quickly as possible. But they only succeeded in alienating any potential allies and the public at large.

Morsi soon revoked an interim constitutional declaration that defined his relationship to the military leadership and forced through a new constitution with little cooperation from other revolutionary parties in December 2012. Although it made no direct move on military or police authority, the Brotherhood sought to impose its will on the judiciary, prosecutor’s office, and cultural and social ministries, sparking outrage in many different areas of Egyptian society. Morsi even decided to cull the older generation of generals in the military leadership, actually placing al-Sisi as chairman. The Brotherhood’s own actions effectively squandered the public legitimacy that was its only support.

After he was removed from office by the military, Morsi spent the following six years facing trials for espionage and other charges in solitary confinement, where he was denied medical attention for diabetes, kidney, and liver disease. With the Brotherhood struggling to remain a relevant political movement, Morsi’s death has drawn only subdued global attention to the suffering of the political opposition in Egypt. In recent years, Egypt’s Western allies have mostly ignored this suffering. Egyptian state television did not even acknowledge he had ever been president. 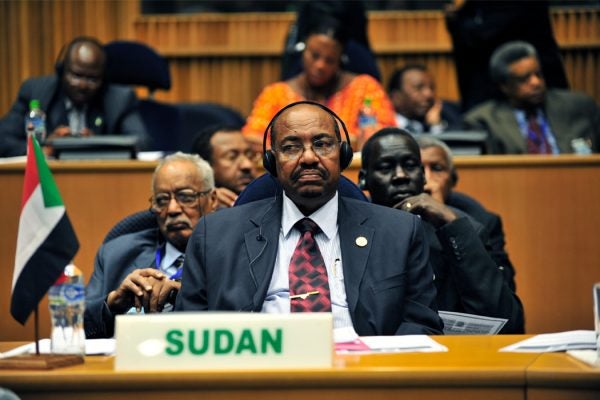 Sudan’s Revolution and the Geopolitics of Human Rights

Sudan's former president Omar al-Bashir was indicted by the International Criminal Court on charges of war crimes and genocide. Why isn't he on trial?