Who Was Elsie, besides the World’s Most Famous Cow?

In the Great Depression, Borden sought a new spokescow to help preserve its traditional agrarian image. 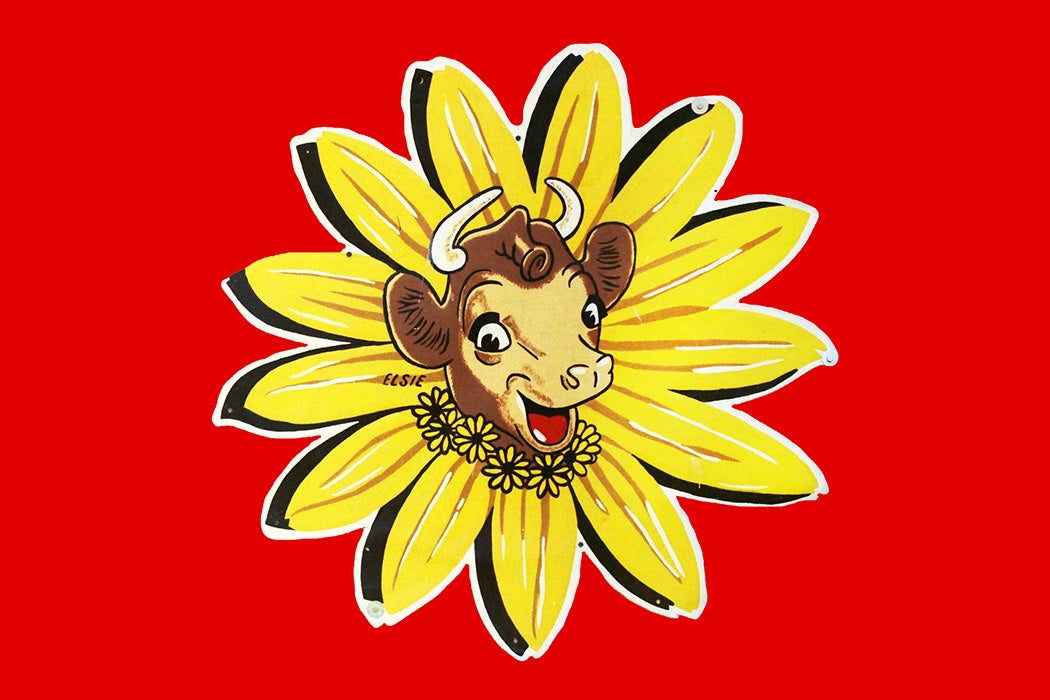 It’s a time-honored way of boosting a brand’s image: find an attractive celebrity to help with the marketing. In 1939, the historian Anna Thompson Hajdik writes, Borden Milk did just that, introducing the world to Elsie the Cow.

Publicity-wise, this was a tough time for the milk industry, Hajdik writes. Early on in the Great Depression, demand for milk dropped while production rose, putting pressure on small dairy farmers. Part of the problem was the rise of new farming technologies. Fancy equipment cost money that many small operations didn’t have, and ultimately drove prices down, rather than boosting their profits. Farmers staged milk strikes, demanding better deals from big milk companies like Borden. New Deal regulatory controls helped address the issue for a while, but, in February of 1939, a federal court decision struck down those regulations. Borden immediately slashed the prices it paid farmers. In the summer of 1939, a new wave of milk strikes swept dairy country.

In a full-page Life Magazine ad, the cartoon cow arrived in the big city.

That’s when Elsie made her public debut. Hajdik writes that the “spokescow” had actually been born three years earlier, as a cartoon illustration. But, in the face of potentially image-damaging news, Borden rolled out a new publicity campaign around Elsie’s appearance at the 1939 World’s Fair in New York City. In a full-page Life Magazine ad, the cartoon cow arrived in the big city. “But you promised me a meadow!” Elsie declares in the ad copy, to which the “World’s Fair Man” replies “It’s Flushing Meadow—the most wonderful meadow you’ll ever see.”

Elsie’s persona—a distinctly feminine country cow, bemused by the sights of the big city—stood in contrast to the main attraction of Borden’s pavilion, the Rotolactor. This high-tech system allowed 250 cows to be milked in an hour with minimal human labor. This was just the kind of technology that brought down milk prices, but made farming more economically treacherous.

Hajdik writes that Elsie helped reconcile the cutting-edge machinery with the traditional agrarian image of the dairy industry. But, when fair visitors showed up, Borden had a problem. Elsie, being just a cartoon, wasn’t among the 150 cows on display. That didn’t suit the viewing public at all. Among people asking questions of the pavilion’s workers, Hajdik writes, “20 percent of people wanted directions to the restrooms, 20 percent wanted information about the Rotolactor, and 60 percent wanted to know which of the cows was Elsie.”

Borden quickly promoted a seven-year-old Jersey heifer with the registered name “You’ll Do Lobelia” to be the living embodiment of the mascot. “Elsie” quickly became a celebrity. At one point she was better-known than Mickey Mouse. She appeared in movies and “married” Elmer, the white bull who—somewhat disturbingly—was the mascot for Elmer’s Glue. Sadly, Lobelia/Elsie died in a traffic accident in 1941, just two years after her rise to fame, but she was quickly and quietly succeeded by a new heir to the name. One real-life Elsie or another was in the public eye through the mid-1960s. Even today, the company’s website prominently declares its milk “approved by Elsie.” 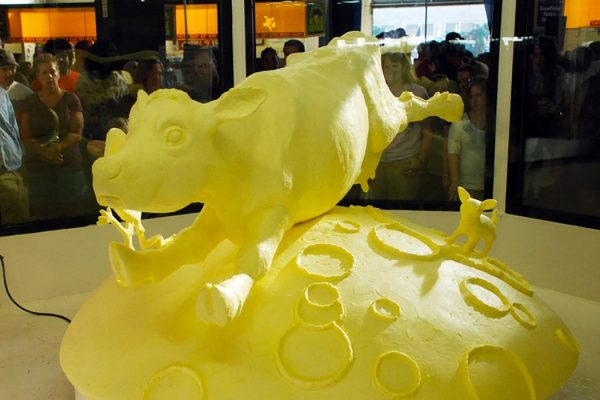