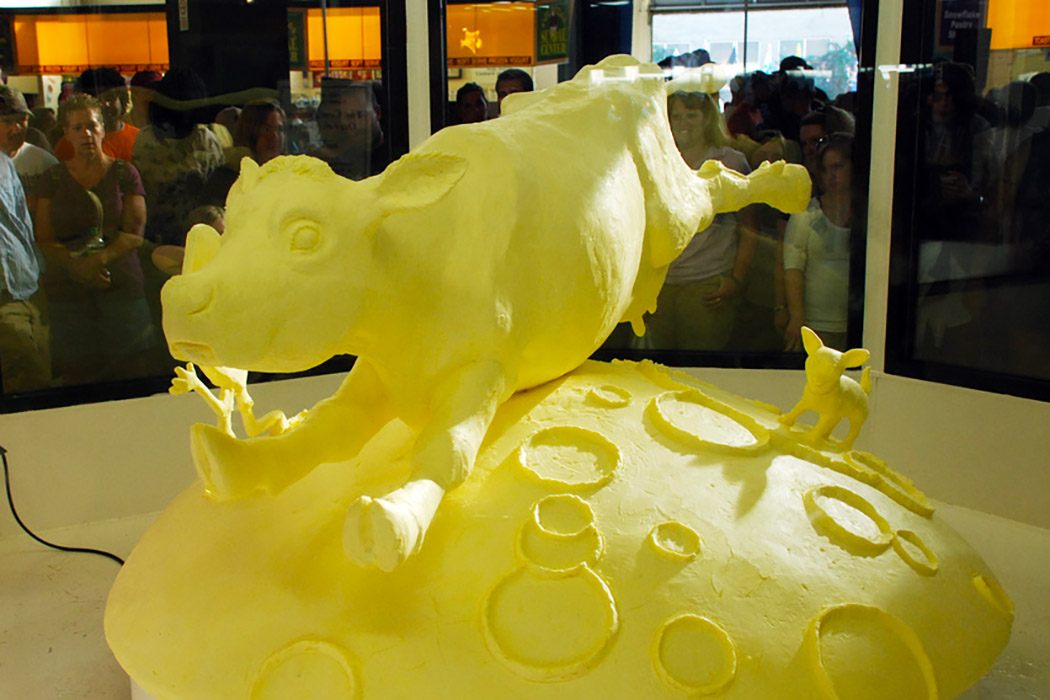 Every year in early January, the Pennsylvania Farm Show kicks off with the unveiling of a work of art—a sculpture made from more than 1,000 pounds of butter displayed in a refrigerated room. By August, the height of state fair season in the United States, tens of thousands of pounds of butter will have been layered atop frames of wire and canvas to form these unexpected artworks. Bucolic farm scenes and the ever-popular butter cows, as well as motorcycles, sports mascots, and the crew of the USS Enterprise, are just a few examples of butter sculptures from 2016.

The practice of using food as a medium for art dates back centuries. Butter sculptures, often of animals, were commonplace on the banquet tables of the Renaissance era, and the Buddhist practice of carving mandalas and deities from brightly tinted yak butter began in the fifteenth century (or earlier). But for the art historian Pamela Simpson, one of the few scholars on the subject, state fair dairy displays offer a uniquely American mix of abundance, artistry, and advertising.

In the late 1800s, food art was the way the American Midwest celebrated—and advertised—its agricultural abundance. In 1887, Sioux City, Iowa, blessed with an ample harvest, built a palace out of corn and grass, starting a trend of what Simpson calls “cereal architecture.” At the era’s international exhibitions, the United States was represented by such displays as a Liberty Bell constructed of oranges, a California state house shingled with almonds, and a life-sized knight fashioned from prunes.

But butter had an advantage over most agricultural products as an artistic medium: It had some similarity to clay. In the right hands—like those of ninteenth century artist Caroline Brooks—butter could be used to create fine art.

The artist Caroline Brooks preferred butter to clay. Butter was more responsive to the artist, she said.

Brooks lived on a farm in Arkansas when she began sculpting in 1867, creating butter animals to sell for extra money during a lean year. She had a talent for it, and several years later, inspired by a book she had read, she created a butter sculpture of the main character, a blind princess named Iolanthe. The statue was displayed in Cincinnati, where an estimated 2,000 people came to see it, paying 25 cents apiece. The “translucence [of the butter] gives to the complexion a richness beyond alabaster and a softness and smoothness that are very striking,” the New York Times wrote of Brooks’s work.

Brooks went on to tour the United States and Europe with her butter sculptures. Later she moved on to other media, creating portraits of U.S. presidents and other notable figures in plaster, marble, and bronze—but she continued to model her sculptures in butter first. Throughout her career she preferred it to clay, which dried and cracked; butter was more responsive to the artist, she said. 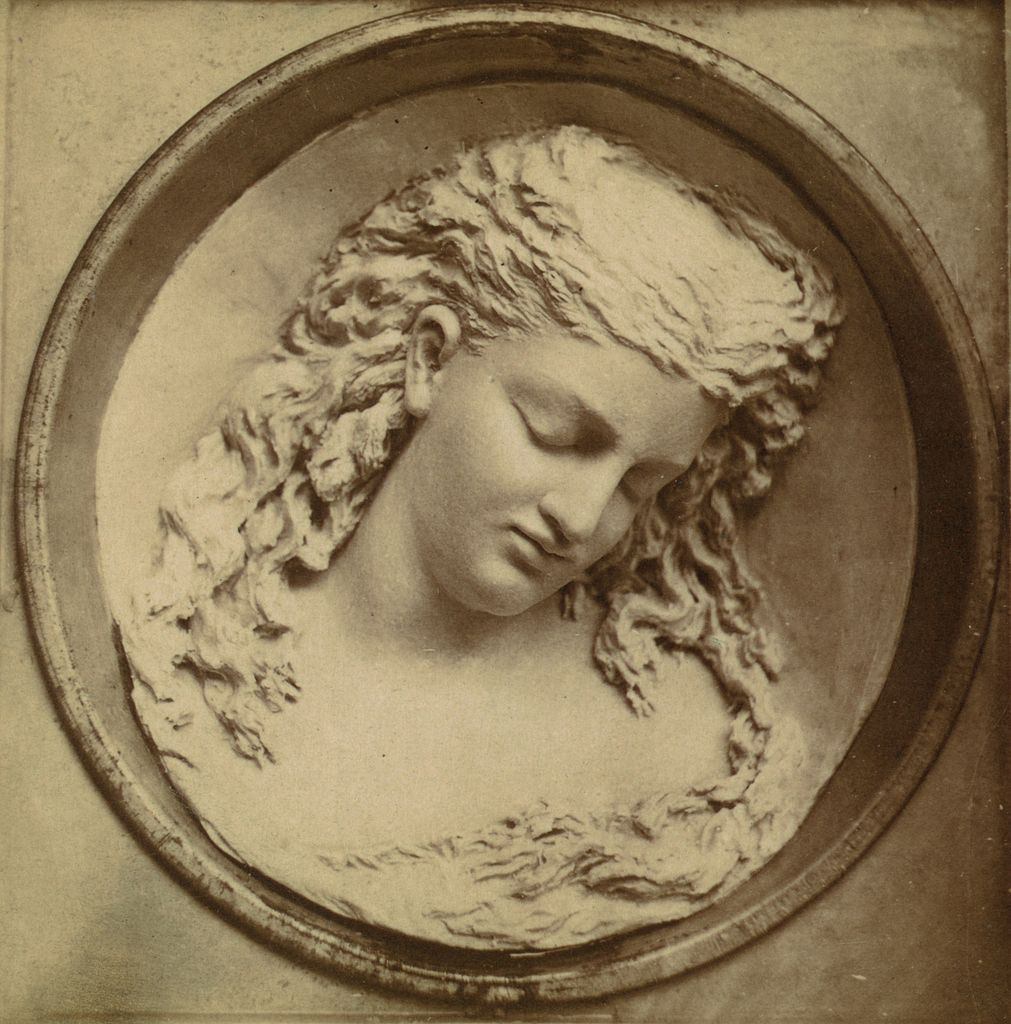 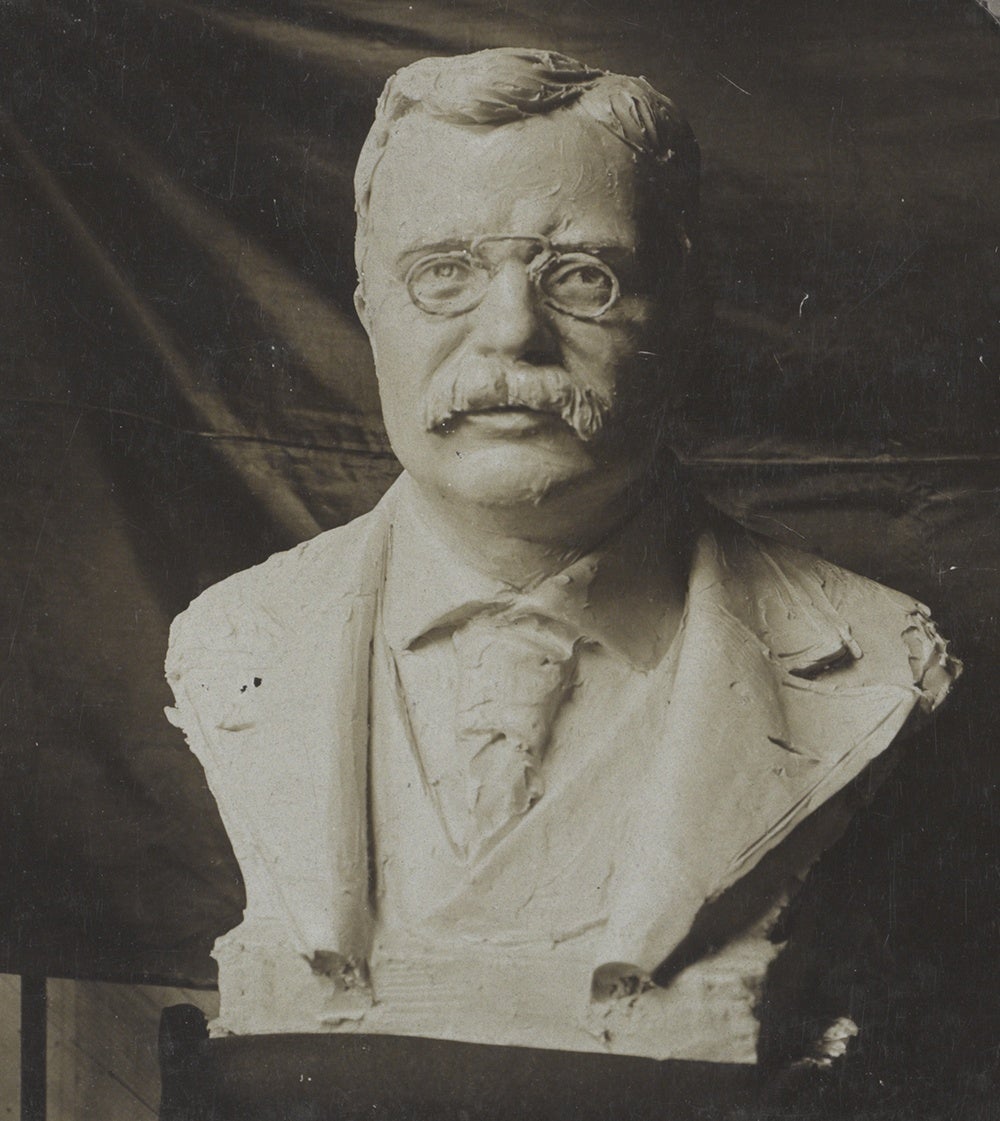 A bust of Teddy Roosevelt made from butter, 1904 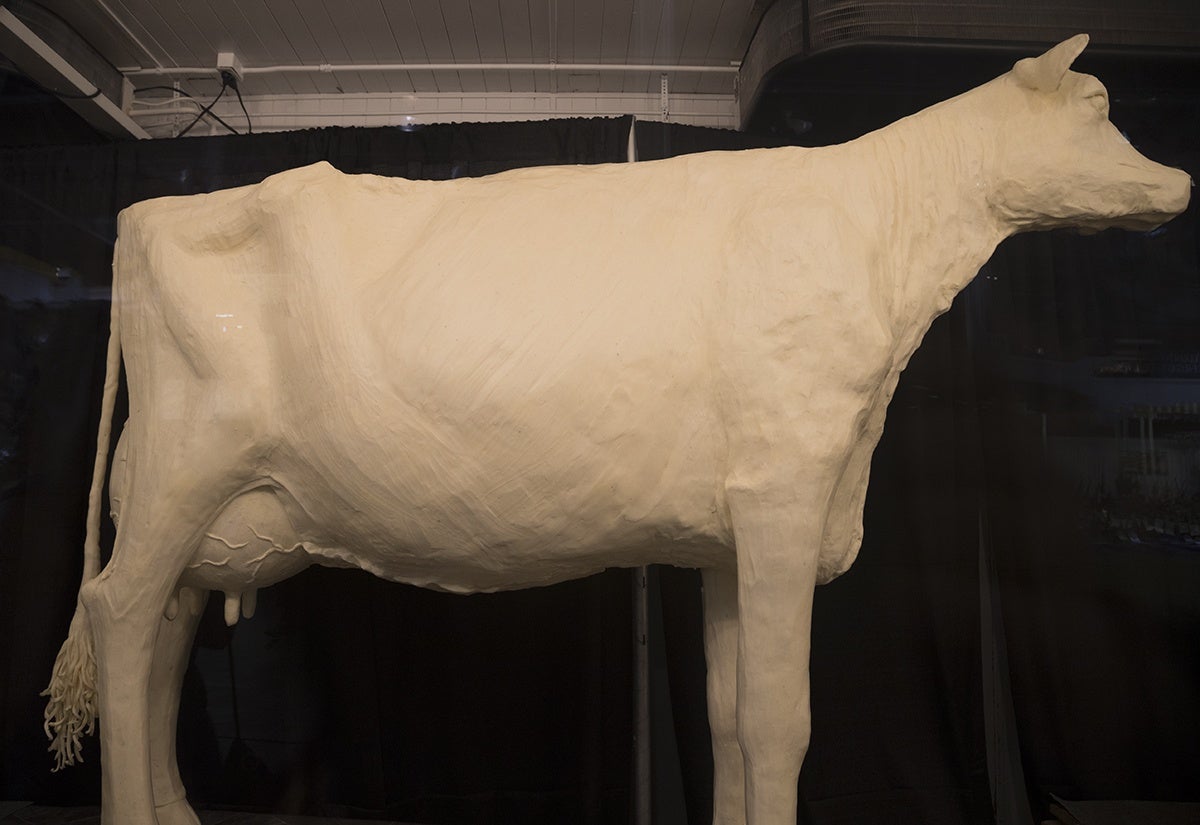 The classic cow butter sculpture from the 2016 Iowa State Fair 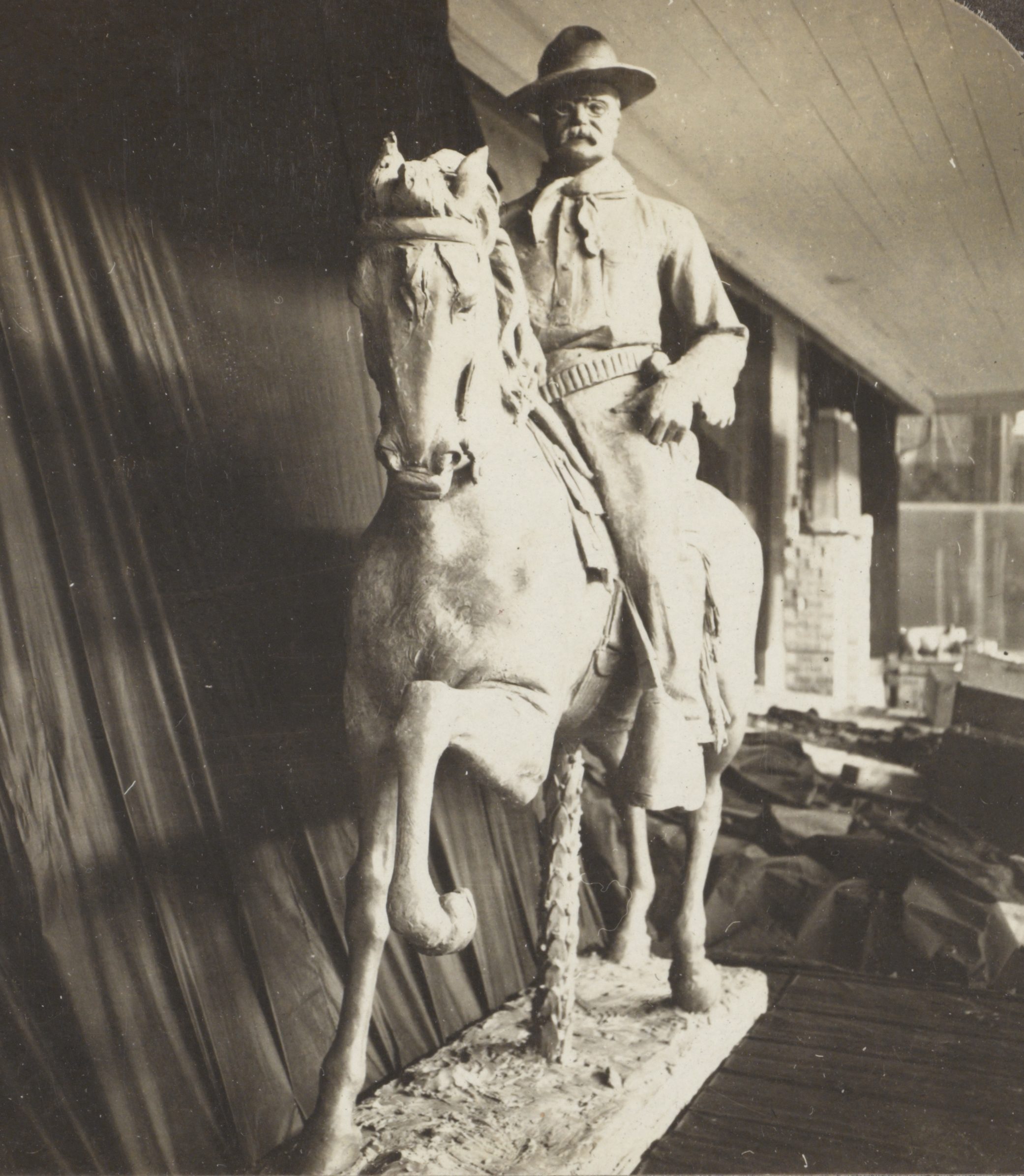 Butter did have one significant drawback as an artistic medium: It had to be kept cold. In 1878, Brooks had planned to travel from New York to Paris with a butter sculpture for display in the International Exhibition, but she had to wait until she found a ship carrying enough ice to keep her sculptures cold during the journey. She arrived in France—with “110 lbs. of butter,” the customs official noted—too late to join the exhibition.

After the turn of the century, however, the drawback became a draw: Butter sculptures became a way to show off new-fangled refrigeration systems.

Advertising had always been one of the main goals of butter sculpture. In the late 1800s, it advertised the Midwest to settlers. In the early 1900s, as individual farmers formed the dairy collectives that became the big companies of the modern day, it became a way to advertise the dairy industry and the technology of refrigeration. And after World War II—during which butter sculpting largely ceased as a result of food shortages—the artworks served as advertisements for wholesome, old-fashioned butter over the newly popular oleomargarine.

Today, crowds line up to witness live butter sculpting at the Minnesota State Fair, where the same woman has been carving the likenesses of the fair’s “dairy princesses” into butter every year for the past 40 years—an advertisement for the country’s enduring love of tradition. 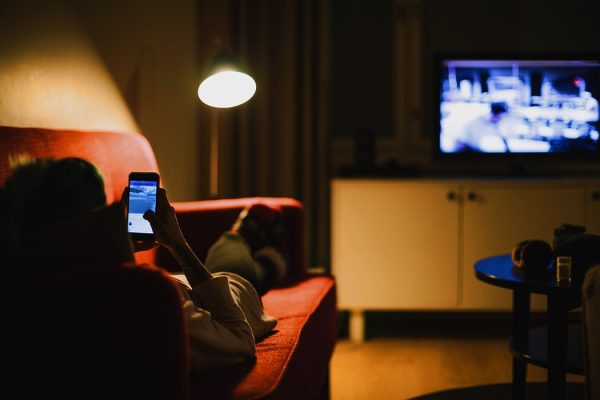 Psychological State Of The Union

Mediated Reality is No Match for Personal Experience

The world represented in the media greatly influences our understanding and beliefs about reality. But our lived experiences might be more important.