Who Belonged to the Beaver Hall Group?

An association of Montreal-based artists, the Beaver Hall Group embraced the free-spirited Jazz Age in their work, their habits, and their lifestyles. 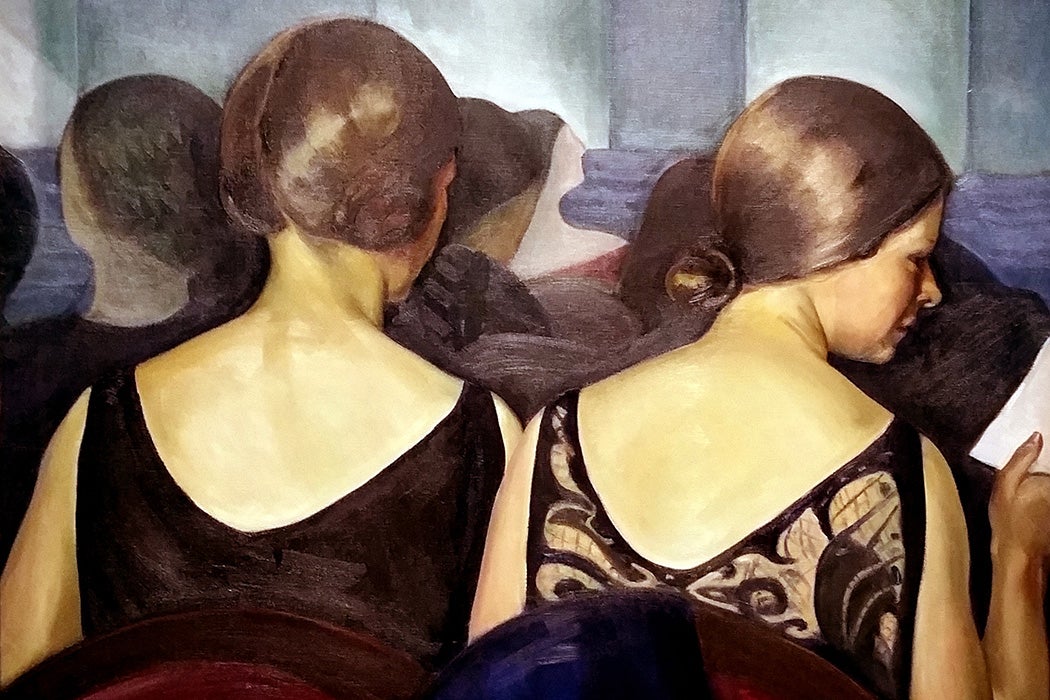 Their paintings are scattered all over Canada. Prudence Howard’s At the Theatre, with its subjects’ bare backs provocatively exposed to the viewer, hangs in the Montreal Museum of Fine Arts in Quebec. Lilias Torrance Newton’s Portrait of Madame Lily Valty, with Madame Lily’s hands demurely folded in front of her, is featured in the Glenbow Museum in Calgary, Alberta. Emily Coonan’s Girl in a Dotted Dress can be found in the Art Gallery of Hamilton, Ontario.

These works of art belong to the Beaver Hall Group, an association of cutting-edge, Montreal-based artists whose allegiance lasted briefly, from 1920 to 1922, but still managed to make an impression on the Canadian art world. The name comes from the set of rooms they pooled money together to rent at 305 Beaver Hall Hill as a shared artists’ studio. Though there were a few men associated with the group, the majority of its members were women.

They were a group, but each was their own person.

The artists of the Beaver Hall Group are perhaps less celebrated than their direct counterparts, the Group of Seven, because their works as a collective cannot really be distinguished as a brand. Gallery visitors often struggle to look at a painting and confidently declare, without glancing at the name card, “That’s a Beaver Hall Group painting,” as they may be able to do with one of the Group of Seven’s iconic snowy mountains or autumn forests. Aesthetically and thematically, the artists at Beaver Hall produced more varied canvases. Art critic and journalist Joyce Millar discusses the group’s subversive and independent ways, noting that “Anne Savage, Sarah Robertson, Nora Collyer, and Mabel May focused on landscape and Emily Coonan on the figure, Lilias Torrance Newton and Prudence Heward pursued psychological themes, and Ethel Seath, Mabel Lockerby, and Kathleen Morris represented the narrative tradition in art.”

The Beaver Hall Group’s collaborative efforts were restricted to administrative matters and finding each other housing and spaces in which to work. In regard to their output, they expressed themselves individually and chose their own themes, without feeling compelled to make their work complement that of another artist or defer to an image that was distinctly Canadian. “Unlike the Group of Seven, who promoted a nationalistic ideology, the Beaver Hall Group was not overtly concerned with aesthetic theories or ‘schools,’” Millar writes. The Beaver Hall women especially were nonpartisan artists who just so happened to be in an alliance. They were a group, but each was their own person.

As for their personal lives, the group lived outstandingly liberated, bohemian existences. They traveled widely, went on excursions, cultivated their trademark styles and techniques, held exhibitions of their work, and mixed with other artists and movements. Women in the post-WWI era who had the courage to do so leaped toward freedom and equality; the artists working at Beaver Hall certainly did, embracing the habits, culture, and consequences of being “modern women.” Critic Alicia Boutilier colourfully describes the group and their endeavors as an “apt springboard for considering the broader context of cultural presentation in Montreal—theatre, cinema, dance and music, particularly jazz, the latter becoming a metaphor under the pen of contemporary critics for everything bad or good about modernism in art.”

The members of the group were painting and partying at the height of the Jazz Age, a term coined by author F. Scott Fitzgerald to describe the explosion of free spiritedness—especially in women, who adopted boyish hairstyles and short skirts as new age “flappers”—in the second decade of the twentieth century, fueled by booze, upbeat music, and the incredible relief of having survived a war. Out of the Beaver Hall Group’s female participants, only Lilias Torrance Newton settled down and married a man (stockbroker Frederick G. Newton), though she continued to incorporate painting into a routine of domesticity and motherhood. Painting, to the artists of the group, was not just a lifelong occupation—one that lasted long after the association itself had disbanded—but a lifestyle choice to which they fully committed, whether they were a man or a woman. 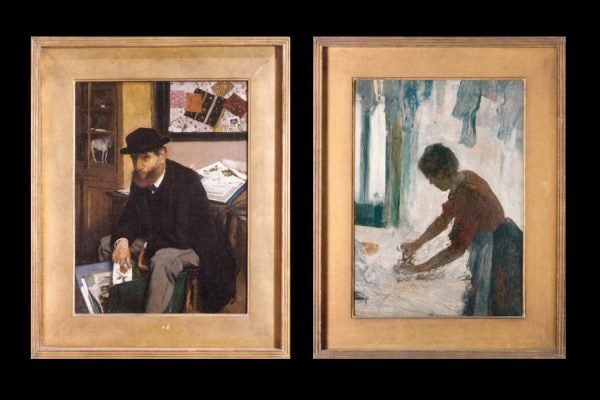