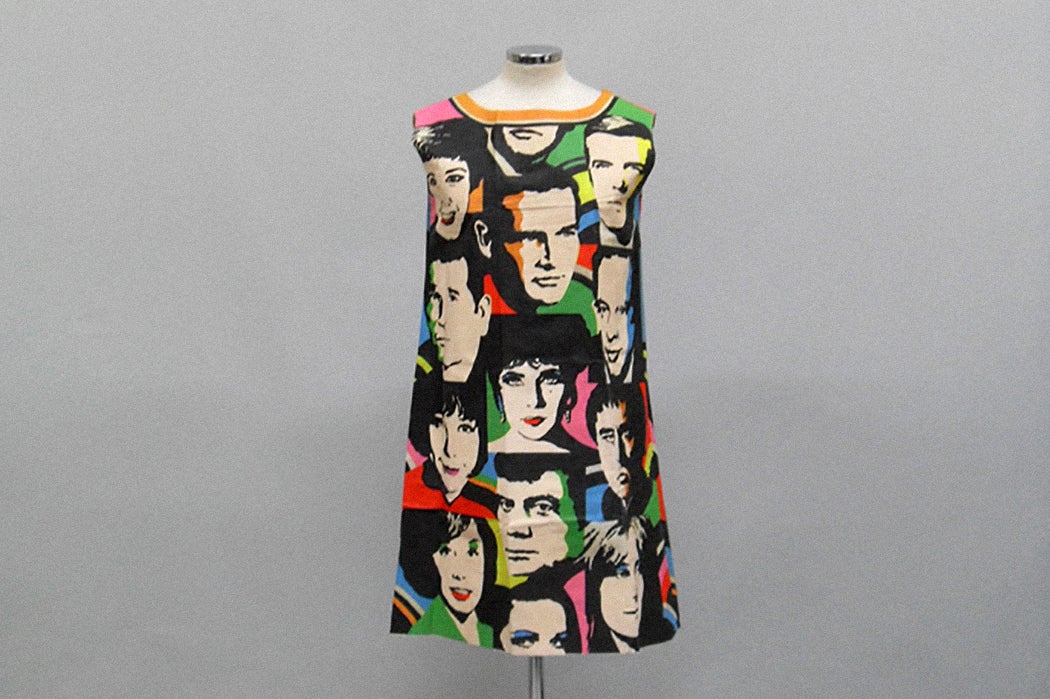 "The Big Ones of '68" a paper dress by Universal Studios, 1968
via Wikimedia Commons
By: Ashawnta Jackson
3 minutes
Share Tweet Email Print

The paper dress was a blip on fashion’s radar, popular for just two years, between 1966 and 1968. But when these dresses came to the market, they couldn’t be made fast enough. As art historians and curators Stamos Fafalios and Vassilis Zidianakis write, thousands of the dresses were produced and sold at “drugstores, supermarkets, department stores, and by mail order in exchange for clipped coupons and box tops.” But this short fad had a long-lasting impact. As Fafalios and Zidianakis argue, “its merger of paper, visual art, wearable form and consumer delight summarizes a culturally dynamic moment, and remains an inspiration to contemporary artists and designers.”

Paper fashions had been worn well before they became trendy. In Japan, for example, paper clothing dates back over a thousand years. “According to legend,” Fafalios and Zidianakis write, “in 988 a Buddhist monk” made a shirt from “the pages of old sutra.” This was known as kamiko, a technique in which clothes were made from “strong sheets of paper that [had] been softened and starched with vegetable juice.”  Shifu, a weaving method using strips of paper, was introduced in Japan in the sixteenth century. In 1907, a paper thread was developed in France, with contemporary reports describing it as “stout, unshrinkable, impervious to damp, non-inflammable and [costing] two-thirds less than cotton.”

These dresses did have one thing in common with paper—they were designed to be used just once and discarded.

The first paper dresses in the United States were actually marketing items. In 1966, the Scott Paper company released the “Paper Caper” dress to advertise its new brand of toilet paper, paper towels, and napkins. As historian Joseph E. Kapler Jr. writes, for $1.25 customers got a dress and “also received coupons for Scott’s [products].” Over half a million orders were placed. Yet, as Fafalios and Zidianakis point out, the dresses weren’t all paper: “their components included cotton, rayon, polyester and new-technology synthetic fibers in addition to cellulose.”

But these dresses did have one thing in common with paper—they were designed to be used just once and discarded. This was era-appropriate, explain Fafalios and Zidianakis. Younger generations in postwar America were getting used to single-use items, like cups, tablecloths, and diapers, and paper fashion reflected the desire for “affordable, fashionable and futuristic design.” And for the manufacturers, these items were cheap to make.

Others soon followed Scott’s lead and began producing paper dresses advertising everything from movies to alcohol. A few airlines made paper uniforms for their flight attendants. Presidential candidates who might not have agreed on much agreed on this: they needed paper dresses. Richard Nixon, Nelson Rockefeller, George Romney, Eugene McCarthy, and Robert F. Kennedy each had paper dresses produced for the 1968 election. Andy Warhol, whose pop-art style influenced many of the dresses’ designs, got into the act, designing a paper dress for the singer Nico. In 1966, the Mars Manufacturing Company introduced a plain-white DIY dress that came with watercolors and a paintbrush.

But, like the dresses, the trend didn’t last. Scott Paper stopped producing its own after six months, because the company “didn’t want to turn into dress manufacturers,” Kapler explains. And growing concerns about the environment meant that disposability declined as a selling point; the fad waned by 1968.

Although these dresses reflect their era in many ways—from design to disposability—Fafalios and Zidianakis write that they also reflect the culture of today: “the goal of bringing art and life closer together remains entirely contemporary.” 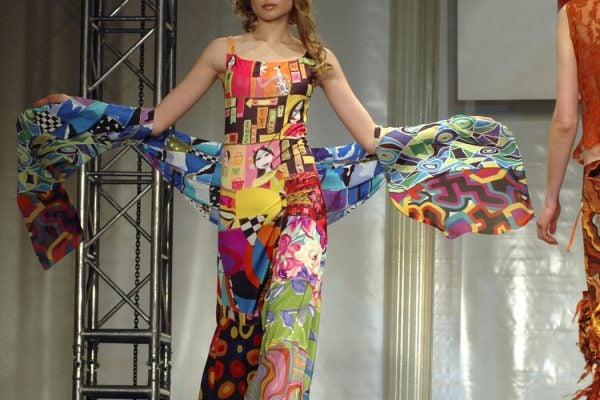