When Jazz Was a Public Health Crisis

In the 1920s, jazz music was thought to cause physical illness or even disability. 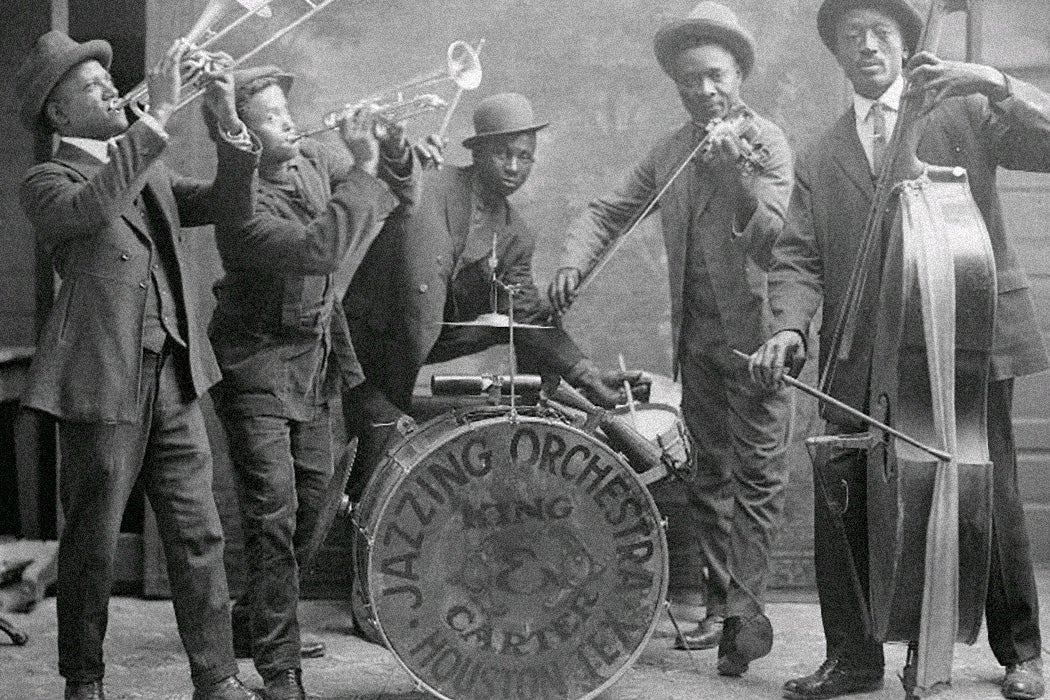 In 1923, the Illinois Supreme Court upheld a ruling shutting down a dance hall that featured jazz music. The opinion, shared by many in polite society, made clear that jazz was considered not just a mere nuisance, but a danger to health and public safety. The court stated that the music

is not only disagreeable but it also wears upon the nervous system and produces that feeling which we call “tired.” That the subjection of a human being to a continued hearing of loud noises tends to shorten life . . . is beyond all doubt.

Historian Russell L. Johnson traces this early twentieth-century theory that jazz, with its discordant rhythms and off-beat timing, could cause physical illness or even disability. He finds the theory’s roots in the seismic shifts transforming American culture in the 1920s.

Doctors described jazz enthusiasts that were “nervous and fidgety,” with “perpetually jerking jaws.”

Theories about the connection between music and health have persisted throughout history. Instances of music being used to soothe maladies feature in the Bible and in Greek and Roman mythology. Johnson writes that Beethoven was criticized for the “deafness and madness” contained in his compositions. The recurring theme is generally that the “positive vibrations” produced by rhythmic sounds are associated with nature and good health, while discordant sounds like jazz music are antithetical to nature and could, therefore, have a negative effect on health.

For critics, jazz symbolized the chaos of a society that was changing and modernizing at warp speed. American life was literally becoming noisier, as electric appliances moved into homes and automobiles took over the roads.

What’s more, young people, disillusioned by war, were turning their backs on the uptight social mores of the Victorian Era. They gathered in speakeasies where people from different genders, races, and social classes mixed freely and they danced the Charleston, itself described as resembling an epileptic fit.

All this external stimulation was thought to cause neurasthenia, a neurological condition that caused headaches, agitation, and depression. Extreme cases could manifest physically: doctors described jazz enthusiasts that were “nervous and fidgety,” with “perpetually jerking jaws.” Milwaukee’s public health commissioner claimed that the music damaged the nervous system, and a Ladies’ Home Journal article reported that it caused brain cells to atrophy. In Cincinnati, a maternity hospital successfully petitioned to have a nearby jazz club shut down, arguing that exposing newborns to the offending music would have the effect of “imperiling the happiness of future generations.”

It’s probably not a coincidence that concerns about jazz-induced disability arose at the same time that conventional thinking about the nature of disability was changing. The focus moved from removing the impaired from society to the notion that people, once disabled, could be rehabilitated into productive members of society. The war had drawn attention to the effects of shell shock, and to potential treatments that could rehabilitate returning soldiers. One of these remedies was music therapy, which came into common usage in the 1920s. Isa Maud Ilsen, one of the founders of the National Association for Music in Hospitals, asserted that “the vital functions of the body are all rhythmic when in a perfect state of health.” Therefore any music that provided a therapeutic effect must be rhythmical as well. Jazz was decidedly not therapeutic.

According to Johnson, there was good news for those afflicted with jazz-induced illnesses: their condition wasn’t terminal. Rehabilitation was possible. Jazz was divided into two categories: hot jazz and sweet jazz. Hot jazz was the loose, syncopated rhythms played mainly by African-American musicians who’d brought the style from the South to the cities of the North in the years following World War I. Sweet jazz, on the other hand, referred to the musical style as it was interpreted by mainly white musicians to appeal to a wider commercial audience. This rendition traded the spontaneity of hot jazz for a sound that was precise and controlled. Jazz fans were told they could mitigate the damage done by trading the primitive, untamed (read: black) beats of hot jazz for more acceptable rhythms of sweet jazz.

'Disease Is Unrhythmical': Jazz, Health, and Disability in 1920s America
By: Russell L. Johnson
Health and History, Vol. 13, No. 2, Special Feature: Health and Disability (2011), pp. 13-42
Australian and New Zealand Society of the History of Medicine, Inc 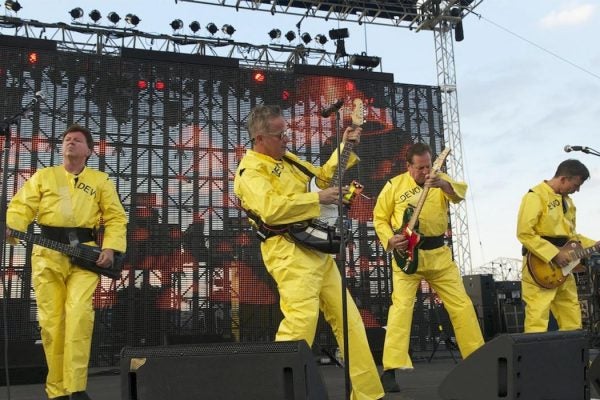