When Germany Called its Soldiers Hysterical 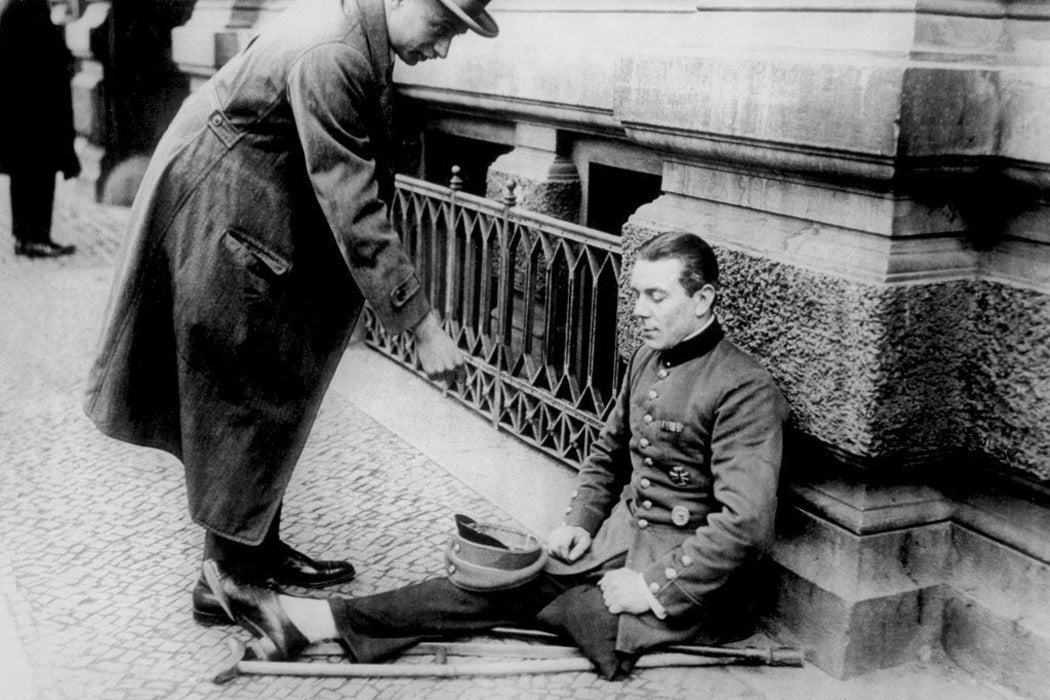 For many soldiers who returned from World War I, the terror of combat never abated. Though the statistics are still fuzzy, at least one historian estimates that upwards of twenty percent of all soldiers suffered from shell shock, the early twentieth-century name for combat PTSD. But in Germany, “shell shock” was not considered an acceptable diagnosis. Instead, writes historian Paul Lerner, men who came back from the war with psychological trauma were dubbed hysterical—with disastrous consequences.

Male hysteria was not new in Germany. Lerner writes that the first mass instances of traumatic neurosis recorded in Germany happened among industrial workers who survived gruesome railroad and mining accidents. At first, these workers were compensated through pensions. Over the years, however, the public began believing that these accident victims only pretended to be sick in order to seek pension benefits.

A hysteria diagnosis “facilitated the labelling of nervous soldiers as unpatriotic, lazy and selfish.”

Even though German psychologists “conceived of the war as a giant industrial accident,” they sidestepped the label of traumatic neurosis, the introduction of which, many thought, had caused pension fraudsters to seek money to which they were not entitled. This led to a conflict between psychologists who thought the diagnosis should be used and those who didn’t. Those who didn’t won the day, and took to borrowing a term that had formerly been applied to women: hysteria.

The diagnosis had once been thought too effeminate for men, but it became the diagnosis of choice of the misunderstood epidemic sweeping through German combatants. Lerner documents the ways in which the industrial age dominated German war medicine, systematizing the diagnosis and treatment of “hysteria” and whisking men with psychological problems from war to industry. Work was folded into treatment, and “pity and charity were decried as effeminate and even pathogenic impulses.”

Psychiatrists tried everything from fake operations to hypnosis and surprise stimuli to get men well, and speed was placed at a premium. A hysteria diagnosis “facilitated the labelling of nervous soldiers as unpatriotic, lazy and selfish.” Therapy usually incorporated nationalistic symbols and a concept of German manhood that made healing feel like discipline. Eventually, war itself was seen as a sort of cure for battlefield stress.

Lerner sees Germany’s debate over pensions and its refusal to embrace the men who were suffering as result of fighting for their country as part of German society’s struggle to reconcile with its staggering loss in the war. Ultimately, he writes, by othering men with war trauma, the psychiatric profession aligned itself with the forces of nationalism and militarism that would go on to prepare Germany for Nazism and another world war.