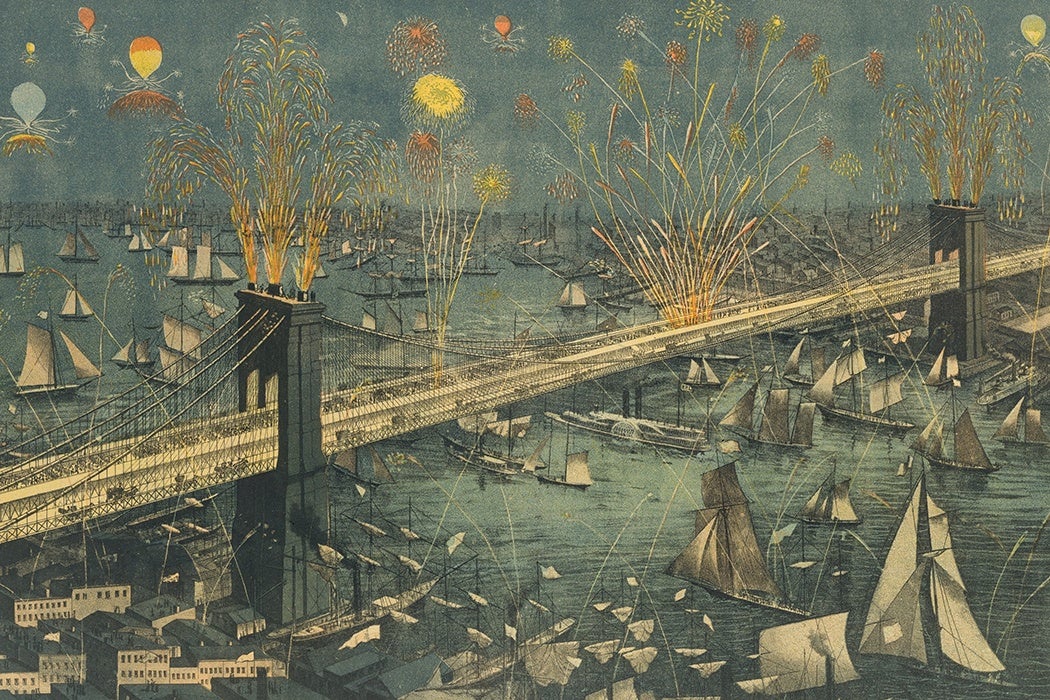 If you like watching fireworks on the Fourth of July, you probably enjoy the colors, patterns, and brilliance of the display. But in Europe between the fifteenth and nineteenth centuries, there was another dimension to fireworks, as Suzanne Boorsch writes, looking at prints and drawings commemorating fireworks shows that were part of a display at the Metropolitan Museum of Art. They were part of dramatic performances that told a story or symbolized real-world battles.

The Chinese used fireworks since at least the ninth century, and by the fourteenth century Europeans had adopted them. Celebrations for the election of Pope John XXIII in 1410 and for the Duke of Milan’s visit to Florence in 1471 featured fireworks shows.

While Fourth of July fireworks are “about” the American Revolution in only the most abstract way, late medieval and early modern displays had a plot.

Boorsch writes that we have good records of these kinds of special events because organizers made sure they were memorialized. But fireworks were actually more often used during reoccurring events like saints’ days or nationalistic holidays like our Independence Day. While Fourth of July fireworks are “about” the American Revolution in only the most abstract way—red, white, and blue designs, for example—late medieval and early modern displays had a plot.

“There was usually dramatic conflict, more often than not in the very basic form of a clash between good and evil—and the forces of evil invariably won,” Boorsch writes. “The authors of the early classic pyrotechnic manuals assumed that to stage a fireworks display one would need a battle.”

Rather than a show happening high in the sky, these were often ground-level dramatic productions that included human actors—presumably a fairly hazardous undertaking. One illustration from 1630 showed a battle on a ship, with men fighting on deck, surrounded by explosions on the ship, in the water, and in the air. Another from around the same time showed a dragon with mechanical parts and explosions shooting from its eyes, mouth, and body. The show involved a fight between the dragon and a mounted rider.

Some displays were more topical. At different points in the sixteenth century, Munich and Nuremberg each welcomed a pope with a display representing successful military campaigns against the Ottoman Turks. A 1702 Dutch show celebrated a victory over France and Spain by framing a fireworks display with a complicated array of allegorical figures including the lion of Holland, Mars, and Neptune, and the four secular virtues of Prudence, Justice, Fortitude, and Temperance.

In some cases, show producers handed out printed sheets explaining the story so that the audience could follow what was happening. As the author of an eighteenth century French fireworks treatise explained, “otherwise one’s wit would be completely lost on the majority of the spectators.”