When Eartha Kitt Condemned Poverty and War at the White House

It was supposed to be a genteel luncheon with the first lady dedicated to discussing crime policy. The chanteuse had other ideas. 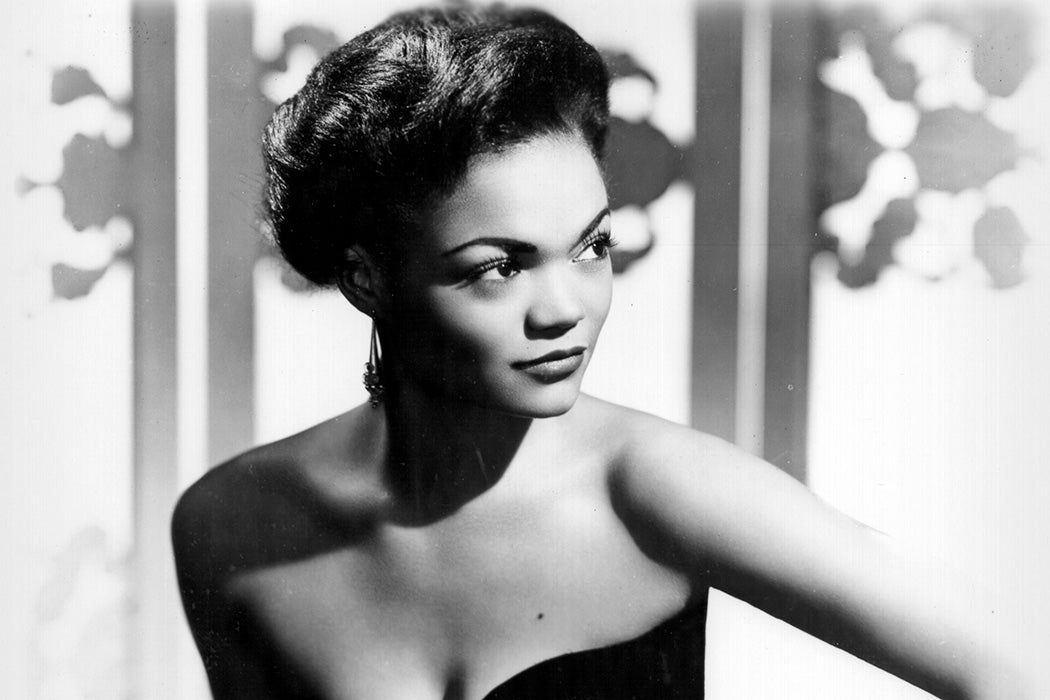 If you think Americans are divided today, consider 1968, a time of enormous conflict over war, racism, and poverty. As Janet Mezzack writes, that January, Eartha Kitt brought all those conflicts into the sedate setting of a White House luncheon hosted by the first lady, Lady Bird Johnson.

A Black cabaret singer, actor, and celebrity, Kitt had been invited to a “Women Doers’ Luncheon” focused on crime, an issue of growing importance to the Johnson administration at the time. Mezzack writes that the speakers and guests included leaders of local anticrime groups, volunteers with community organizations like Head Start, judges, politicians’ wives, and teachers. After hearing from the speakers, Kitt spoke up, drawing on her authority as someone who had “lived in the gutters” and was involved with youth organizations in poor neighborhoods of Los Angeles and Washington, D.C. She suggested that the luncheon’s speakers had missed a key point.

Kitt said that a teenage boy who was aware that men with criminal records weren’t sent to war had little incentive to avoid illegal activities like smoking marijuana.

“The youth of America today are angry,” she said.

She pointed to causes including high taxes, low levels of support from government welfare programs, and…the war that the Johnson administration was prosecuting in Vietnam. Kitt said that a teenage boy who was aware that men with criminal records weren’t sent to war had little incentive to avoid illegal activities like smoking marijuana.

“You take the best of the country and send them off to a war and they get shot,” she said. “They don’t want that.”

Mezzack writes that Betty Hughes, the wife of New Jersey Governor Richard Hughes, immediately rose to respond to Kitt, noting her family’s military service and insisting that “anybody who’s taking pot just because there is a war in Vietnam is some kind of a kook.” Johnson also responded to Kitt, saying that she was praying for peace but in the meantime believed that reformers should keep “our energies fixed on constructive aims.”

The day after the luncheon, Johnson issued a formal statement saying she was sorry “the good constructive things which the speakers on the panel said were not heard—only the shrill voice of anger and discord.” Kitt, meanwhile, told reporters that her remarks were unplanned, but “I think I am speaking for millions of Americans across the country and the world.”

Newspapers around the country published front-page stories about the incident, and the White House was flooded with responses, most of them supporting the first lady. Some came from mothers of men fighting in Vietnam, praising their sons’ sacrifices. President Johnson’s (white) pastor, the Rev. Dr. George R. Davis, sent a telegram to the White House apologizing “for any member of [the American] family including Negroes who are ill-mannered, stupid and arrogant.” The next Sunday, protesters interrupted Davis’s sermon and handed out fliers defending Kitt.

Ultimately, Mezzack writes, the incident worked out for the Johnsons, drawing attention to their anticrime agenda. And while antiwar activists and some Black Americans viewed it as a symptom of the administration’s lack of interest in their concerns, a majority of politically engaged Americans apparently came down on the Johnsons’ side.

"Without Manners You Are Nothing": Lady Bird Johnson, Eartha Kitt, and The Women Doers' Luncheon of January 18, 1968
By: JANET MEZZACK
Presidential Studies Quarterly, Vol. 20, No. 4, Modern First Ladies White House Organization (FALL 1990), pp. 745-760
Wiley on behalf of the Center for the Study of the Presidency and Congress

The Kerner Commission Report on White Racism, 50 Years On

In 1968, the Kerner Commission “explicitly identified white racism as the principal cause of the civil disorder evidenced across hundreds of U.S. cities."