The Kerner Commission Report on White Racism, 50 Years On

In 1968, the Kerner Commission “explicitly identified white racism as the principal cause of the civil disorder evidenced across hundreds of U.S. cities.” 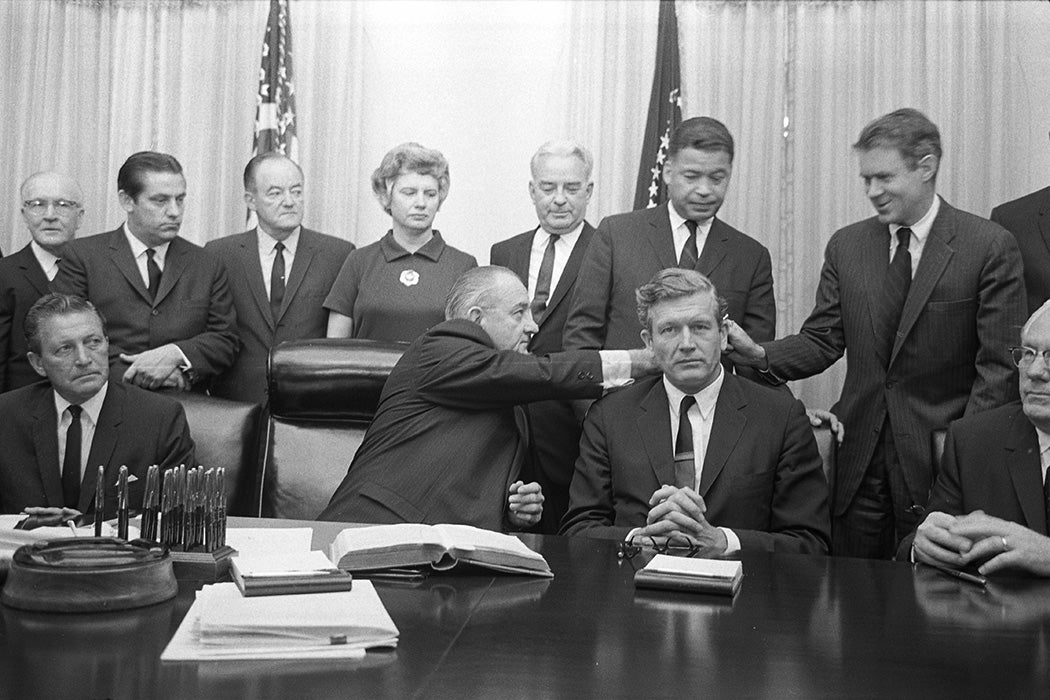 President Lyndon Baines Johnson with some members of the Kerner Commission in the Cabinet Room of the White House, Washington, D.C., 1967
via Wikimedia Commons
By: Matthew Wills
3 minutes
Share Tweet Email Print

Fifty-two years ago, the National Advisory Commission on Civil Disturbances concluded that “[o]ur nation is moving toward two societies, one black, one white—separate and unequal.” From a government commission designed to tamp down passions, this was unexpected and controversial stuff.

Better known as the Kerner Commission after its chairman, Governor Otto Kerner, the NACCD was formed by President Lyndon Baines Johnson to explore the causes of urban unrest in the wake of riots in 1966 and 1967. Its report still makes for damning reading today:

The Kerner Commission “explicitly identified white racism as the principal cause of the civil disorder evidenced across hundreds of U.S. cities in which riots occurred,” write the public policy scholars Susan T. Gooden and Samuel L. Myers in the Russell Sage Foundation Journal of the Social Sciences. The report was shockingly groundbreaking not so much because of what was said—W.E.B. Du Bois, for instance, had made similar arguments about white complicity starting in the 1890s—but who said it: a blue-ribbon commission of moderates appointed by a President.

Johnson was hoping for an anodyne report that praised his Great Society programs.

Gooden and Myers argue that Johnson was hoping for an anodyne report that praised his Great Society programs. Commissions, after all, can be a great way to spread blame around. Instead, commission staffers, deeply grounded in empirical social science research, went for “intensive, firsthand engagement with inner-city African Americans.” The results “provided an eye-opening, transformational experience that narrowed the social distance between the us and them worlds of members of the commission and inner city residents.”

The resulting report of the Commission was a bombshell, selling more than two million copies after its release on February 29, 1968. But then, four days later, Martin Luther King, Jr., was murdered by a white supremacist, both confirming the report and overwhelming it by the rush of events. President Johnson, “enormously displeased with the report,” never accepted or acted on its findings—and, at the end of March, he surprised the nation by withdrawing from the 1968 election.

“The report,” Gooden and Myers write, “also received considerable backlash from many whites and conservatives for its identification of attitudes and racism of whites as the cause of the riots.” The “fundamental recommendation of the Kerner report, a call for unity, was virtually ignored.” That call, perhaps needless to say, was much less radical than the connections MLK made between what he defined as the “racism, economic exploitation, and militarism” of capitalism.

Other critics wondered why black “rioters” were seen by commissions as a problem to be solved, when white riots and anti-black pogroms, dating back to at least to 1877, had been seen as maintaining social order while killing hundreds of blacks and destroying black-owned property.

Gooden and Myers work on the Kerner Commission’s turbulent historical context make it sound remarkably like our own times. Many things have obviously changed: in the period between 1963 and 2016, “educational attainment and poverty” for African Americans showed relative improvement, “but other areas—family income and unemployment disparities—show[ed] little change.”

Ultimately, Gooden and Myers write, “[t]he Kerner report exposed cracks in the premises of the American Dream.” Half a century later, a “continuous gulf between the democratic principle of equality and its actual practice” is being brought to the nation’s attention once again. 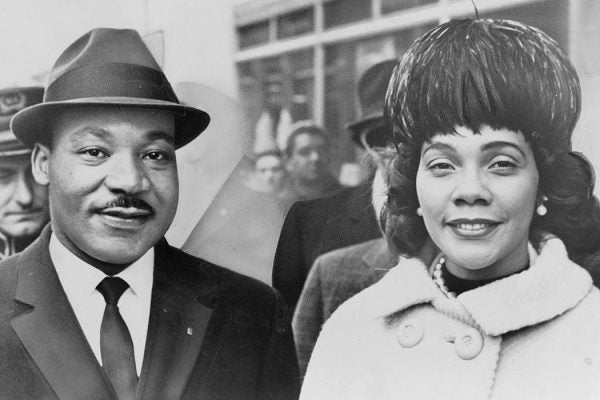