In 1939, Dole Pineapple Company sent Georgia O’Keeffe to Hawaii for three months in order to produce works that could be used in their advertisements. 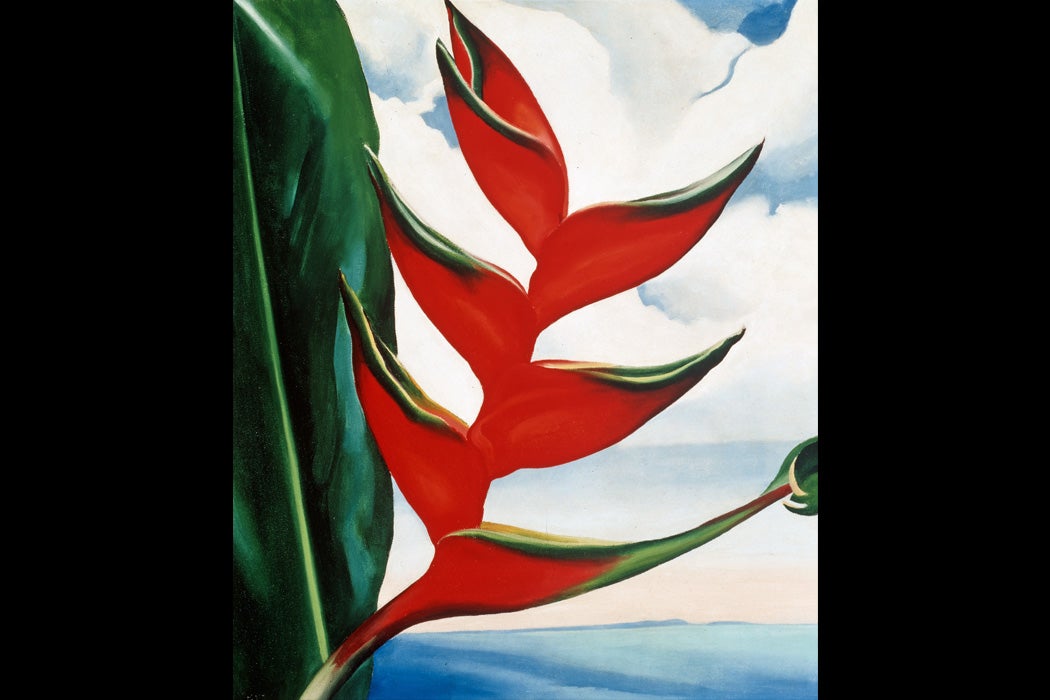 Georgia O’Keeffe: Visions of Hawai’i is showing at the New York Botanical Garden through the end of October. Much like their 2015 Frida Kahlo exhibit which paired paintings with plants, this exhibit features seventeen bold paintings from O’Keeffe’s time in Hawaii alongside more than 300 tropical plants. Many visitors are left wondering why O’Keeffe went to Hawaii in the first place and what happened while she was there.

The short answer is that in 1939, Dole Pineapple Company invited O’Keeffe to go to Hawaii for three months in order to produce works that could be used in their advertisements. O’Keeffe transformed this trip into her own study of local botany and luscious landscapes, while also facing ongoing (yet little-discussed) illness and depression.

As art historian Sharyn R. Udall notes in her study of artists’ illnesses and creative processes, “O’Keeffe’s energies and emotions were intimately intertwined. Patterns of depression accompanied by physical illness in her life developed early and dogged her periodically through many decades.” This seemed to be the case after her time in Hawaii. Udall writes that although O’Keeffe was “entranced by the beauty of the islands, the strain of working to a company’s specifications—they wanted her to paint pineapples—created tensions and discord.”

Although O’Keeffe’s short stay in Hawaii was commercially driven, scholars have found that this period offers insight into her personal artistic identity.

A timeline by the Metropolitan Museum of Art notes that between May and July of 1939, O’Keeffe returned to New York and became ill, prohibiting her from painting until October, seven months after her return from the islands. In Udall’s words, “O’Keeffe returned exhausted, experiencing headaches, stomach problems and weight loss.”

Despite O’Keeffe’s exhaustion and illness upon returning home, the work she produced in Hawaii proved to be powerful, both in the way it laid the groundwork for some of her future paintings and in the way it captures viewers’ attention today. Some of her waterfall paintings, for instance, serve as prototypes for her later series of “Black Place” paintings, featuring similar mountainous compositions with a darker palette.

O’Keeffe’s paintings predominantly captured imported, non-native plants that are most often associated with the islands, so the New York Botanical Garden has been sure to correct this in its show of native Hawaiian plants. Alongside the paintings, they have paired some of the legally transportable species that they grew from seedlings or cuttings from the National Tropical Botanical Garden in Hawaii.

Although O’Keeffe’s short stay in Hawaii was commercially driven, scholars have found that studying this period offers insight into her personal artistic identity, as well as her struggles with illness. And in pairing her works alongside native Hawaiian plants, the New York Botanical Garden works to use O’Keeffe’s paintings to highlight growing conservation efforts to preserve endangered plant species. 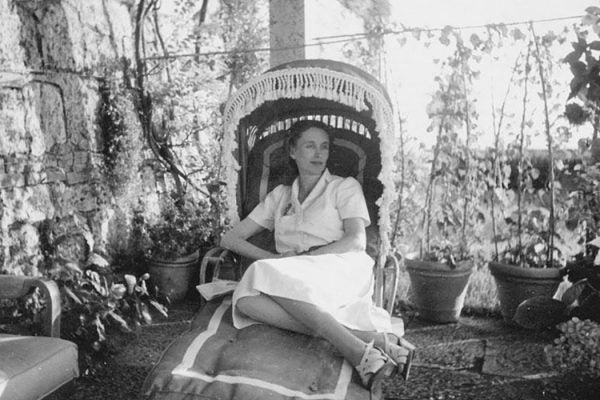 The marchese's 1939-1940 diary, detailing the months before Italy's armed alliance with Nazi Germany, is now available as A Chill in the Air.