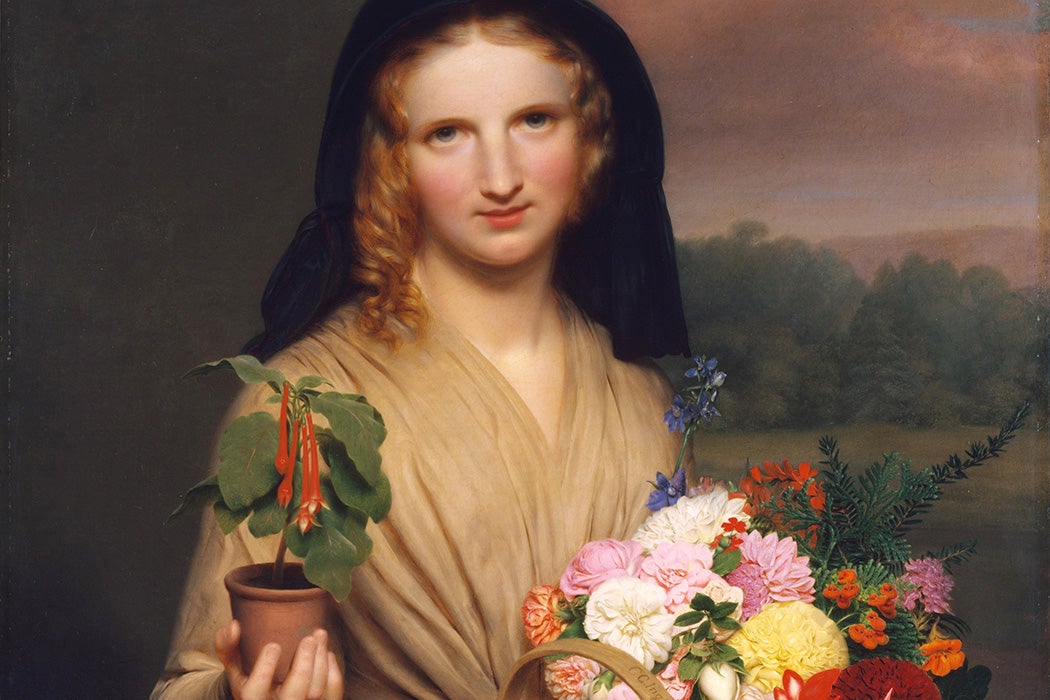 In late nineteenth century America, botany was understood as implicitly feminine. Young women took to studying botany in a conjoining of interest, social acceptance, and readily available schooling and textbooks. The growing field welcomed a community of participants. Few of these women became professional botanists or earned higher degrees, but as teachers, collectors, observers, writers, and botanical organization members, they had a significant impact. They were, not least, a participatory audience in the culture of American botany, which might otherwise have been confined to the academy.

Botanist Emanuel D. Rudolph has documented almost 1500 names of American women actively botanizing before the twentieth century. His caveat: “this is obviously a minimum list because undoubtedly some individuals were not to be found in the sources.”

In the U.S., botany didn’t really take off until after the Civil War.

As Rudolph explains, botany had become an acceptable focus of scientific study for upper-class women in Europe by the later part of the 1700s. Carl Linnaeus himself, the “father of modern taxonomy,” instructed the Queen of Sweden in his system of ordering botany. Rousseau wrote Letters on the Elements of Botany Addressed to a Lady (1771), for the benefit of ladies’ daughters. Several English women wrote botany books for an audience of women, and some of these made it to American editions. Maria Edgeworth, the English pioneer in writing realistic stories for children, declared in 1810:

Many things, which were thought to be above their comprehension, or unsuited to their sex, have now been found to be perfectly within the compass of their abilities, and peculiarly suited to their situation. Botany had become fashionable; in time it may be come useful, if it be not so already.

But in the U.S., botany didn’t really take off until after the Civil War. This was a “period of rapid expansion in women’s education and the interest of women in plants,” writes Rudolph. Still, very few of the women in Rudolph’s list got PhDs. The barriers against women, simply for being women, in academia were extremely high. He counted only 17 PhDs for women botanists by 1899. Five of these had their degrees granted by the University of Zürich, five by the University of Pennsylvania (which opened a Graduate Department for Women in 1892). The first women to receive PhDs in botany from American universities were Alice Carter (Syracuse University) and Mary E. Holmes (University of Michigan), both in 1888. Carter became a high school teacher and Holmes an editor.

Most botany-minded women made or contributed to herbaria, the collections of preserved plants that are a cornerstone of botanical study. Also, the U.S. Department of Agriculture—a significant power in botany—was a pioneer in hiring women botanists, the first, by the Division of Vegetable pathology, in 1887.

Rudolph notes that at the turn of the twentieth century, increased professionalism resulted in a “belittling of amateurs” across the board. Women would have been particularly hit by such attitudes, which served to reinforce their segregation in academia. Nevertheless, he concludes: “It is remarkable that so many women in nineteenth century America were seriously interested in plants. They did make a difference that only now is beginning to be noted.” 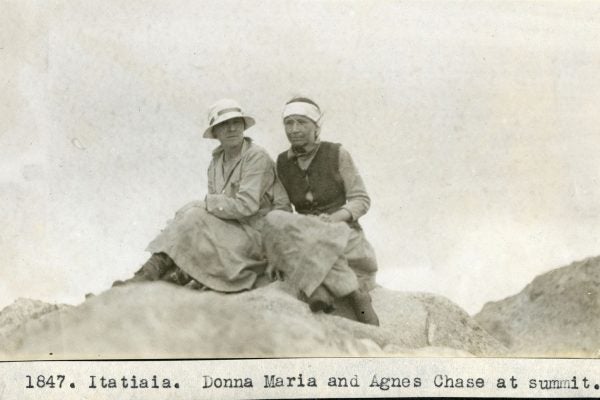 How did women scientists fit into the naturalists and botanist mix during their earliest days in the field?