Everything scientists think they know about the interior of Mars is based on indirect observations. NASA’s new InSight Lander aims to change that. 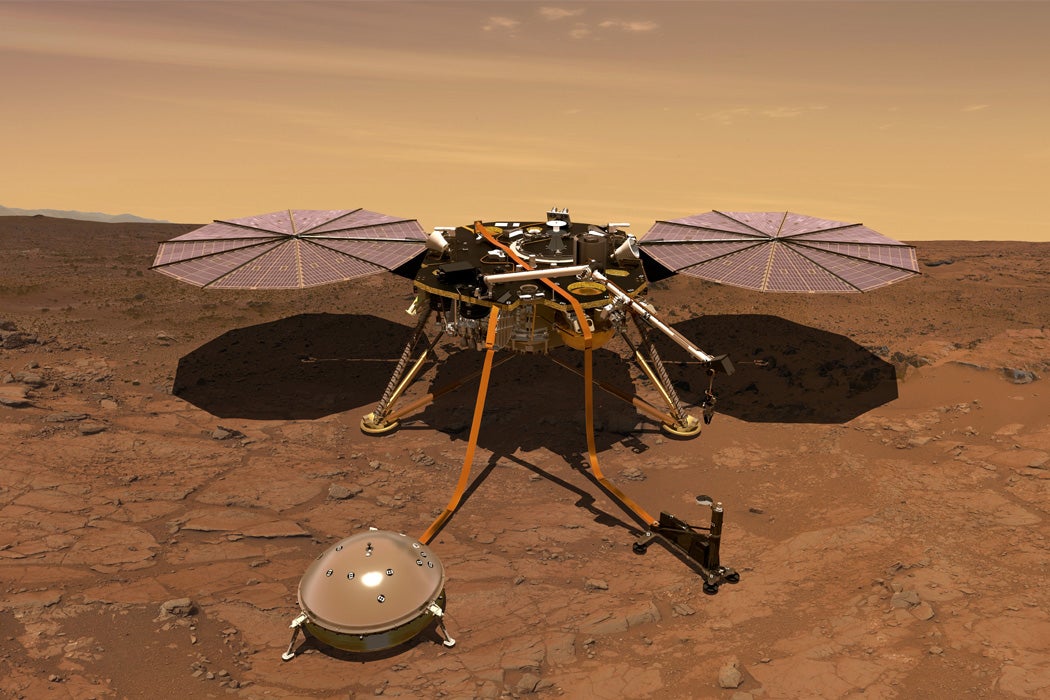 An artists' rendering of the InSight Lander operating on the surface of Mars.
Courtesy NASA/JPL-Caltech
By: James MacDonald
2 minutes
Share Tweet Email Print

NASA’s InSight Lander recently touched down on Mars. Unlike recent missions to the red planet, InSight is not a rover. While recent missions have explored the surface of Mars, learning about the planet’s geology, history, and searching for water, InSight picked an ordinary Martian neighborhood where it will stay put, look below the surface, and examine the planet’s interior.

Until now, without direct measurements, scientists who want to understand what is going on inside Mars have been left with only extrapolation and indirect observations. Veronique Dehant describes in Science some of the existing efforts to understand Mars’s core.

Indirect evidence suggests that Mars is more than simply a smaller Earth.

If Mars is comparable to Earth, it probably has a solid core. Mars is so much smaller than Earth that if it were created in a similar way, of similar materials, its core should have cooled and solidified by now. But other indirect evidence suggests that Mars is more than simply a smaller Earth. Samples of Martian meteorites, the lack of a magnetic field, and the way the planet moves as it orbits the sun, all suggest a different sort of planet altogether. Moreover, long-term observations of how the sun’s gravity subtly shapes the planet at different phases of its orbit (think tides without an ocean) suggest that Mars may actually have a liquid core. The debate can’t be resolved, however, without more precise data from InSight.

Much of what is known or speculated about the interior relies on existing spacecraft that never go near the surface. The core studies relied on data from an orbiter called the Mars Global Surveyor, which arrived in Martian orbit in September of 1997. A more recent study by Roger J. Phillips et al. relied on data from a different orbiter, the Mars Global Surveyor, which entered orbit in 2006.

Phillips and his team used radar from the orbiter to examine the ability of Mars’s polar ice caps to deform the rock beneath them. More deformation would suggest a warmer planetary interior, as warmer rocks are easier to squish. However, the team determined that the level of deformity suggested Mars was unexpectedly cool inside. Their data contradicts other sources of information about Mars’s interior temperature, such as evidence of volcanism, which requires interior warmth, and extrapolation based on the planet’s mass and composition. Once again, only direct measurements will be able to get to the bottom of the mystery—measurements like those that InSight can potentially share with us soon. 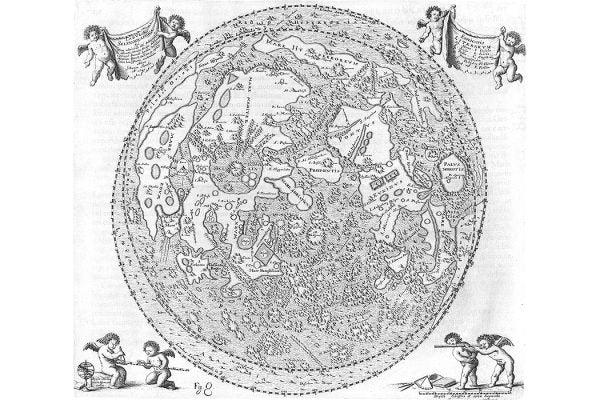 Despite years of study, it is only since the 1980s that a theory of the moon's origin has coalesced.