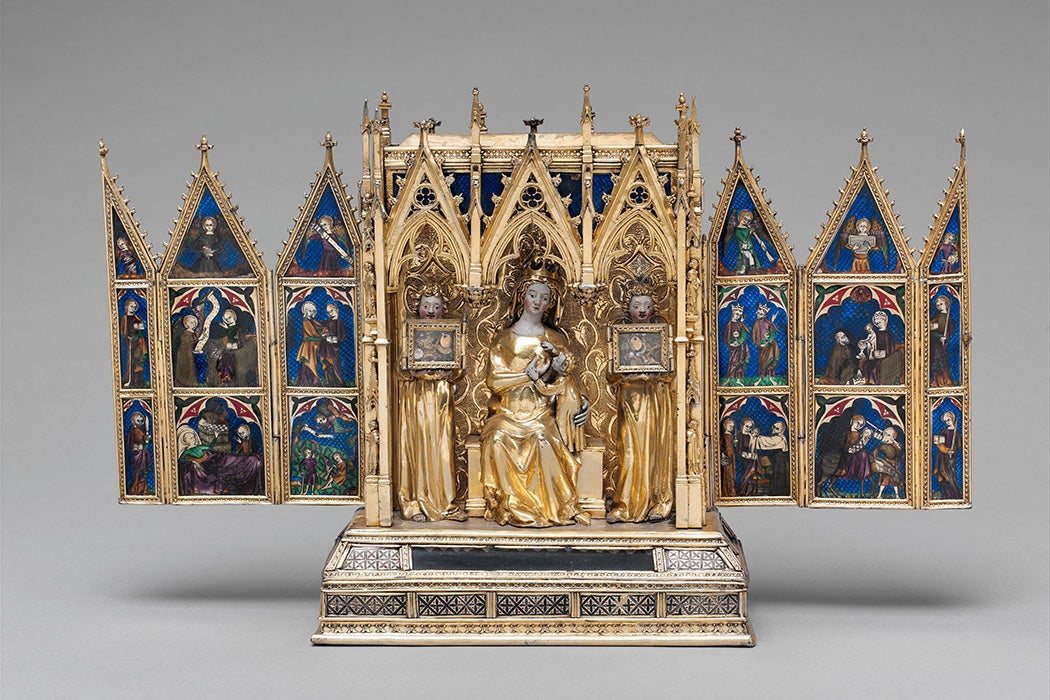 Relics—bits of bone, clothing, shoes, or dust—from Christian martyrs became popular in Western Christianity in the Middle Ages. The cult of relics dates back to the second and third centuries, when martyrs were persecuted and often killed in ways that fragmented the body, which was taboo in Roman society. The intention was to desecrate the body through execution and burning. But Caroline Walker Bynum and Paula Gerson state that by the “late third to early fourth centuries the fragments of the martyrs had come to be revered as loci of power and special access to the divine” and, by the Second Council of Nicea in 787, relics were required for the consecration of altars.

Reliquaries, the containers that house relics, took on many forms throughout the Middle Ages and were often crafted in homage to the martyr whose remains were within. Some were ornate caskets depicting images of the saint’s life or martyrdom, while others were crafted as busts of the saints or ornate works of glass and metal to display larger, more intact relics, such as bones.

An interesting phenomenon in reliquary art are those shaped like parts of the human body. These gained popularity in the West in the twelfth and thirteenth centuries, and were known as “speaking reliquaries.” According to Bynum and Gerson, this implies “that the shape expresses or ‘speaks’ the body part beneath; yet we have much evidence that many body-part reliquaries did not in fact contain the bone or body part depicted.” Instead, they were often representative of the underlying ritual associated with the relic. For instance, a reliquary in the shape of an arm could signify the blessing given by the priest or bishop. And, by the late Middle Ages, reliquaries in the West didn’t contain body parts at all, but instead usually included contact relics, such as bits of clothes or shoes.

Reliquary art is an interesting and complex part of religious and art history, and speaks to both the form and function of caskets that housed relics. Many thanks to the Metropolitan Museum of Art for providing these images as part of their open access initiative; all images have Creative Commons Zero (CC0) licenses. You may find these images in JSTOR’s collection Open: The Metropolitan Museum of Art. Anyone may view and download these collections at jstor.org; no subscription or login required.

Editor’s note: This post originally appeared on the Artstor blog.

Body-Part Reliquaries and Body Parts in the Middle Ages
By: Caroline Walker Bynum and Paula Gerson
Gesta, Vol. 36, No. 1 (1997), pp. 3-7
The University of Chicago Press on behalf of the International Center of Medieval Art 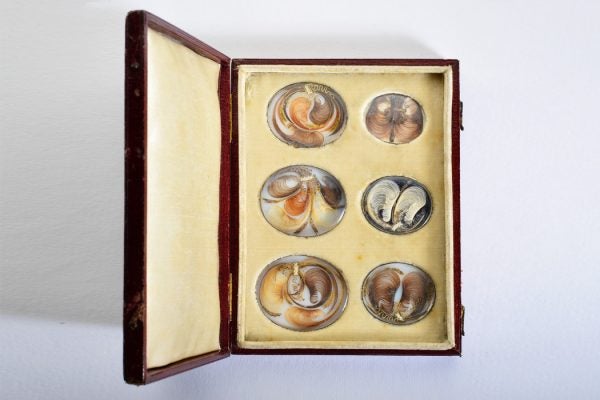 Victorians were mesmerized by the hair of the dead -- which reveals something about about how they saw life.