What Retirees Can Learn from the RV Community

A look at the RV community, where retirees support one another in the face of illness, mechanical breakdowns, or sudden financial shortfalls.

The aging of the baby boom generation has prompted worries about isolation and loneliness among the growing ranks of older Americans. But anthropologists Dorothy Ayers Counts and David R. Counts write that there’s one group that seems largely immune to these problems: retirees who spend their time traveling in recreational vehicles.

Between October and December of 1990, the authors travelled through British Columbia and several western U.S. states, interviewing 50 retired RVers. They discovered a variety of lifestyles. Some people saw their retirements as an “endless vacation” at expensive membership parks and exclusive resorts. Others lived permanently in broken-down RVs parked in informal campgrounds with no services. What the interviewees did have in common was a belief that they were living “old values” of community that North American society has largely lost.

The sense of community among the hyper-mobile RVers is based on the same elements that historically defined geographical communities like towns and neighborhoods.

Counts and Counts contrast what they heard with studies of North American retirees in more conventional settings. Those older people often report isolation, apathy, and an inability to picture a future worth looking forward to. Some RVers did mention feeling bored or drinking too much, but few reported loneliness, and most could detail trips or activities they were excited about.

Retirees in RV communities reported constantly striking up friendships. These were not always close relationships; as one full-time RV traveler said, “Your lives touch, bounce, and then off they go. Some people we tend to stay with. Others we may never see again.” But the connections created a sense of broad community. An RVer might spend a night or two in the driveway of someone they’d met at an RV park the previous year, or arrive at a strange campground to find temporary neighbors ready to help them set up an awning or level a trailer.

Counts and Counts argue that the sense of community among the hyper-mobile RVers is based on the same elements that historically defined geographical communities like towns and neighborhoods. For one thing, people get to know each other’s personal histories. When a newcomer arrives at an RV park where people stay for weeks or months, their new neighbors immediately help them set up and share their backstories. Given the close living quarters, RVers said this was not just a matter of being nice but a practical necessity.

“I always go right over and get to know people when they first pull in,” one man said. “If they don’t know me, they might rip me off, but once we know each other they’ll even look after our things while we’re gone.”

Another crucial aspect of RVers’ sense of community is reciprocal support. In the face of illness, mechanical breakdowns, or sudden financial shortfalls, they can count on each other. This principal is expressed in potlucks, the exchange of useful information, and near-ubiquitous Good Sam Club stickers on RV rigs, indicating a willingness to stop and help fellow members.

Anyone worried about prospects for aging Boomers might be able to learn something from the RV community.

"They're My Family Now": The Creation of Community among RVers
By: Dorothy Ayers Counts and David R. Counts
Anthropologica, Vol. 34, No. 2 (1992), pp. 153-182
Canadian Anthropology Society 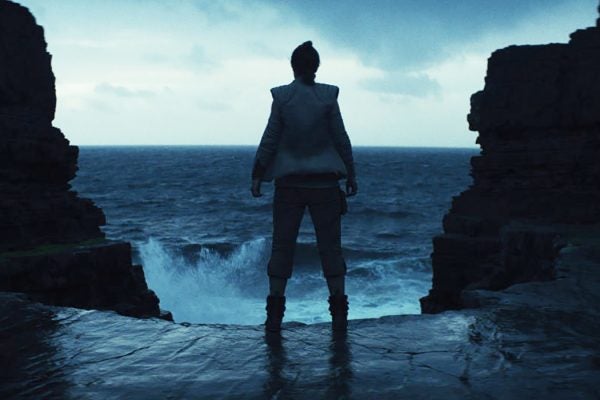 In Star Wars: The Last Jedi, Rey and Kylo Ren share a telepathic bond forged by the Force, brilliantly illustrating Douglas Hofstadter's "Strange Loop" theory of the self.