During WWII, 150,000+ people sought shelter in London’s Tube stations each night. Over time, the various stations developed their own mini-governments. 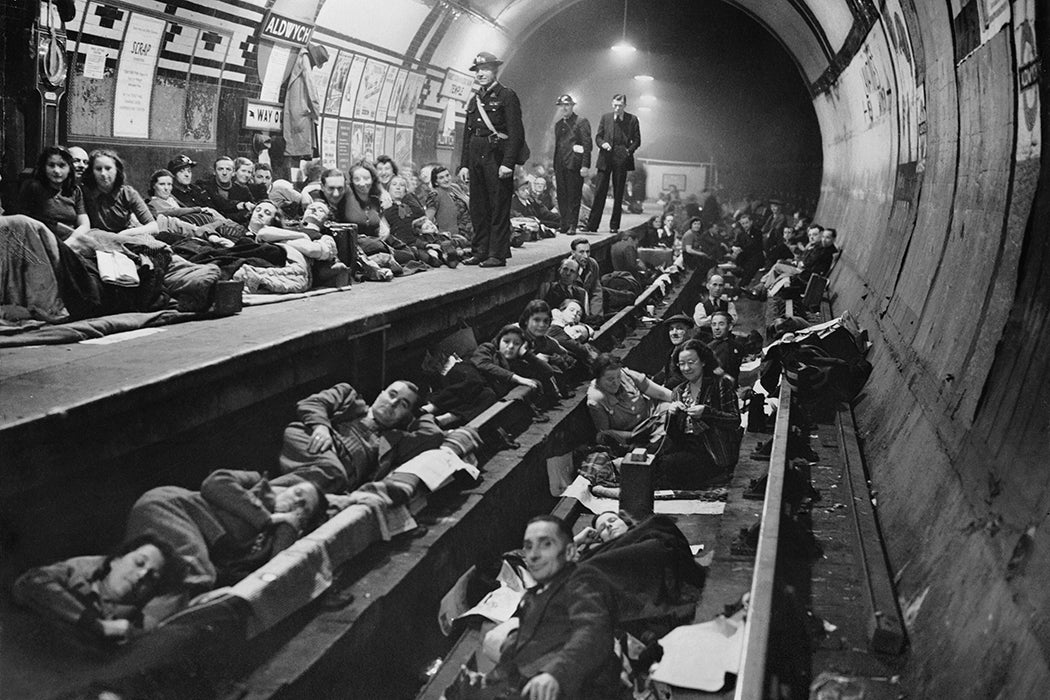 Londoners taking shelter in the Tube during the Blitz,
via Wikimedia Commons
By: Livia Gershon
3 minutes
Share Tweet Email Print

Nearly eighty years later and an ocean away, most Americans look back at the London Blitz as a time when civilians came together across social lines, kept their upper lips stiff, and refused to panic. The reality, historian Geoffrey Field explains, is a more complicated story.

To some extent, Fields writes, Londoners really did “keep calm and carry on” (a slogan, incidentally, that the public never saw during the war). Psychiatrists had anticipated large numbers of “bomb neuroses” cases, but, on average, only two people a week showed up at emergency rooms with severe psychological symptoms. On the other hand, there were many reports of anxiety attacks, tics, peptic ulcers, miscarriages, and cerebral hemorrhages.

What misery there was, was not equally shared. It had occurred to British leaders that poor areas like London’s East End, which was home to many Jews and foreigners, could become unstable in the face of a bombing campaign. And in fact, those were the very areas that ended up with too few shelters. Within the first six weeks of the bombing, big sections of low-quality, working-class housing had fallen, and a quarter of a million people were left temporarily homeless.

In some respects the London Tube shelters did promote interclass solidarity.

The government had initially tried to keep people from using London Tube stations as shelters during the nighttime bombings, but it was quickly forced to relent. Some families showed up at stations regularly, others only during times of heavy bombing. Between 100,000 and 150,000 people might be found in the stations on any given night.

Over time, the various stations developed their own mini-governments, organized by clergymen or air-raid wardens, or by the sheltering families themselves. People divided up areas for smoking, children’s play, and sleeping, took up collections to buy disinfectants, and organized committees to settle disputes or pressure the authorities for improvements. Station committees even organized conferences to share ideas.

The self-organizing worried some officials. Home Intelligence reported that “people sleeping in shelters are more and more tending to form committees among themselves, often communist in character, to look after their own interests and to arrange dances and entertainments.”

In fact, Field writes, the Communist party was involved in some shelter committees including in the Stepney area, where the party had already been involved in local tenant groups. Shelter representatives attended the communist-organized People’s Convention in January 1941.

In some respects, though, the London shelters did promote interclass solidarity. Positive portrayals of the working class made their way out of the shelters to the nation’s upper and middle classes. In the work of many journalists and artists who covered wartime London, including George Orwell, pro-British and socialist themes merged together.

A year earlier, the historian R.C.K. Ensor had dismissed poor London mothers as “slatternly malodorous tatterdemalions trailing children to match.” Now, photographers, artists, and writers visiting the shelters and tube stations portrayed families from the slums with quiet dignity. Field writes, “Suddenly, like London itself, they stood for the nation.”

Editors’ Note: An earlier version of this piece erroneously mentioned Jack London’s wartime writing; in fact he died in 1916, but his writing was an influence on WWII-era journalists. 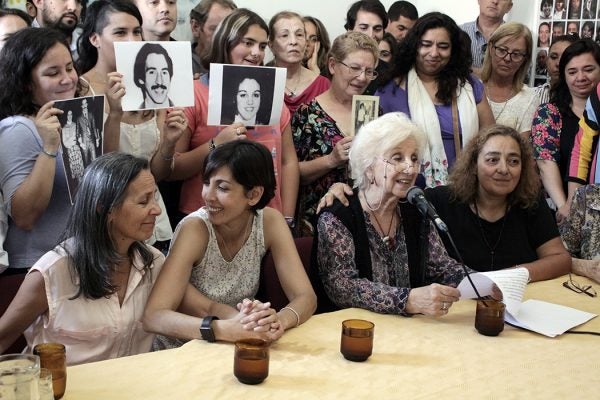 Between 1976-1982 some 30,000 Argentines were "disappeared," their children seized by the junta. The Abuelas—the Grandmothers—of the Plaza refuse to forget.