Whatever the gift, it’s worth stopping to think about how much we really want to entangle our gift-giving with the digital realm. 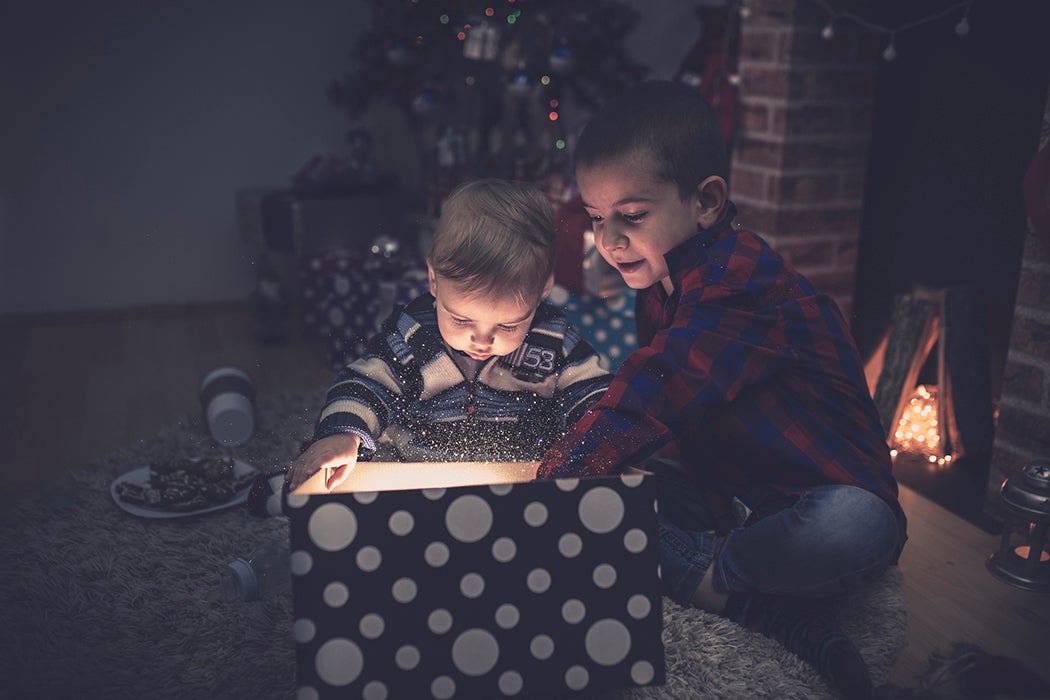 Whether they’re exchanging gifts during Hanukkah, wrapping presents to hide under the Christmas tree, or picking out year-end gestures of appreciation, a great many gift shoppers will find themselves this season trawling the aisles of Best Buy, The Sharper Image, and (virtually) Amazon, looking at the latest giftable gadgets.  Maybe you’re considering a new gaming console for the kids, a nifty bluetooth gadget for your sweetie, or an iTunes gift card. Whatever the gift, it’s worth stopping to think about how much we really want to entangle our gift-giving with the digital realm.

To put some flesh on the bones of this dilemma, let’s look at three potential tech-gifting scenarios. In the first, let’s imagine I’m debating whether to get a Best Buy gift card for someone who works for me. In the second, let’s say I’m thinking about whether to give in to my 11-year-old’s eight months of lobbying for a Ninendo Switch gaming console. In the third, imagine that I’m deciding whether to get my husband an Apple Watch.  (I’d love to claim that these are strictly hypothetical, but since the last five years’ worth of birthday presents in our household were all purchased at the Apple Store, who am I kidding?)

Let’s start with that Best Buy card. In a 2007 study of the aftermarket for gift cards, Jennifer Pate Offenberg identified the gift cards with the largest and smallest aftermarket discounts, to figure out which gift cards consumers value the most. The most valued gift cards were resold for more than 85% of their face value; the least valued cards were resold for less than 80% of face value. When Offenberg assessed the average aftermarket value of gift cards by store type, she found that electronics store gift cards landed in the middle of the the range. Notably, however, the list of the ten most-valued gift cards for specific stores included six stores that sell electronics, either as their primary product category or as part of a more general product line. (The stores in question were Office Max, Circuit City, Wal-Mart, Target, Staples, and Best Buy.) None of the five least-valued sell any electronics at all. (Four were clothing stores; the fifth was Tiffany & Co.) This seems like pretty clear proof that everyone agrees that money is worth more when it can be exchanged for something that has a USB or Bluetooth connection.

Every spousal or romantic gift exchange is subject to the key test: what are you trying to say to me?

But even if the Best Buy card can be reasonably assured of keeping its value, what does it do for my relationship with an employee? In a 1991 article on anthropology’s reigning gift guru, Marcel Mauss, James Carrier writes that “even an ordinary object becomes unique when it is given as a gift because it is marked by the tie that links the giver and recipient to each other, and by the occasion of the given.” While you might think that a Best Buy gift card lacks the ability to convey that kind of meaning, the opposite is true: at least in my case, it signifies the bond between me (a nerdy tech pro) and my employee (a fellow geek). If you’re a geek who is trying to signal appreciation to a fellow geek, a tech gift card may indeed be both a safe and meaningful gift.

Next, let’s turn to that hypothetical Nintendo Switch.  This is highly fraught decision since, as Camerer notes in his article on “Gifts as Economic Signals and Social Symbols,” “gifts from parents may shape or educate a child’s tastes, or they may be control mechanisms to reward or punish children.” Camerer’s observation constitutes a highly efficient summary of both the advantages and drawbacks of giving tech to children: on the one hand, it can reinforce the tech compulsion of a nascent screen addict, but on the other, it is the control mechanism that keeps on giving. Give a child a teddy bear, and you have only rewarded him once: give a child a gaming console, and you have created a new currency that you can use to reward (with games or game time) or punish him (by taking away gaming access.) Sure, it’s a terrible parenting strategy, but in economic terms it’s an excellent return on your investment.

Finally, let’s get to that Apple Watch. (Yes please, I can almost hear my husband saying.)  This is the most fraught scenario, since we all know that gift exchange offers a wide range of opportunities for marital offense. To understand the risks of an ill-placed gift, consider Dolfsma et al.’s article on gift exchange as a source of social capital. The authors note that:

In other words, every spousal or romantic gift exchange is subject to the key test: what are you trying to say to me? In my head, an Apple Watch says something like, “you’re the kind of guy who can figure out how to use any Apple product, no matter how pointless, and also, you’re not so old that your eyes can’t make sense of a teeny tiny screen.” Romantic, right?  But for my husband, the watch could easily be misread as another signal — a signal like, “why are you always late?” or “don’t think I haven’t noticed that you gave up on your Fitbit step count.”

That’s why I’m tempted to look for a spousal tech gift that fits into the class of gifts Camerer characterizes as “generic” gifts:

Chocolates and candy, liquor, flowers, and jewelry are typical…Two features of these generic gifts make them good gifts. First, flowers and candy are perishable (though liquor and jewelry are not), so the recipient must often consume the gift more quickly than he would prefer, to avoid spoilage—hence, some inefficiency. Second, virtually everyone’s utility for these products is continually increasing in price. Since quality is usually an increasing function of price, the giver can be fairly sure a high-cost version of one of these gifts is somewhat efficient (though not perfectly so), because the receiver will appreciate the quality (everyone likes fine chocolate), though not as much as he would like the equivalent amount of cash required to buy the high-cost version.

Seen through this lens, it’s obvious which tech gift comes closest to longstanding romantic staples like flowers and jewelry: a router.  You know, the thing you plug into your modem so you have wifi throughout your house. Routers are notoriously perishable, since they not only get outpaced by newer, faster models, but also have a tendency to decay due to frequent use. Also, like chocolate or wine, spending more gets you a better product — and yet, many people fail to spend the dollars that would get them the kind of high-quality product that delivers reliable, high speed connectivity.

Admittedly, the romance of a high-end router may not be immediately obvious to your loved one when they tear off the wrapping paper and find themselves looking forward to an afternoon of network configuration instead of an afternoon of bingeing leftover turkey. If you’ve got the kind of sweetie who will miss the romance of dual-band omni-directional coverage, might I recommend a Best Buy gift card? 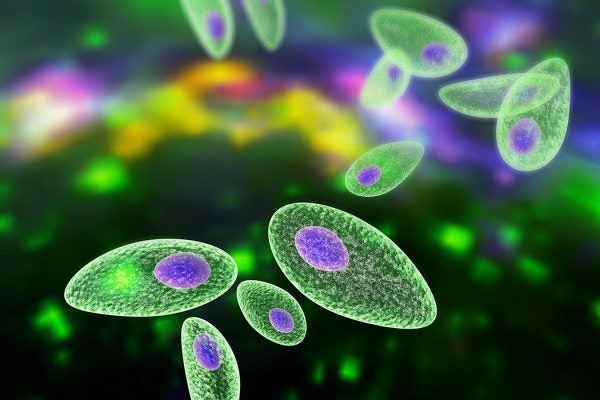 Humans and Their Parasites

Parasitic diseases can be effectively eliminated, but they can persist even in developed countries with effective healthcare systems.