What Amy Sherald Tells Us with Michelle Obama’s Dress

How do the artistic inspirations that portrait artist Amy Sherald cites for Michelle Obama’s dress impact our visual and cultural understanding of the portrait for the Smithsonian’s National Portrait Gallery? 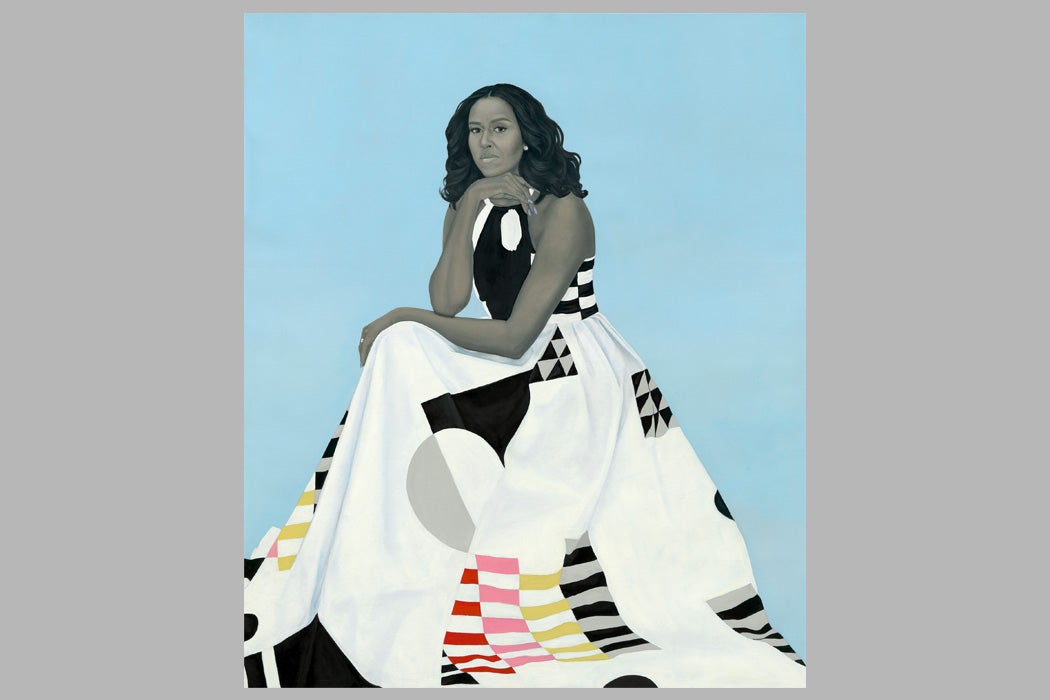 Before now, only one African American artist had ever been commissioned for an official presidential portrait, while Wiley and Sherald are the first for the Smithsonian. So, the Obamas’ selection of two African American artists was both purposeful and significant, just as their representation is. Michelle Obama noted, “[y]oung people, particularly girls and girls of color, in future years they will come to this place and see someone who looks like them hanging on the walls of this incredible institution.”

While Kehinde Wiley is an established powerhouse in the artworld, Sherald’s career has only recently gained momentum. Sherald’s portrait of Michelle Obama falls in line with her aesthetic style, using a “grayscale” for skin tones, while elevating the sitter’s personality with minimal backgrounds and detailed, fashionable clothing. Significantly, the dress that the former First Lady wears is a showstopper.

Sherald explained her choice of this dress, which was designed by Michelle Smith for her label Milly. “It has an abstract pattern that reminded me of the Dutch artist Piet Mondrian’s geometric paintings. But Milly’s design also resembles the inspired quilt masterpieces made by the women of Gee’s Bend, a small remote black community in Alabama, where they compose quilts in geometries that transform clothes and fabric remnants into masterpieces.”

Sherald grounds her portrait in an ongoing and current conversation about high and low art, appropriation, and the tradition of African American quiltmaking

Piet Mondrian is known for his use of bold colors and geometric shapes. His work has already made the haute couture fashion rounds, when French designer Yves Saint Laurent debuted six Mondrian-inspired dresses in 1965.

With the stylistic reference to Gee’s Bends quilters, Sherald also grounds her portrait in an ongoing and current conversation about high and low art, appropriation, and the tradition of African American quiltmaking.

In the art world, Gee’s Bends quilts have moved from being considered a “low art” form or “craft,” to being highly prized and collected “high art.” In 2005, cultural anthropologist Joyce D. Hammond argued for the importance of documenting such evolving tastes. Hammond quotes the Quilts of the Gee’s Bend in Context, a project sponsored by Auburn University, explaining that “when we choose to collect the Gee’s Bend quilts, teach them as art, study their history, creative processes and design features, we value them. And when we value them, we engage in the process of making cultural value itself.”

Although Milly dress designer Michelle Smith told Vogue that the dress was made “without a reference to anything past or nostalgic,” this does not minimize the cultural connections that portrait artist Sherald saw in the dress’s design. Sherald incorporates and references specific contexts and social histories of Gee’s Bend quilts in a way that allows the greater public to learn more about this quilting collective and the discussions around the art.

The selection of both Amy Sherald and Kehinde Wiley does something similar for the Smithsonian’s National Portrait Gallery, changing the kind of art that is valued. 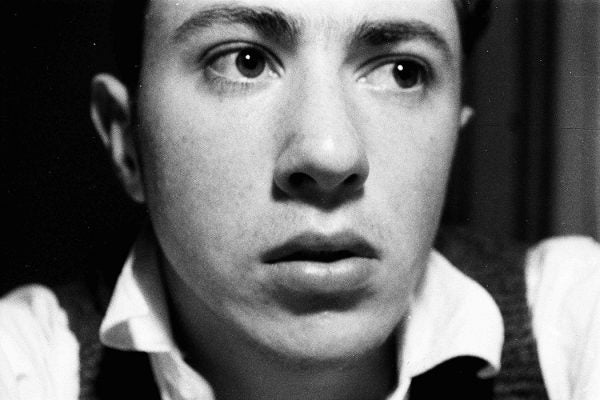 Much has been written about South African novelist J. M. Coetzee, but his newly found photographs offer a news lens through which to consider his writing.