Watching the Twin Suns Rise on a Real-Life Tatooine

Twin suns, like the ones seen in Star Wars, may be more common than originally thought. 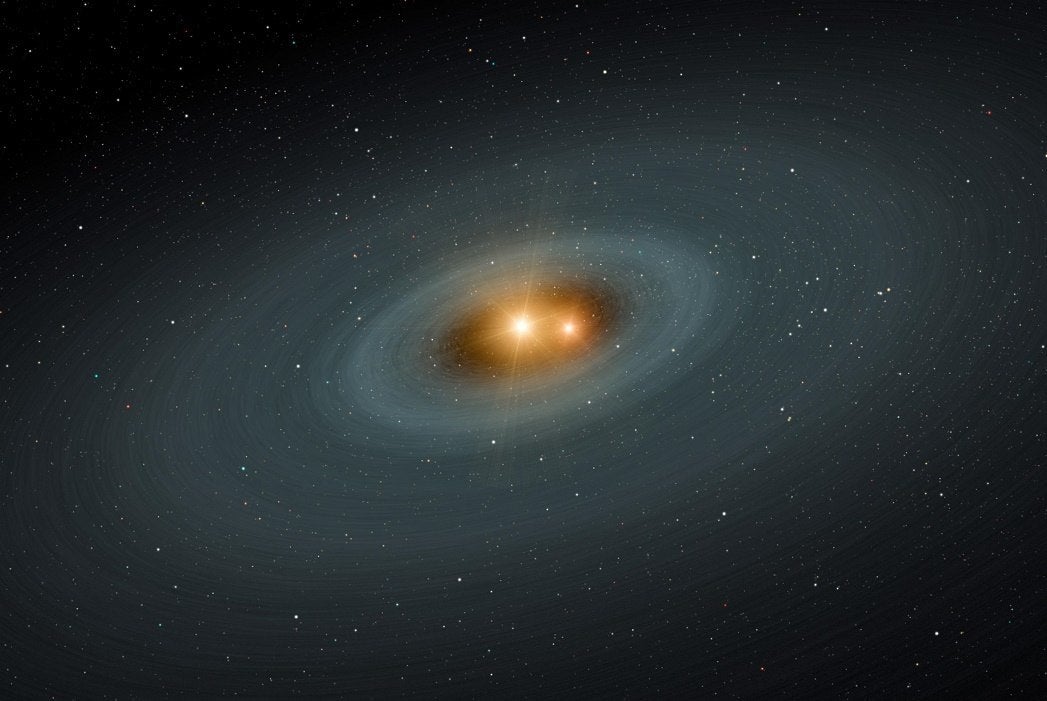 It’s an iconic scene from Star Wars: Luke takes one last look for a missing R2D2 in the fading light of twin setting suns. Don’t know about Luke or R2, but the twin suns part might be common. It had long been assumed that binary stars, as two interacting stars are called, created too much gravitational chaos for rocky planets to arise. With the discovery of gas planets orbiting binary stars, the concept of a habitable, rocky planet orbiting a binary star system is not so far fetched.

The long-standing notion was that binary stars would interfere with each other in ways that inhibit planet formation. It was thought that each star in a binary system would siphon the gas and dust required for star formation away from the other. The gravity of binary systems was also thought to create wildly elliptical orbits, increasing orbital velocity.  At those speeds, asteroids would rebound when colliding with each rebound rather than combining into planets.

Twin suns, like those seen from Tatooine, aren’t just for sci-fi.

According to refined mathematical models, such chaotic conditions might not be inevitable. A planet (or planets) can in fact exist around binary stars when the distance between the two stars is in correct proportion to the prospective orbital distance of the planet. Alternatively, a planet might orbit one of the stars, and if the second star is far enough away its gravity will not affect the planet. Either way, the distance between the stars in a binary system is key to whether or not a planet can exist.

Logic also supported the possibility of planets around binary stars. Binary stars are common, so it stands to reason that if there are enough planets—and there seem to be a lot of them—then at least some of them must orbit binaries. Score one for logic and better math: the existence of the first known planet circling a binary system was confirmed in 2003, and  several more since.

Part of the problem may have been bias—researchers assumed that exoplanets must orbit stars similar to ours, so nobody actually bothered to look at binary systems. Finally, in 2012 two planets were discovered orbiting a binary system in the constellation Cygnus—in our own Milky Way galaxy. One of the new planets is well within the habitable zone.

All of the newly discovered binary system planets are gas planets, but the new research suggests that colliding asteroids in binary systems may be able to form rocky planets after all. If any of these are in the habitable zone, or if the Cygnus planet has rocky moons, then any indigenous life might indeed wake up to a twin sunrise. Happening now, in a galaxy right here. 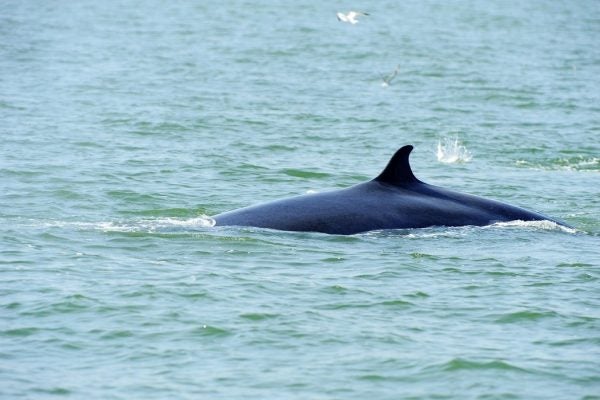 The Sound of an Unknown Whale

Researchers might have identified one—and maybe even two—brand new species of whale.