Wait, Why Are the Parthenon Marbles in London?

Lord Elgin went beyond his original mandate, amassing a vast store of treasures, one scholar notes. 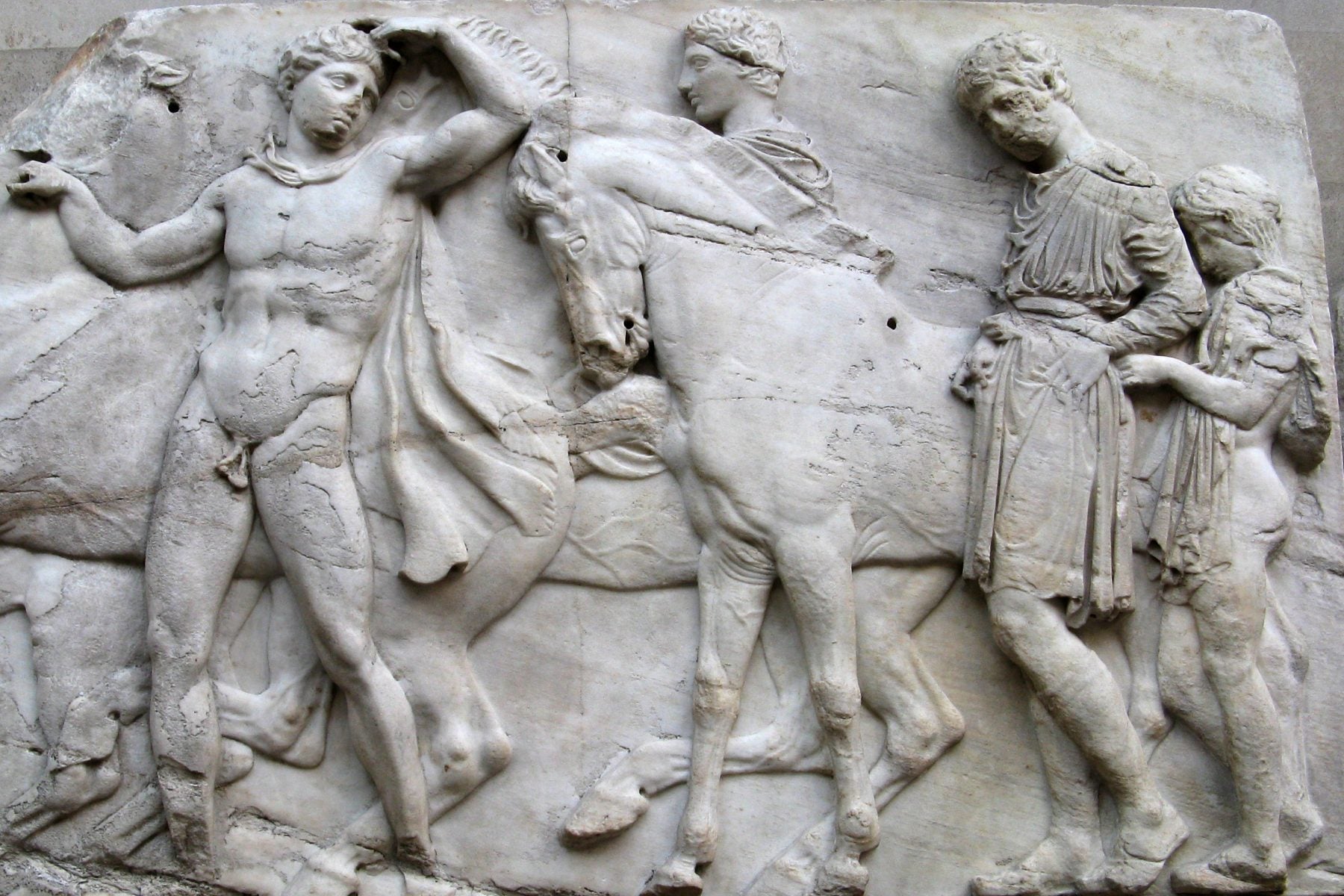 Marble gods draped in flowing robes, friezes on which horses gallop, and sacrificial cattle being led to slaughter have awed visitors from around the world at the British Museum in London. They represent about half of the surviving sculptures from the Parthenon temple in Athens, Greece.

Ever since their acquisition by the British nation in 1816, their ownership has been contentious. The Parthenon marbles are often called the “Elgin Marbles,” after Thomas Bruce, 7th Earl of Elgin, who had them removed from the Acropolis complex between 1801 and 1812. By then, the fifth-century Parthenon was showing its age, having suffered a catastrophic 1687 explosion while it was being used by the Turks as a gunpowder magazine. Years of looting followed. In the early nineteenth century, Greece was still part of the Ottoman Empire, and it was from that government that Elgin obtained a firman, or official permission, for taking the marbles.

“Few (if any) scholars are willing to defend the view that formal permission was given to remove as many of the Marbles as Lord Elgin did in the end.”

Yet as environmental philosophy scholar Karin Edvardsson Björnberg notes in Ethical Theory and Moral Practice, “the existence of such a firman has been questioned, and few (if any) scholars are willing to defend the view that formal permission was given to remove as many of the Marbles as Lord Elgin did in the end.” The historian Rochelle Gurstein, writing in Daedalus, affirms that “Elgin went beyond his original mandate, amassing a vast store of treasures that included the choicest sculptural remains from the pediments, over half of the extant of the frieze slabs, fourteen of the best preserved metopes decorated with high-relief sculpture, as well as coins, architectural fragments, and vases.”

Elgin was then a British ambassador to the Ottoman Empire and, although he acted as an individual in this removal, he benefited from official support. “Over the course of several years, Elgin’s marbles made their way not only by private merchantmen and chartered ships but also by royal navy and government transport vessels,” the historian Holger Hoock writes in The Historical Journal.

He may have been seeking some personal redemption. If the public was then familiar with Elgin’s name, it was likely due to scandal. His wife, Mary, had an affair and the 1808 court transcripts from her adultery charge, for which Elgin was suing for divorce, reveal what caused her unhappiness. As the environmental historian Gillen D’Arcy Wood explores in The Wordsworth Circle, it was not his busy diplomatic travel schedule that had strained their marriage, it was his nose. Due to a degenerative condition, possibly syphilis, Elgin’s nose had been eaten away and caused Mary’s interest in him “to wane.” Wood writes that “the breakdown of his marriage, the bankrupting of his estate, and the ruin of a once promising diplomatic career” offered “a pathological origin for his relentless pursuit of those antique statues he so closely resembled.”

In bringing these great works of art to London, he could revive his reputation. One of his unrealized goals was to have them restored, their missing limbs and, of course, noses, replaced. It was an opportune time, as England’s recent victories in the Napoleonic Wars affirmed its naval and military might. In the seafaring power of Athens, London saw a mirror of itself.

“These sculptures, which originated in Athens in the 5th century BC, became emblems of British national identity and have remained art objects allied to cultural nationalism in both Britain and Greece ever since,” the scholar Debbie Challis writes in The British Art Journal. The British Museum was then called the “National Museum,” but it showcased art from around the world, reflecting its colonial identity beyond the British Isles. Even the museum’s architecture embodied this perception. Visitors today enter beneath a classically-inspired pediment depicting the “progress of civilization,” part of a grand Greek Revival building designed in 1823 by Sir Robert Smirke to communicate the “wondrous objects housed inside.”

From the moment of the marbles’ arrival in London, there were critics, with one of the most vocal being the poet Lord Byron. His narrative poem Childe Harold’s Pilgrimage compared the imperialism of the removal of the marbles to the ancient Roman practice of plundering trophies. The literary historian Angela Esterhammer writes in The Wordsworth Circle that “Lord Elgin—who is mentioned by name in Byron’s annotations, though not in the poem itself—is referred to by the epithets ‘plunderer,’ ‘spoiler,’ ‘robber,’ and ‘violator’: the Elgin Marbles are the ‘last poor plunder.'”

Byron was hardly the last to accuse Elgin of robbery. More than a century later, the debate continues to center on whether the Parthenon marbles were acquired with proper permission or looted. Greece’s advocacy for their repatriation includes the Acropolis Museum, completed in 2009, which has a gallery designed for their display. “To honor the museum’s opening, several sculptural fragments that had been removed—including a foot of the goddess Artemis from a museum in Palermo and part of the foot of a lyre-player at Heidelberg University, as well as several pieces from the Vatican—were returned to Athens,” reported the archaeological writer Jarrett A. Lobell in Archaeology. The absences at the British Museum are still represented with dull plaster casts.

This November, Xi Jinping, the President of China, expressed support for returning the marbles during his first state visit to Greece. For now, though, the Parthenon marbles remain in their London gallery. As the museum’s Trustees state in their official position, “the breadth and depth of its collection allow a global public to examine cultural identities and explore the complex network of interconnected human cultures” and the Parthenon marbles “are a vital element in this interconnected world collection.”

Historic Injustices and the Moral Case for Cultural Repatriation
By: Karin Edvardsson Björnberg
Ethical Theory and Moral Practice, Vol. 18, No. 3 (June 2015), pp. 461-474
Springer
The Elgin Marbles, Romanticism & the Waning of 'Ideal Beauty'
By: Rochelle Gurstein
Daedalus, Vol. 131, No. 4, On Beauty (Fall, 2002), pp. 88-100
The MIT Press on behalf of American Academy of Arts & Sciences
The British State and the Anglo-French Wars over Antiquities, 1798-1858
By: Holger Hoock
The Historical Journal, Vol. 50, No. 1 (Mar., 2007), pp. 49-72
Cambridge University Press
Mourning the Marbles: The Strange Case of Lord Elgin's Nose
By: Gillen D'Arcy Wood
The Wordsworth Circle, Vol. 29, No. 3 (Summer, 1998), pp. 171-177
The University of Chicago Press
The Parthenon Sculptures: Emblems of British national identity
By: Debbie Challis
The British Art Journal, Vol. 7, No. 1 (Spring/Summer 2006), pp. 33-39
British Art Journal
Translating the Elgin Marbles: Byron, Hemans, Keats
By: Angela Esterhammer
The Wordsworth Circle, Vol. 40, No. 1, The Wordsworth Summer Conference (Winter, 2009), pp. 29-36
The University of Chicago Press
A New Home for Treasures of the Acropolis
By: Jarrett A. Lobell
Archaeology, Vol. 62, No. 5 (September/October 2009), pp. 32-37
Archaeological Institute of America 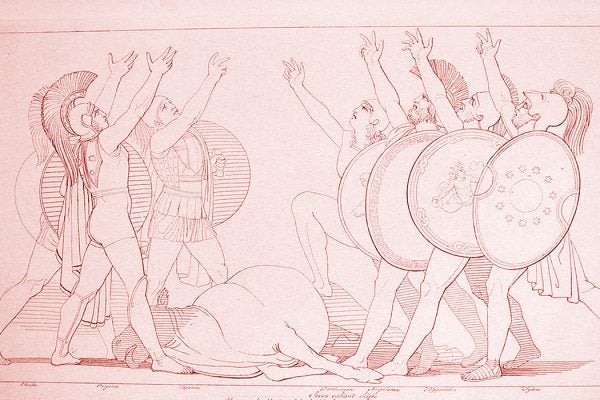