Waking the Spirits: The Diaries of John A. Clark

During the fall and winter of 1861-1862, Clark and many other officials in Santa Fe attended at least eight séances. 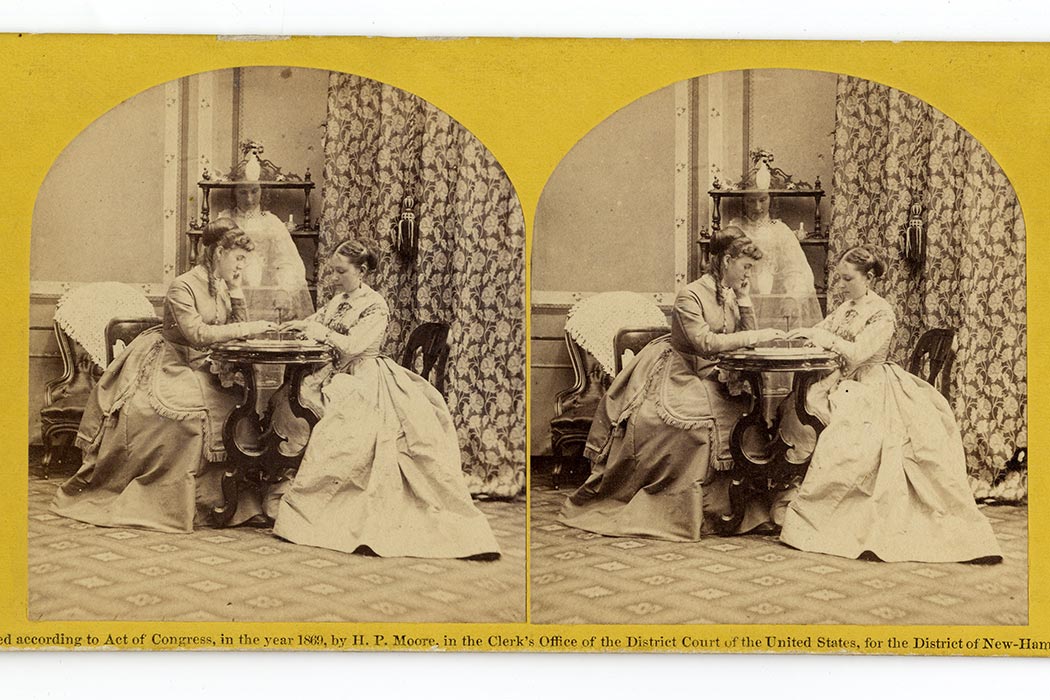 The archival box containing John Clark’s leather-bound diaries is heavy; this is because it contains twenty-five leather-bound journals, filled with meticulous entries and some intermittent maps detailing Clark’s daily life and travels in New Mexico during the 1860s. Clark had been a surveyor and lawyer in Illinois, and Abraham Lincoln appointed him to be the Surveyor-General of the Territory in 1861.

I was sitting in the reading room of the Fray Angélico Chávez History Library in the New Mexico History Museum, poring over Clark’s diaries in order to get a sense of what life was like in Santa Fe during the Civil War. Clark left Illinois for New Mexico on September 3, 1861; he was alone, having decided that the western territories—and the emigrant trails that would take him there—were no place for his wife and small children.

The first volume of Clark’s diaries revealed him to be a thoughtful and analytical observer of life on the road, describing the landscape around him and the growing Anglo settlements of Fort Kearney and Denver City. After some delays due to weather and broken wagon wheels, he arrived in Santa Fe on October 8 and was officially sworn in as Surveyor-General the next day. He established an office, hired some clerks, and began his work settling land claim disputes and sending junior surveyors to mark out and make boundary assessments throughout northern New Mexico.

I was most interested in what came next, as the Texans drew closer to the territorial capital (Confederate lieutenant colonel John Baylor was already ensconced in Mesilla and had taken several Union forts south of the Jornada del Muerto) and then occupied it. I was not disappointed; Clark was just as detailed in his descriptions and assessments of Santa Fe as he was during the journey there.

As I turned the pages of his diaries, I read about his frequent walks up into the hills surrounding the town and its busy central plaza; his interactions with the Union’s military and civilian officials, including Governor Henry Connelly, Colonel Kit Carson, and General Edward Canby; his disapproving observations of gamblers and drunks and the men who frequented “fandangos” in order to dance with certain disreputable ladies; and his almost anthropological descriptions of (New) Mexican funerals and religious celebrations.

And then the entry for October 28, 1861 made me sit up a little straighter. That night, Clark wrote, he had gone to a party in which the attendees had “formed a circle & waked the Spirits but they paid little attention to us—tipped the table many times & according to the manner of sending in vogue.”

This was probably the first time that Clark had been to a séance, although they had been all the rage as parlor pastimes and public performances during the antebellum era. Through such events, spiritualist mediums (both men and women) “presumed to act as channels of communication with the spirit world,” piercing the veil between the living and the dead and providing evidence of an afterlife. Prominent Americans, including politicians and writers, were captivated by the tensions that Spiritualism created between reality and fantasy, scientific and religious beliefs, and evidence and faith.

During the fall and winter of 1861-1862, as Santa Fe residents readied themselves for war with the oncoming Confederates, Clark and many of the Territory’s other officials attended at least eight séances. At first these gatherings took place in the quarters of Major James Lowry Donaldson, the Chief Quartermaster of the Department of New Mexico. By January 1862 Donaldson had procured a new device, a “dial and table” that Clark later described as

“An alphabet arranged upon a circular plate, with a hand like that of a clock attached to a spring below like the main spring to a watch upon which is placed a cylinder of wood, & around this a cord one end of which is attached to the chair of the operator or any other stationary object –the dial is made fast to the top of the table & as the table moves from the ‘medium’ drawing upon the cord it moves the hand which points to the letters on the dial & so spells out words & sentences & thus communications are received as some believe from the spirits of the departed.”

This was likely a “planchette,” a device used to facilitate automatic writing, which entrepreneur Elijah Bond later marketed as a commercial parlor game, the Ouija Board.

Using the planchette Clark, Donaldson, and a group that grew to include Canby’s wife Louisa, gathered in the house of a woman named Mrs. Edgar, and attempted to “evoke the spirits” during dinner parties. Clark did not know what to make of the results. “I see the operation & the communications are of such a character,” he wrote in his diary, “that with all our reason and philosophy we are entirely unable to account for them.”

What to make of these séances? Were they mere pastimes, entertainments for upper-middle-class Anglos with nothing else to do with their evenings in a frontier town? Were they opportunities to seek answers—to questions asked of the dead—in a time of great uncertainty and instability? Or were they, like the war itself, a chance to express a belief in something amorphous and larger than oneself? 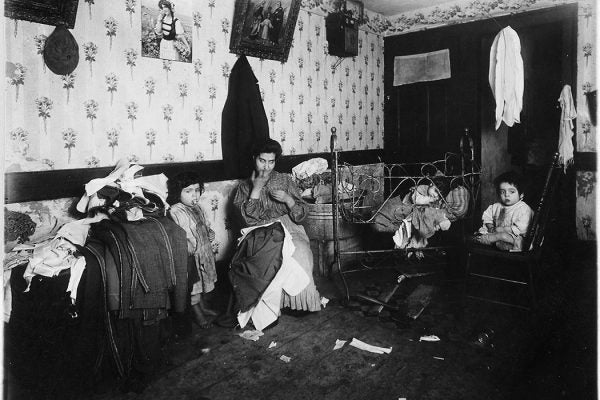 As President Obama prepares to move forward on immigration reform, the debate over the role of immigrants in US society is ramping up.