Meat and Potatoes: The Reminiscences of Alonzo Davis 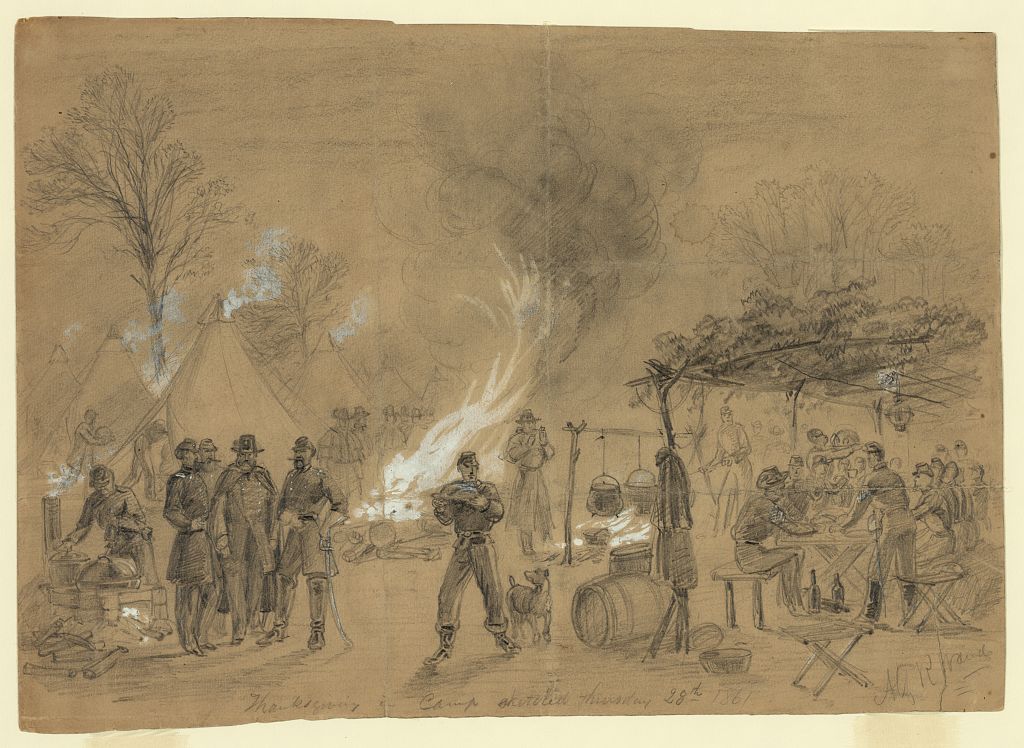 In April 1863, the men of the 4th California infantry were hungry. They were posted at Drum Barracks outside of Los Angeles, and were preparing to march to Arizona to serve the Union as frontier post guards. It had been a very dry spring in southern California and the stock had grown lean.

“The butcher who had the contract for furnishing the government troops with beef supplied us with meat of a character that it made it impossible to eat.” private Alonzo Davis wrote in his memoir. Davis and his comrades in Company I complained to their commanding officer, who “promised to attend to the matter.” Clearly not satisfied with this course of action, they decided to stage a more public protest.

After conferring with soldiers in several other regiments, Davis and about one hundred other men took several coffins from the garrison storehouse and placed the inedible meat within them. Then they picked up the coffins and marched solemnly around the parade grounds before heading outside of the walls to bury them north of the garrison. They fired a salute, and then returned to the fort.

It is unlikely that this protest resulted in the procurement of better meat for the men of the 4th California. But their protest calls attention to the reality of food quality and shortages in Civil War armies; and interestingly, Davis and his compatriots buried their meat around the same time that Confederate women and children engaged in bread riots in Richmond, Virginia, many thousands of miles away.

I thought of Davis, his hunger, and the buried meat last weekend, as I—like millions of other Americans—celebrated Thanksgiving, the only national holiday during which we obsess about both food and history. For most, this particular holiday calls up images of Puritans and Wampanoags, snippets of colonial history learned in elementary school classrooms and pageants. But it should also remind us of the Civil War, another time of both plenty and scarcity in our national past.

On October 3, 1863, Abraham Lincoln issued a proclamation stating that during the previous year, in “the midst of a civil war of unequaled magnitude and severity,” northerners had experienced the “blessings of fruitful fields and healthful skies.” In order to celebrate such bounty, Lincoln urged his fellow citizens to “set apart and observe the last Thursday of November next, as a day of Thanksgiving and Praise to our beneficent Father who dwelleth in the Heavens.”

1863 had indeed been a remarkable year for the Union and its war effort. Lincoln had issued the Emancipation Proclamation on January 1. The northern armies had won an important victory at Gettysburg and were gaining ground in the Southeast. The U.S. Navy controlled the entirety of the Mississippi River after the fall of Vicksburg, Mississippi. Union forces had already turned back a Confederate invasion of the western territories in the spring of 1862, and regiments were continuously streaming toward that region from California in 1863.

All of these soldiers and sailors were likely quite willing to set aside the last Thursday in November to give thanks, and many already did so (see Alfred Waud’s sketch of a Thanksgiving dinner in a Union camp in 1861, above). And they were more than willing to eat their fill, if given half the chance. As the historian Joan Cashin has pointed out, the fighting men on both sides of the conflict, like Davis and the 4th California, were almost always ravenous.

During the marching and fighting season in particular, they burned several thousand calories a day. The average daily ration for Union soldiers—the amount of food distributed to them by army quartermasters for three meals—was “one pound of meat with twelve ounces of hard bread, some vegetables, coffee, vinegar, and salt.” They could supplement these rations with goods purchased or foraged from civilians, merchants, or army sutlers but when wages fell short or wagon trains were waylaid, soldiers often went hungry.

In the deserts of the Southwest, such situations were quite common. As I have noted in a previous UnCatalogued post, “the central drama of the Civil War in this region was the struggle to secure, transport, and ration supplies.” Soldiers on the move through the desert were most concerned about finding steady supplies of water but they were equally worried about getting enough to eat.

As they marched the three hundred miles from Drum Barracks to Fort Mojave in Arizona a few weeks after their burial of the meat, Davis and Company I endured “ scarcity of water, plenty of hard-tack and ‘sow belly,’ and abundance of torrid weather.” Once they reached the Fort, however, the food supplies were more consistent and plentiful—at least as long as the Colorado River was running high enough for supply boats to make the trip.

Over the next year, in order to hedge their bets against drought periods and stave off hunger during exploratory excursions or trips guarding wagon trains, Davis and his comrades made use of what had become an emigrant and an army staple in the Southwest.

“Desiccated potatoes,” Davis wrote with a grin, “is the out-swellingest grub, ever!” These potatoes, sliced thin and then compressed until all the juice is removed, “look like coarse ground white corn meal.” Just one small piece could feed four men; Davis discovered this the hard way, as one night in April 1864 he cut off a much larger chunk than necessary and the potatoes rapidly mushroomed out of the pan and into the fire.

Dried vegetables were vital provisions for Civil War soldiers in the Southwest because they solved several problems at once. As Davis noted, “They are a great thing for army use as a large amount of food can thus be taken to the desert or elsewhere where economy of freightage is desirable, for they are light, supply a great deal of food, and are easy of transportation.”

Civil War soldiers—especially privates—were rarely able to indulge in large meals, cooked and eaten in a kitchen, with family gathered around. Instead, they made do with what was available to them. Alonzo Davis did not record his thoughts on Thanksgiving in his reminiscences (now held at the Arizona Historical Society in Tucson) but his experiences reveal the enormous challenges of feeding the men who were fighting for the future of the country.

Share Tweet Email Print
Have a correction or comment about this article?
Please contact us.
Civil WarUnCataloguedGastronomica: The Journal of Critical Food StudiesProceedings of the Royal Society of LondonThe Journal of Arizona HistoryThe Virginia Magazine of History and Biography 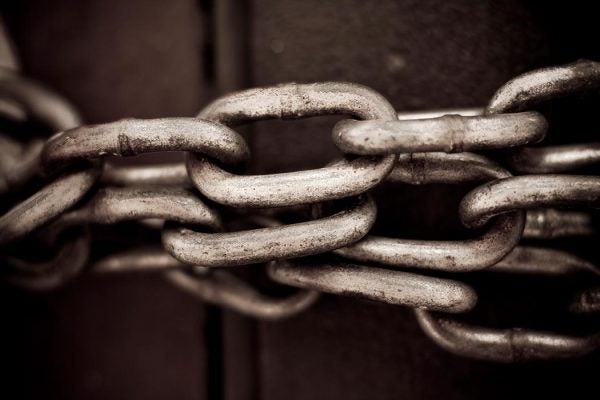 The Modern History of Slavery

The Walk Free Foundation recently reported that 35 million people in the world today are trapped in different forms of slavery.