How Tucson Enforced Its 1918 Mask Requirement

During the influenza pandemic, the Arizona city’s police force fined and arrested people for not wearing face masks. 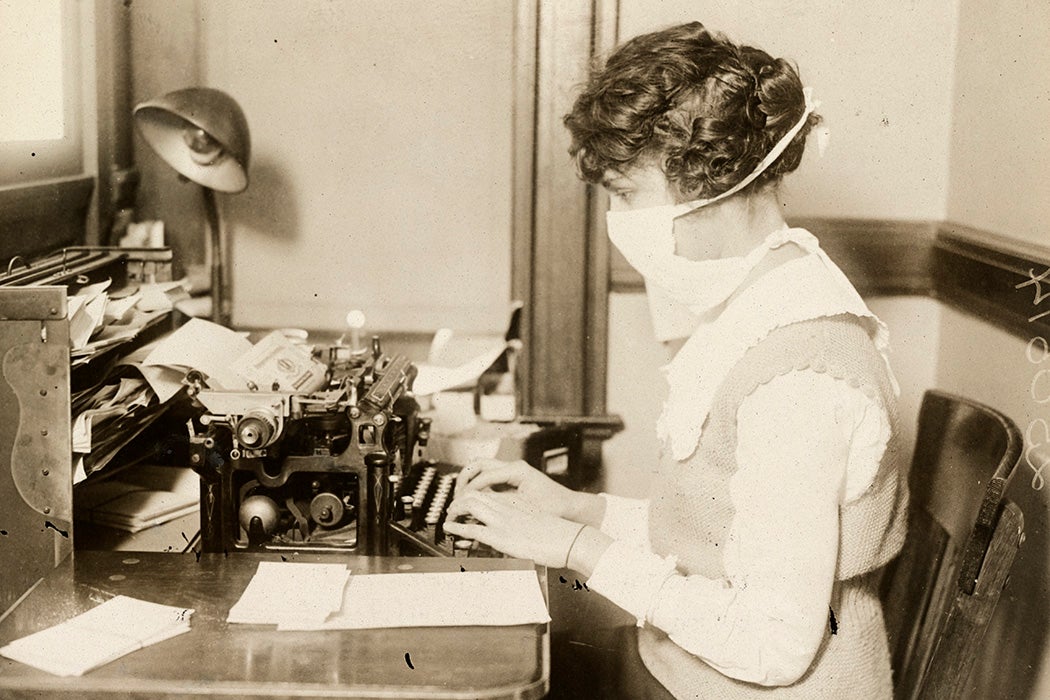 What happens when you are ordered to wear a mask during a pandemic? Today cloth masks are recommended by the World Health Organization and the Centers for Disease Control and Prevention. But during the 1918–1919 influenza pandemic, there were cases of legally enforced masking. It may be instructive to see what happened 102 years ago in Tucson, Arizona.

The pandemic was stunning in its reach. Ten times more Americans were killed by this strain of flu than by World War I. Worldwide, the pandemic took tens of millions of lives. Arizona had been a state for six years when the first cases of flu appeared, in October 1918.

Historian Bradford Luckingham describes a scene that should no longer sound exotic: Businesses, schools, churches, theaters, and other places of public gathering were closed. The University of Arizona and the public library suspended operations. An emergency hospital was set up in the university gymnasium because city hospitals were filled to capacity.

The board of health revised the order to include streets and parks, and specified that the mask had to cover both nose and mouth.

These sort of city-wide actions, however, were not universally approved. Besides an outcry from small businesses, Luckingham writes, “a variety of interests, including those connected with religion and educational institutions,” criticized the closures.

But even with a rising death toll, there were larger principles at stake, as Tucsonans “were forced to address basic questions of civil liberty and the authority of local government” when the city board of health issued a masking order on November 17: “masks should be worn in any place where people meet for the transaction of necessary business,” it said.

The police department complained that its officers couldn’t enforce an order that didn’t require masking on the street, so the board of health revised the order to include streets and parks, and specified that the mask had to cover both nose and mouth. A fine of not less than ten dollars (approximately $170 today) and/or no more than thirty days’ imprisonment was instituted. Twenty-five undercover police were assigned to enforce it.

As the number of flu cases dropped from twenty a day to six a day by Thanksgiving, pressure to repeal the masking rule became intense. On December 1, places were reopened, but people were still required to wear masks. The exception was schoolchildren; it was thought that a new split school day would provide sufficient distancing for a population notably not hard hit by the pandemic.

Nonetheless, adults without masks were arrested and fined. A local banker appealed his conviction. The mask law was overturned on what might be called a legal technicality: The law represented class legislation because schoolchildren had been exempted from it. For all intents and purposes, this was the end of Tucson’s experiment in enforced masking.

Luckily, this coincided with a further reduction in the number of cases and a petering out of the pandemic. As Luckingham notes, Tusconans were only too happy to move on, celebrating the end of World War I and trying to forget about the pandemic.