The Woman Agrostologist Who Held the Earth Together

When government wouldn’t fund female fieldwork, Agnes Chase pulled together her own resources. 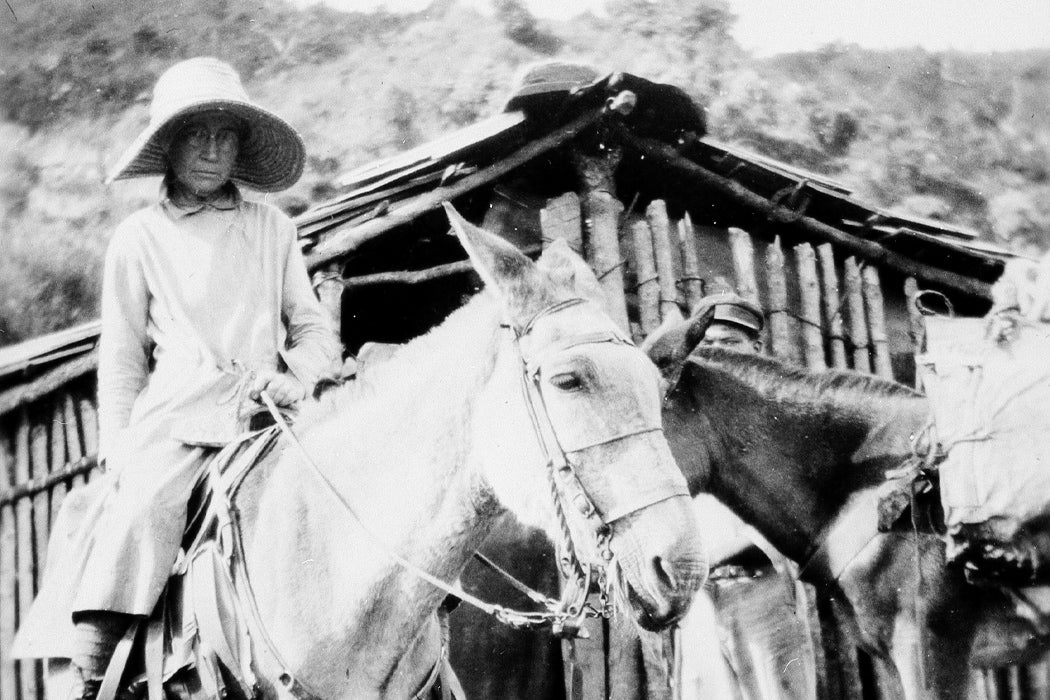 In 1918, the police arrested several activists and members of the Women’s Party, who demanded that President Woodrow Wilson keep his campaign promises to support women’s suffrage. While in jail, the women engaged in a hunger strike, drawing media attention and making national headlines. One of them was Agnes Chase, a scientist at the United States Department of Agriculture with an interesting specialty and an uncommon title. She was an agrostologist—a researcher that studies grass—who managed to rise up the ranks of the USDA at a time when the majority of women in the workforce were domestic or agricultural workers. Chase was a rare specimen herself—but now her career was under threat. The government bureaucrats weren’t keen on tolerating her civil disobedience.

Born in 1869 in rural Illinois, Agnes Chase grew up in poverty, lost her father when she was two, and had very little education. After grammar school she worked as a clerk and later as a proofreader and typesetter at the School Herald newspaper where she married editor William Ingraham Chase, who died only a year later. Chase took classes at the Lewis Institute and the University of Chicago, and although she never received a degree she became interested in botany. While working at night as a proofreader, she pursued plant studies during the daytime and took part in local botanizing trips on weekends and holidays, meeting other amateur plant enthusiasts. She was particularly interested in grasses because, as she wrote, they are “what holds the earth together.”

As she began to draw illustrations for the Field Museum, the plant curator Charles Frederick Millspaugh urged her to look for a government job and gave her excellent references when she applied for a scientific illustrator position at the USDA’s Bureau of Plant Industry in Washington, D.C. There, Chase worked with Albert Spear Hitchcock, the new assistant chief of agrostology, who let her study plants at the National Herbarium. Working on her own time, she studied and mastered the taxonomy of the Poaceae (formerly Gramineae), one of the largest plant families that includes not only lawn grass varieties but also important crop species, such as corn, rice, bamboo, and grains like barley, wheat, and oats. This economically important grass family was a major research focus for the Bureau of Plant Industry, so once Chase began publishing research papers, she was quickly promoted—from illustrator to scientific assistant in systematic agrostology to assistant botanist in 1909.

Besides scientific interests, Chase always had a very strong sense of social justice, likely triggered by the impoverished years of her early life. She belonged to several organizations fighting for social change—not only the Women’s Party, but also to the Socialist Party, Women’s Christian Temperance Union, and The National Association for the Advancement of Colored People. Her memberships and activities left her employers concerned. While she was on a hunger strike in jail, top USDA officials ordered her dismissal “for conduct unbecoming a government employee.” But Hitchcock refused to fire Chase. He insisted that he could not complete his work without her—her skills were imperative in the research that had yet to be done. When Chase was let out, both her old USDA position and her boss were waiting for her.

Hitchcock wasn’t exaggerating when he said Chase’s expertise was imperative in the research that was yet to come. Working together, the two scientists mapped out an ambitious research program to observe, collect, describe, identify, and classify all the grasses in the Americas. In 1910, they published a volume of North American Species of Panicum, a genius that includes millet. Later, they began a series of expeditions to Latin America, not only to collect specimens but also to observe plants in their natural environments, and compile data on range, distribution, and lifecycles.

That’s where the gender gap became especially pronounced. Hitchcock was able to secure funding for himself, but not for Chase—because she was a female.

Hitchcock finished his funding request, stating that he could “think of no reason why a woman should not be able to prosecute botanical work within the limits of the Canal Zone as well as a man.” But the funding officials refused permission nonetheless, explaining that they were “reluctant to send a woman on a mission of this kind.” They listed two concerns—a financial and a personal one. “I regret to say that I am unable to recommend that Mrs. Chase be sent to the Canal Zone in connection with the Biological Survey, both because I doubt whether the sum mentioned by Professor Hitchcock would be sufficient for her expenses and because I doubt the advisability of engaging the services of a woman for the purpose.” Similarly, the field station at Barro Colorado Island in the Panama Canal watershed, which Hitchcock himself actively helped set up, refused women access. One of station’s other founders wrote that he wished to preserve the station for “real research men.”

This was not an uncommon issue at the time, says Jenna Tonn, visiting assistant professor at Boston College, whose research focuses on the history of women and gender in modern science. In the early twentieth century science became professionalized, requiring an advanced degree to succeed in academia. Simultaneously, the number of women receiving college education also grew significantly—for the first time in history. “They are accessing a new range of education, and they are experiencing pushback from men who are in their classes or are their teachers,” Tonn explains. As men felt more threatened by the competition that hadn’t been there before, more gender-based gatekeeping took place, including financially. “In the early twentieth century, women were doing great research in the field of botany and were part of federal institutions, but they didn’t have full access to all the resources that their male counterparts did,” Tonn says.

Chase was a telling example. “She shows that for women to succeed in professional sciences they really had to have a male mentor who was embedded in the system and who really fought for them,” Tonn says. Yet that only worked up to a point. If women wanted to do field work, they had to raise money themselves.

So Chase funded her expeditions herself, with the help of the women’s organizations she belonged to. She reached out to the North American female missionaries in Latin America, who hosted her in their homes, and helped her with transportation and other logistics. “The missionaries travel everywhere, and like botanists do it on as little money as possible,” she wrote in her notes. “They gave me information that saved me much time and trouble.”

Local female scientists also jumped at the chance to her help. Doña Maria Bandeira, who was a moss specialist at the Botanical Garden in Rio de Janeiro, helped Chase organize her travels and went with her on several collecting trips. Together, the two brave botanists climbed one of the two highest peaks in Brazil on Mount Itatiaia, and they descended “with skirts filled with plant specimens.” With her own money, Chase spent long stretches of time traveling Latin America by train, truck, bus, car, horse, mule, and foot. As a result of her eight month-long Brazilian expedition, five rare species and eight new species of pathogenic plant fungi—such as those that blacken corn—were identified and described.

Over the years she published numerous papers and books. Her popular volume, First Book of Grasses, was translated into Spanish and Portuguese and was used to teach basic agrostology to generations of Latin American botanists. During her travels, Chase forged long-term personal friendships with many local researchers who were so impressed by her work that she gained more recognition and scientific influence in Latin America than she did at her home institutions, the USDA and the Smithsonian.

When Chase finally retired from the USDA at seventy years old, she did not give up her botanical work. She continued work as an honorary curator—and later, an honorary fellow—at the U.S. National Herbarium, Smithsonian Institution. On her ninetieth birthday, she received at least some of the recognition she deserved. She kept her honorary post until she died at age ninety-four, in 1963. 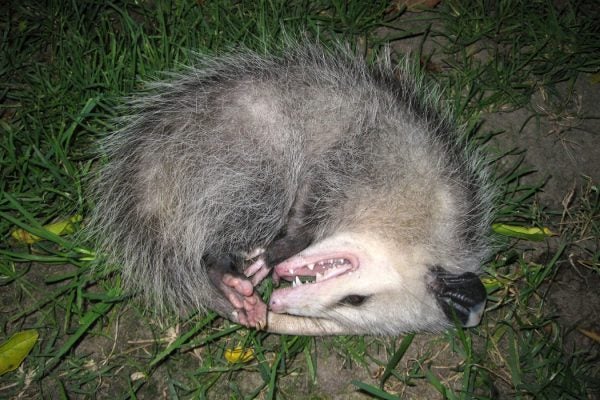 Some animals, when faced with predators, play dead instead of trying to escape. But for death-feigning to work, a lot of things have to go well.