The Unexpected Effects of the Oklahoma City Bombing

Divorce rates declined considerably in Oklahoma City during the immediate aftermath of the 1995 bombing there. Social scientists have a few theories as to why. 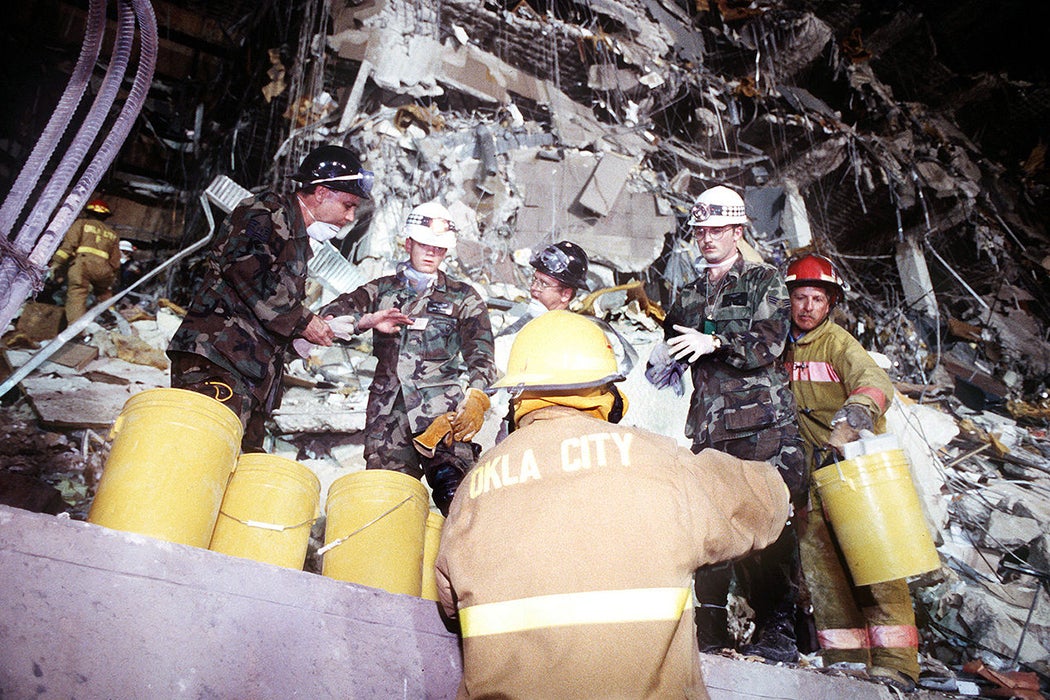 Firefighters and Air Force reserve members at the site of the bombing, 1995
via Wikimedia Commons
By: Peter Feuerherd
2 minutes
Share Tweet Email Print

How do people respond to shared trauma? Studies of the aftermath of the Oklahoma City bombing of April 19th, 1995, indicate that the traumatic event resulted in people seeking to strengthen their bonds with loved ones: Divorce rates went down, and birth rates went up.

While tragic, the Oklahoma City bombing provided a fortuitous case study. When domestic terrorists Timothy McVeigh and Terry Nichols carried out the truck bombing of the Alfred P. Murrah Federal Building in downtown Oklahoma City, a total of 168 people died and more than 700 were injured. At the time it was the most calamitous terrorist attack in American history. Sixty-two percent of people in the city reported that they were personally affected by the events of that day. Forty percent said they knew someone who was injured or killed. The death of nineteen young children in the bombing was particularly traumatic.

Divorce rates for the entire Oklahoma City metropolitan area declined considerably in the immediate aftermath of the bombing.

Researchers have since studied the ripple effect the attack had on both divorce rates and birth rates. Family researchers Paul A. Nakonezny, Rebecca Reddick, and Joseph Lee Rodgers note that after the bombing, survivors were statistically less likely than the general population to divorce. Divorce rates, compared to the previous 10 years, declined in the Oklahoma City region in the months after the blast. Researchers thought that the impact would be felt most acutely by those closest to the bomb site, and indeed, the impact was highest among those who lived in counties most directly affected by the bombing, and lessened in Oklahoma counties located further away from downtown Oklahoma City.

In a separate study, Joseph Lee Rodgers, Craig A. St. John, and Ronnie Coleman discovered that Oklahoma City metropolitan area underwent a baby boom nine months after the bombing. In seventy-seven Oklahoma counties, both factors—marriage longevity and increased procreation—declined the further away the counties were from ground zero.

Do these factors pertain to other manmade disasters? Some popular journalism assumed that there was a baby boom nine months after the 1965 East Coast blackout. In reality, that never materialized. The researchers into the Oklahoma City bombing’s impact theorized that while the events of 9/11 were also traumatic, their direct impact among the massive New York and Washington metropolitan region was more diluted, so a direct correlation to divorce and birth rates was hard to find. In the relatively small confines of Oklahoma City, however, a high percentage of the population could claim to be directly affected. 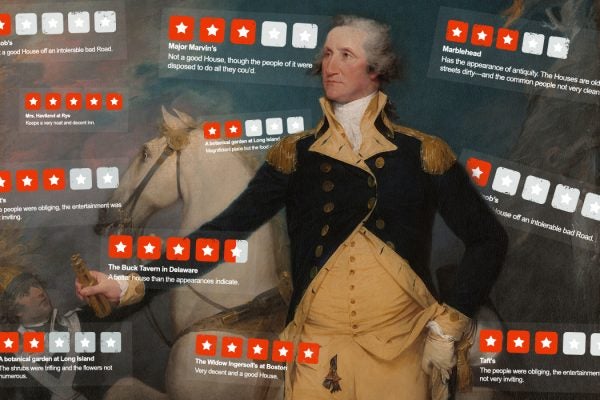 Staying at inns allowed Washington to examine the state of the infrastructure for traveling in the new federal Republic. The only problem was, he hated it.