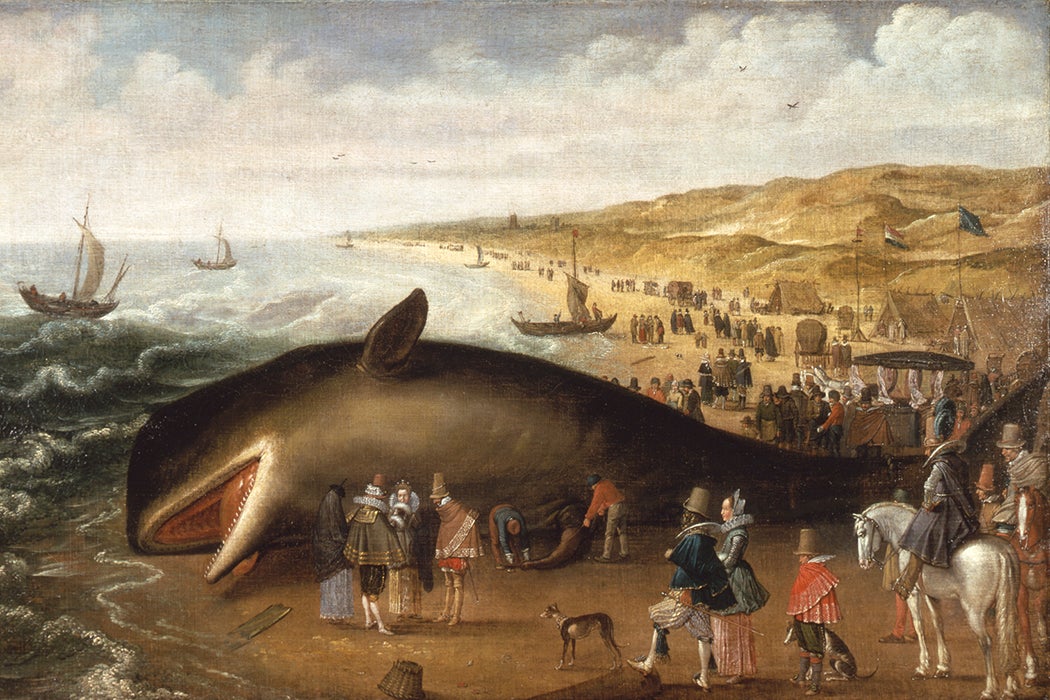 Is there any sentiment more quintessentially “Earth Day” than “Save the Whales”? Since the 1960s, pop culture and environmental activism have transformed the whale “from objectified litres of oil, kilos of meat and blubber…into sacrosanct symbols of threatened oceans and nature,” writes anthropologist Rob van Ginkel. For this reason, he argues, “When it concerns whales, all critical thinking seems to recede.” To demonstrate, van Ginkel recounts “the tragicomedy that evolved” over “Johannes” (later changed to “Johanna”) the whale.

In December 2012, the nearly 40-foot-long humpback washed up on the beach in the Netherlands. Right away, staff from nearby nature museums and marine research institutes “began planning a rather modest rescue operation to get the whale back to the open sea,” writes van Ginkel. “They had good hopes…They expected that the sea mammal would perhaps be able to free itself [during high tide].” Instead, the whale re-beached on a sandbank, sustaining deadly injuries. By the end of the first day, rescuers were fairly certain Johanna would die.

“When it concerns whales, all critical thinking seems to recede.”

“When the initial efforts to rescue the humpback whale failed, a public outcry to ‘do something’ began mounting steadily,” recounts van Ginkel. “The animal proved tragically photogenic…particularly when the whale was said to be ‘crying’—secretion was dripping from one of its eyes, probably because it was trying to get rid of sand.”

After one final failed attempt to save Johanna, rescuers decided that further attempts would only cause needless suffering. Johanna was sedated, and set to be euthanized.

Unfortunately, the tragicomedy continued: the next morning, “amazingly,” writes van Ginkel, “the animal still showed signs of being alive.”

When rescuers proposed a second euthanization, activists and anti-whaling organizations alike were vocally opposed. Whales are typically euthanized with dynamite, so the use of sedatives was controversial. The director of one organization, Sea Shepherd, claimed that Johanna’s skeleton had been “promised” to Naturalis, a local natural history museum. “Some pro-animal activists even began suggesting that the skeleton had been sold to Naturalis, a bizarre accusation that has never been substantiated,” according to van Ginkel.

A Sea Shepherd representative tweeted out a message asking their supporters to come and aid Johanna. “How the Sea Shepherd people had wanted to help Johannes remains unclear,” van Ginkel writes, “unless they had intended to shove the beast back into the sea with their bare hands.”

Eventually, after four days on the beach, Johanna died. Immediately, more conspiracy theories developed: was Johanna intentionally left to die? Various sources claimed she could have been saved, or that footage of the whale was positioned to look more hopeless than it actually was. The media cited one  “independent cetacean researcher” who claimed to have “checked” the whale (in reality, this “whale expert” was a musicologist with a thesis on whale songs). Canadian social media strategist Jackie Bigford posted a blog for “’the Great One of our Watery Spaces’ whose life was ‘stolen.’”

I see a puddle of tears pooling below her compassionate eye. I am understanding her tears were shed not for herself, but for those who stole her life…She weeps tears for them, as she knows they have yet again lost an opportunity to use her plight of being in need of rescue, as an opportunity for them to rescue themselves.

Despite the outcry, van Ginkel writes, “Johanna was not killed…She died from myopathy and massive internal damage because she had been lying on the sandbank for too long.”

What made this particular event so emotionally charged? van Ginkel argues that poor Johanna was burdened with the weight of all the symbolism associated with the whale. “The heavily mediatised efforts to rescue the animal escalated into a contest about knowledge claims with high moral overtones,” writes van Ginkel “the humpback had turned into…a Super Whale that was saturated with a plethora of meanings.” 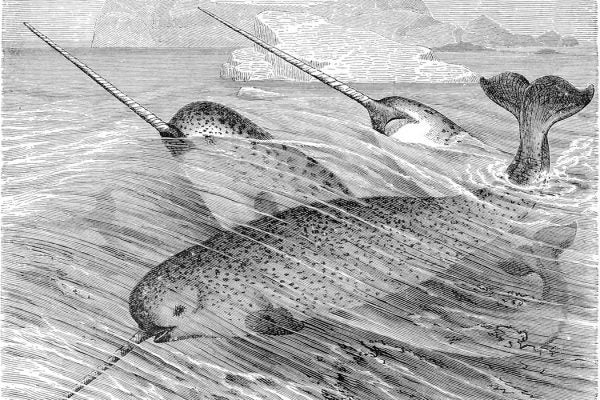