Why don’t we know what narwhals’ tusks are for? New footage suggests they use the tusks to stun fish before eating then, but some mysteries remain. 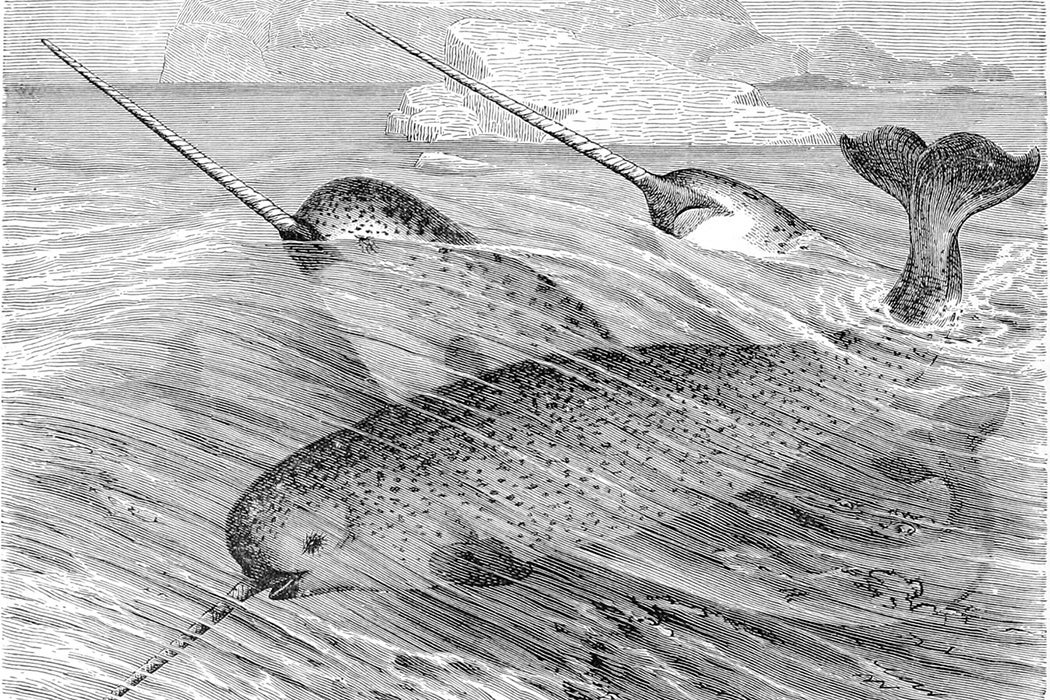 Narwhals, native to the high arctic, are popular but there is relatively little research about them due to their remote habitat and secretive ways. Their most distinctive features are the long “horns” that are believed to have given rise to the legends of unicorns, although the “horn” is actually a tooth (tusk) which erupts from the jaw. Despite the legends, the actual use of the tusk has been debated for more than a hundred years.

Narwhal tusks can be huge—in an adult, the tusk can be half or 2/3 the entire length of the animal. There are exceptions, but typically only the males have tusks; females don’t have functioning teeth. It is almost always the upper left tooth that grows into the tusks, but double tusks do occur.

Narwhals might be able to sense characteristics of the water such as salinity or the presence of fish with their tusks.

The use of the horn stumped many early explorers. Nineteenth century observers reported seeing male narwhals “fencing” or jousting with the tusks, suggesting a fighting function. However, other observers noted that when aggregated together, narwhals seem to try and avoid contact between tusks. (This does not rule out a fighting function; they might only fight under different circumstances.) Broken tusks are common. Adding to the confusion, early researchers examining broken tusks found what appeared to be pieces of other tusks crammed into the broken tusk. These observations led to suggestions that males were somehow cooperating to plug each other’s broken tusks. More recent research suggests that these plugs form organically and are not planted there by another whale.

Speculation about the tusks continued, with the suggestion that the tusk was used to impale fish or maybe stir up the seabed. Others thought that since females don’t have them it was unlikely that the tusk was used for feeding. Then, in 2006, it was discovered that the tusk is actually extremely sensitive and covered in nerve endings. Using their tusks, narwhals might be able to sense characteristics of the water such as salinity or the presence of fish.

Now, drone footage shows narwhals using their tusk in an unexpected way. The drone clearly filmed the whales using the tusks to bonk fish and stun them for easier eating. (Ruling out a feeding function seems to have been premature.) But the new discovery doesn’t explain why mostly males have the tusks, so most likely the tusk has multiple uses. The fact that predominately males have them does suggest that the tusk is a sexually-selected feature, perhaps used in intraspecific contests or to make a male more attractive. Now it seems that males benefit from other uses as well, but there may be downsides to having a gigantic, awkward tusk on your face. 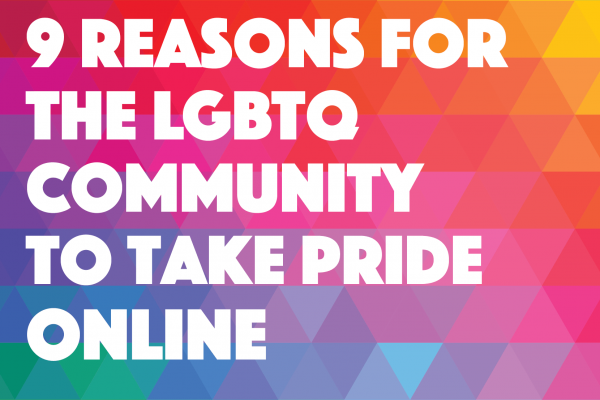 9 Reasons for the LGBTQ Community to Take Pride Online

Today, gay teens don't have to feel alone because the internet makes it possible to connect with other LGBTQ people all over the world. Right?