Mating snails stab each other with barbs to increase chances of paternity. 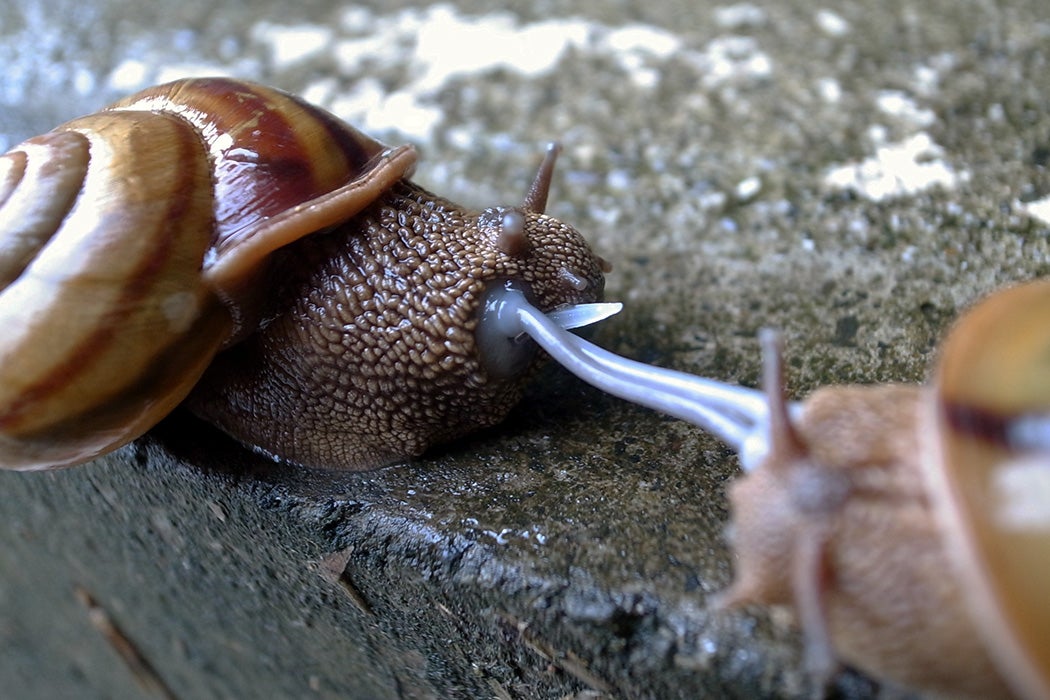 The common snails that chomp on backyard gardens and emerge after rains have wilder love lives than you ever dreamed.

To start with, the mating process lasts for hours. Garden snails deliver what is described as a love dart somewhere along their partner’s body, with hopes of shooting that dart near the snail’s genital pore. They often miss, but not always.

Least remarkably, most snail species are hermaphrodites. Hermaphroditism, or having both biologically male and female sex organs, is a common trait among lots of animals. It’s the norm among animals like snails and slugs, and in their case, each animal can give or receive sperm at the same time.

Just because snails can perform both male and female roles with equal gusto doesn’t mean they do.

But just because they can perform both roles with equal gusto doesn’t mean they do, explained biologists Ronald Chase and Kristin Vaga in a 2006 study on garden snail sex. Chase and Vaga wondered if a hermaphroditic garden snail would be amenable to receiving love-dart stabs on its own body during courtship.

“The concept of conflict is often the key to understanding mating behaviors and mating strategies,” they wrote. “The different interests of males and females fundamentally cause sexual conflict.”

One example of those different interests causing conflict can be found in hermaphroditic flatworms. The sparring between two individuals, each attempting to impregnate the other without receiving any sperm, is called “penis fencing.” Although both flatworms are equally capable of giving and receiving sperm, it’s a lot easier for each of them to impregnate the other and skedaddle than to grow offspring themselves. The result is often a marathon dance of “not it,” with members extended and at the ready the whole time.

Because the dart-shooting impregnation technique technique–which doesn’t transfer sperm but instead increases the chances of successful insemination–seems similarly aggressive, Chase and Vaga expected to find some indication of similar avoidance among the garden snails. They measured whether the snail that shot first had an advantage or whether snails made any effort to avoid being the first to receive the dart. They even collected data on how much sperm each snail delivered. But none of it made a difference: the snails seem truly content to let their partner perform an identical role, regardless of who got a faster start.

“Rather than having a conflict over the dart,” they wrote, “[t]he two courting snails seek independently to dart their partners and exchange sperm… The interactions between the snails appear to be entirely synergistic.”

In other words, they found no evidence that garden snails shy away from being pricked, or attempting to prick the other themselves.

Editors’ Note: This post has been updated to reflect the fact that the garden snail’s method of darting increases sperm viability, and doesn’t serve as a mode of insemination in itself. 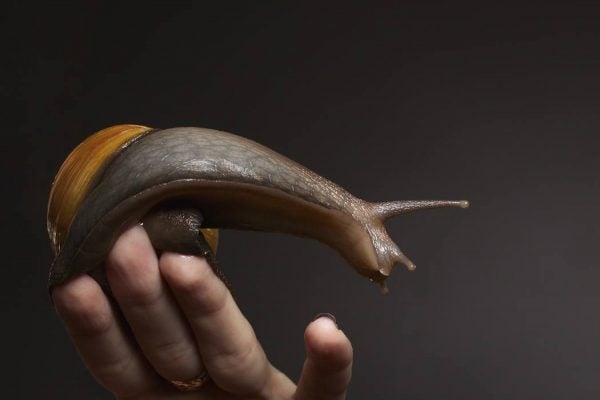