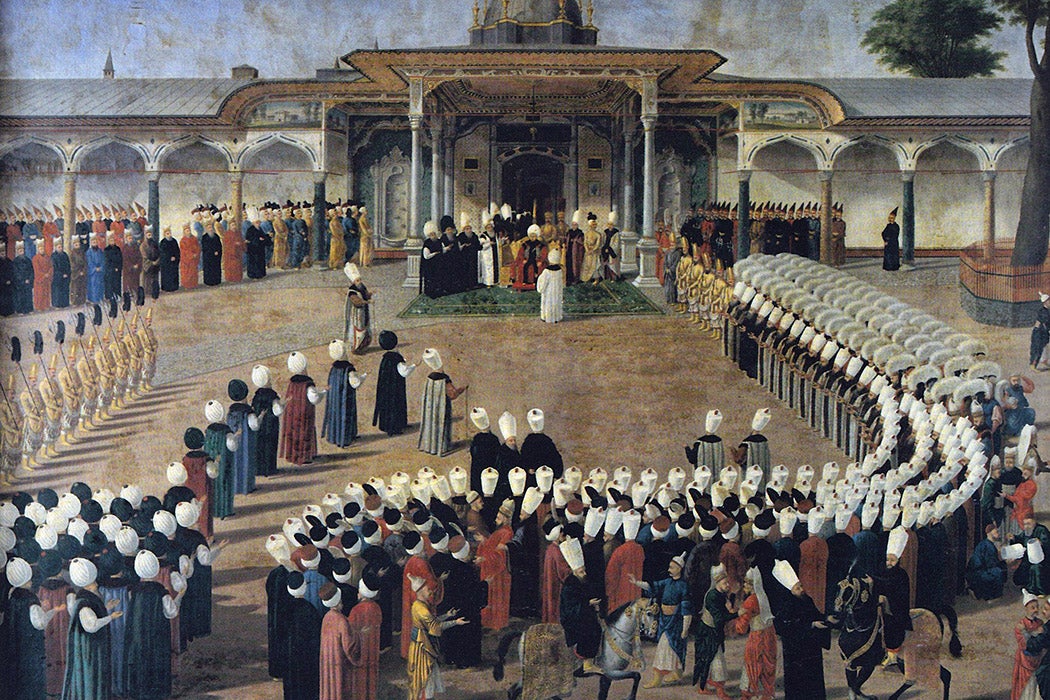 In the 1600s, the court of the Ottoman Empire employed some 40 deaf servants. They were chosen not in spite of their deafness, but because of it. The deaf servants were favored companions of the sultan, and their facility in nonverbal communication made them indispensable to the court, where decorum restricted speech in the sultan’s presence. As Sir Paul Rycaut, an English traveler to the Ottoman court, wrote:

[T]his language of the Mutes is so much in fashion in the Ottoman Court, that none almost but can deliver his sense in it, and is of much use to those who attend the Presence of the Grand Signior, before whom it is not reverent or seemly so much as to whisper.

The deaf attendants taught pages in training to communicate by means of signs. It isn’t certain whether theirs was a fully fledged sign language, though Rycaut suggested that the attendants “can discourse and fully express themselves; not only to signifie their sense in familiar questions, but to recount Stories, understand the Fables of their own Religion, the Laws and Precepts of the Alchoran, the name of Mahomet, and what else may be capable of being expressed by the Tongue.”

Another European observer, Ottaviano Bon, wrote that “both the Grand Signor, and divers that are about him, can reason, and discourse with the Mutes of any thing: as well and as distinctly, alla Mutescha, by nods and signes, as they can with words.”

The book of ceremonies allowed that the monarch would appear in public only rarely.

The convention of silence developed alongside a rule of seclusion, which was set down in the 1470s. That rule was based on the court protocols of Sultan Mehmed II, commonly known as Mehmed the Conqueror, after his conquest of Constantinople at the age of 21. The book of ceremonies allowed that the monarch would appear in public only rarely. In his private rooms, he would receive only particularly important dignitaries and ambassadors. Besides these occasional public appearances, his life would be conducted within the palace walls, tucked away in the innermost court.

The innermost court, the location of the sultan’s private audience hall, can be found at the heart of the Topkapi Palace. The palace is structured like a nesting doll or layer cake: Each court and garden nestles inside the one before, and each successive layer is more private, secluded, and silent than the one before. “Form and silence were the main characteristics of the innermost space of the Ottoman palace, at the edge of the private harem. There an invisible sultan hidden behind curtains would communicate through formal gestures with the pages and officials of his entourage,” writes Oleg Grabar, a prominent scholar of Ottoman art history.

The palace was also a theater. Each of its courts was a stage on which the might and splendor of the Ottoman court could be performed for an audience of foreign guests. An ambassador’s visit called for just such a performance. The script begins with a long ceremonial procession through the city, leading the ambassador up the hill on which the palace sits. Through the dark tunnel of the Imperial Gate, he glimpses the tall cypresses in the Court of Procession. Above the gate’s Quranic inscription is a royal pavilion, from which the sultan could observe his courtiers and guests without being seen himself. Even when he was not there, the presence of the pavilion extended his symbolic gaze, so that the weight of his eye could be felt throughout the palace stage.

Crossing the threshold into the third courtyard was a privilege reserved for a select few.

Beyond the Imperial Gate lies the Court of Procession, lined with neat rows of silent Janissaries, elite members of the Ottoman army. Only the sultan was permitted to ride through the next gate, the Gate of Salutation, on horseback, so there the ambassador had to dismount and leave his horse behind. In the center of the second courtyard was the Gate of Felicity, “the most sublime threshold,” lined on either side with eunuchs dressed in silk and cloth of gold. Beyond the sublime threshold lay the sultan’s private audience hall. At the entrance to the audience hall hung a golden globe ornamented with chains of pearls, representing the sultan’s dominion over the Earth.

Crossing the threshold into the third courtyard was a privilege reserved for a select few. The room beyond was sunk in deep silence, broken only by the gentle murmur of a fountain. There, visitors had to “tread softly in token of fear and reverence, so as not to disturb with the least noise the Majesty of the Sultan.” The sultan sat still and silent, framed by a gilded window; the vizier stood at his side. Two attendants held the ambassador’s arms, pinning them behind his back as they conducted him toward the sultan. They pushed him into a bow, so deep that his forehead almost brushed the velvet of the carpet. In the hush of the room, the servants and courtiers communicated by hand signals. A letter expressing the ambassador’s business was given to the vizier. The whole long performance, the procession through the city and palace, revolved around this brief glimpse of the sultan.

Silence and seclusion were an essential means of expressing the sultan’s majesty to his populace and to visitors from foreign countries. The ceremony of accession to the throne, for instance, revolved around symbolic seclusion.

But a new sultan did not participate in the public parade. He traveled by sea, sitting alone in the golden pavilion of the royal barge. When he reached his destination, he entered the sacred tomb alone; there, he was invested with the power of sovereignty. The blessing of monarchy touched him, not in the hubbub of a crowd, but in the dead quiet of an empty tomb.

On those occasions when the sultan presented himself to the public, he carried his mantle of silence with him, draping it over every citizen as he passed. One contemporary observer noted that, when the sultan paraded through the streets on the way to congregational mosque, the parade passed “in such beautiful order and silence that, except for the sound of the horses’ hooves, one would think there is not a soul in the city, although an almost infinite multitude from diverse nations are watching him pass.” The night before, the sultan’s horse would go without food so that its pace would be suitably slow and stately.

The system of seclusion drew on a long-standing tradition that dates back to the eighth century, the time of the Abbasid Caliphate. Unlike the earlier Umayyad caliphs, who held public audiences up to five times a day, the Abbasid caliphs withdrew behind the palace walls, holding audiences only twice a week and delegating the authority of leading Friday prayer to subordinates. During public audiences, the Abbasid caliph would sit behind a black curtain. For a brief instant, the curtain would lift and reveal his face to the audience; then it would drop, hiding him once more. The awe the audience felt at the sight of the caliph was amplified by this strict rationing of his presence.

The Ottomans were not the first to associate seclusion with silence: In the Abbasid caliph’s reception chamber, the dignified silence was preserved with the aid of soldiers who shot the birds down before they could caw. By participating in and elaborating on that tradition of seclusion, the Ottomans were subtly asserting their claim on the caliphate.

However, the symbolic power claimed by the practice of seclusion corresponded to a paradoxical reduction in the sultan’s actual authority. Before the seclusion protocol emerged, the sultan himself was responsible for the administration of justice and the adjudication of court cases. As seclusion developed, this power was delegated to the Grand Vizier. While Sir Paul Rycaut was visiting the Ottoman court and recording his impressions of the sultan’s awe-inspiring authority, the empire was de facto ruled by the Grand Vizier, Mehmed Köprülü. As the bureaucracy expanded, the sultan, safe in his seat at the heart of the Topkapi Palace, drifted slowly further away from the center of power. 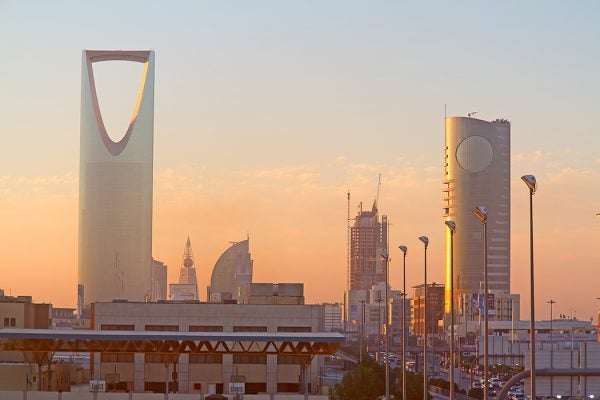