The Renaissance Lets Its Hair Down

The notion that everybody was going to be hairless in Heaven may not have sat well with Italian Renaissance painter Sandro Botticelli. 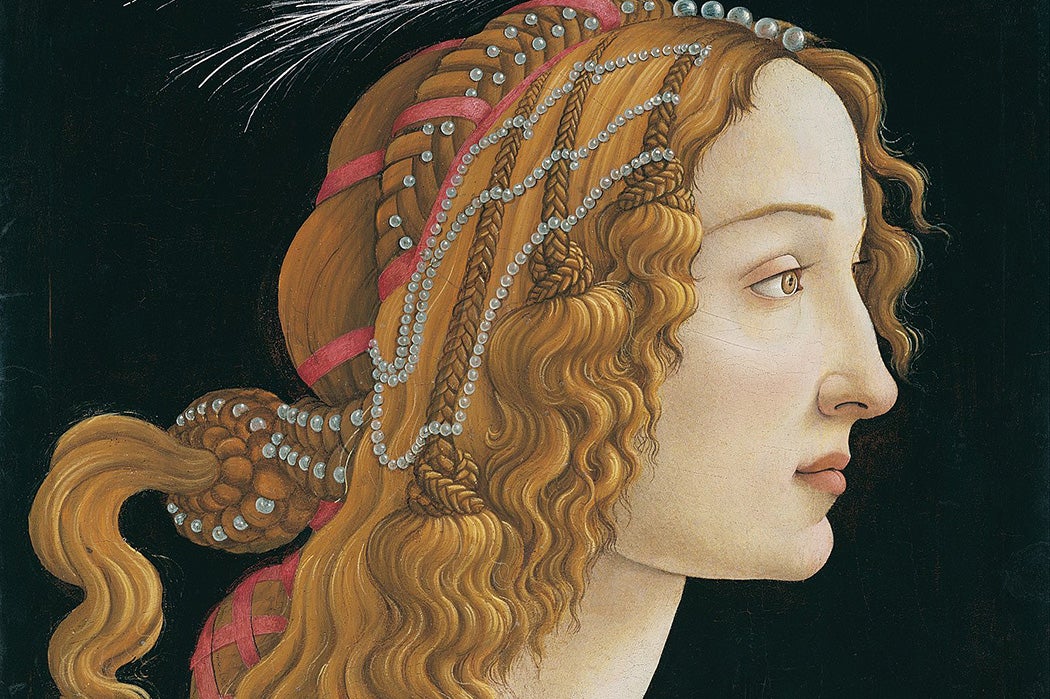 Human hair has been the subject of countless cultural tangles over the centuries. The protein filament has been included in definitions of the civilized and the savage, of the modest and the vain, of the chaste and the sensual, of the orderly and the anarchic. Above all, hair has been intimately written into definitions of sexuality and gender. Biology makes hair grow (unless it doesn’t), but culture asks: how long, how short, how styled, how visible, how hidden?

What art historian Emanuele Lugli calls the “hegemonic Christian depreciation of hairstyles” may be best represented by the thirteen-century theologian Thomas Aquinas. A monk, Aquinas is usually represented wearing a tonsure, the shaved top of the head that represented humility. Building off an earlier Father of the Church, Augustine of Hippo, Aquinas lumped hair among the corporeal superfluities, along with urine and feces. These were things which would not resurrect along with the body come Judgment Day. Hair was irrelevant, when it wasn’t irreverent as a symbol of flaming desire.

An example is Botticelli’s Idealized Portrait of a Woman (allegedly Simonetta Vespucci), thought to have been painted in the early 1480s. The long, pony-tailed, braided, curlicued, honey-blond hair is decorated with more than two hundred painted pearls—during a time the wearing of pearls in public violated Florentine sumptuary laws.

“While interest in the creative possibilities of hair was widespread—what is hair if not a mass of lines that can take any shape?—no one went as far as Botticelli in capitalizing on its intricacy,” writes Lugli. Botticelli made distinctive hairstyles his signature in his first two decades as a painter. The strategy “paid off since arresting locks became a prerequisite of female allure.”

This made Botticelli no friends in the Church. Hair wasn’t simply a theological superfluity, belittled as valueless to the condition of the immortal soul. In the hands, or should we say on the heads, of women, hair could also be a spiritual threat. Female hair was a snare, luring men and boys to lust. In the words of Girolamo Savonarola in 1490—several years before his puritanical bonfire of the vanities and eight years before his own burning at the stake—unveiled women and girls at mass were a trap for both “the angels and the priests.”

Botticelli’s painted hair, writes Lugli, was “a network of ropes, levers, and cantilevers” that did the “muscular work of pulling the spectator’s attention in.” But this work was battling the odds. Religious repression won out. By the 1490s, Botticelli “refrained from painting fabulous manes, covering hair under thick layers of cloth, or turned them into wavy streaks, as repetitive as they are long.” No slouch in his youth when it came to painting men’s hair as well, Botticelli seems to have been defeated on the hair front: his Christ the Redeemer of circa 1500 is the “only late painting in which he still shows an interest in hair.”

Lugli notes that “interest in hair has until recently remained on the margins in art history.” The famed connoisseur Bernard Berenson, for instance, considered Leonardo de Vinci’s bald heads the best drawings of the Renaissance, a judgement Lugli describes as “sustained by the patriarchal moralism that has shaped, and it still does, art historical scholarship.” 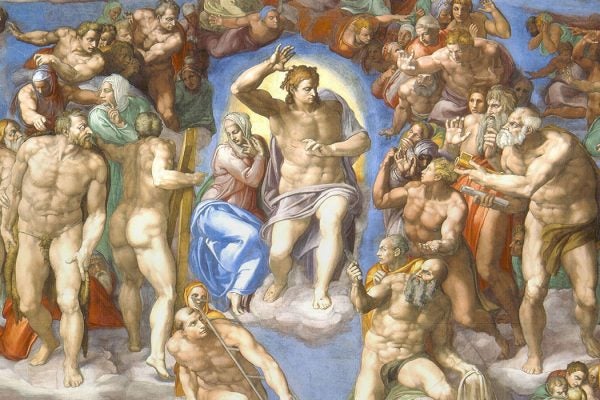 Michelangelo, perhaps the greatest artist the world has produced, wasn't a child prodigy like Mozart. He learned on the job. So maybe there's still hope for the rest of us.