Michelangelo, perhaps the greatest artist the world has produced, wasn’t a child prodigy like Mozart. He learned on the job. So maybe there’s still hope for the rest of us. 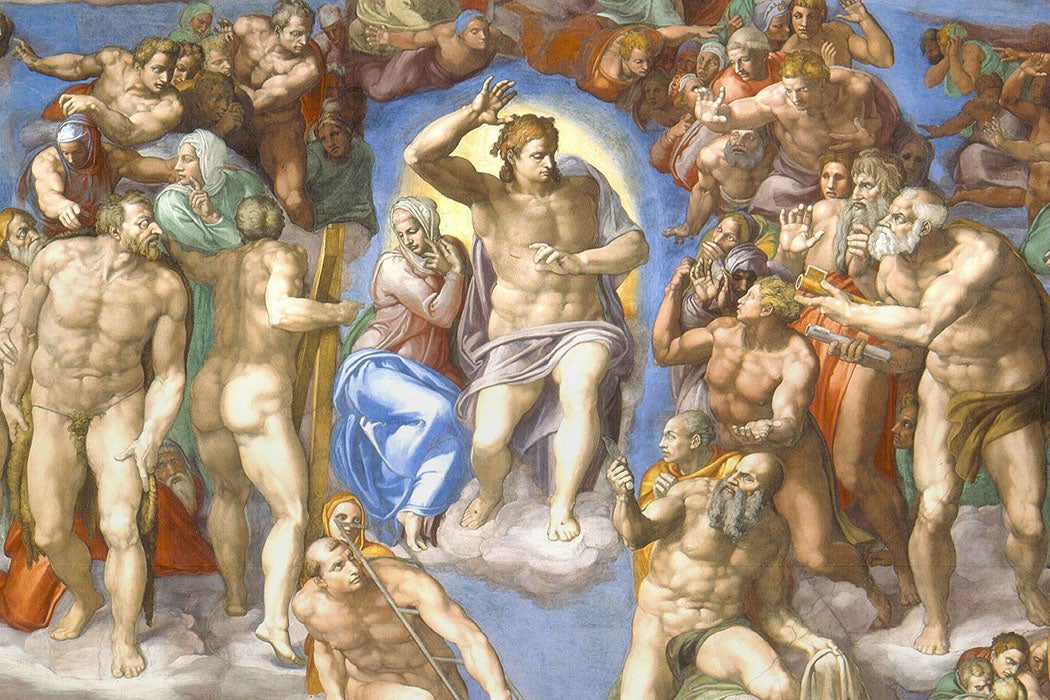 Michelangelo may have been one of the greatest artists the world has ever seen, but he was no Mozart. That is, he was decidedly not a child prodigy. Indeed, if Michelangelo di Lodovico Buonarroti Simoni had died at 20, only a few Renaissance art scholars would have ever heard of him.

Paul Barolsky echoes the general opinion that Michelangelo’s early works are “aesthetically unexceptional.” It was not until the later 1490s that Michelangelo, born in 1475, started to become the artist known as the “Divine One” by his contemporaries.

It shouldn’t be that hard to believe that there is a learning curve when it comes to becoming a brilliant artist. But we seem to want our geniuses to be born geniuses instead of doing the heavy lifting (and chiseling of marble) to get there. In Michelangelo’s case people have wondered how he rose above his modest beginnings. How did he, for one stunning example, learn how to make the marble of his Pietà weep? The real question may be: can we ever know the answer?

Michelangelo got better and better at what he did in a rich climate of culture, art, and yes, even politics.

Barolsky notes that Michelangelo’s early work followed the examples of Donatello, Bertoldo, Ghirlandaio, and others. He defines Michelangelo’s great, mature work, however, as that which “transcends his sources, which are so thoroughly assimilated they go unobserved.” And while Barolsky says “Michelangelo would never have gained status as a Ninja Turtle on the basis of such work as that in Bologna,” Martha Dunkelman cuts the young artist some slack. He was, after all, barely twenty years old when he arrived in Bologna.

Sure, the kid had potential, gobs of it. And during his Bologna sojourn, he kept working, all the while surrounded by inspirational local art. Niccolo dell’Arca’s work in particular had a “vibrancy, colorism, and texture that were unlike both [Michelangelo’s] Tuscan predecessors and the classical tradition current in Florence.” He learned from the past and the present, watched his co-workers, followed his peers, developed a good head for business, including financial matters (the bane, at least in stereotype, of many an artist).

Michelangelo got better and better at what he did in a rich climate of culture, art, and yes, even politics. He was, Dunkelman writes, “an ambitious observer and learner, with an open mind unconstrained by the canons that would dominate art and art history in later centuries.”

Many art historians through the years have found it hard to see this complex person “without rose-colored glasses or heroic strains of background music.” As his own mythologist, Michelangelo was no help in all this, as Dunkelman notes: “Michelangelo hoped that posterity would forget that he was ever anything but a genius, nursed on stonecutter’s milk, and admired, even when he was a teenager, by the artists, intelligentsia, and powerful of Florence.”

An exhibition at the Metropolitan Museum of Art gives people an opportunity to see Michelangelo’s hard-earned skill as a draftsman and designer in person. After more than five hundred years, Michelangelo’s early development, Barolsky writes, “still remains something of a mystery.” There’s simply no single answer for how and why this extraordinary human did what he did. 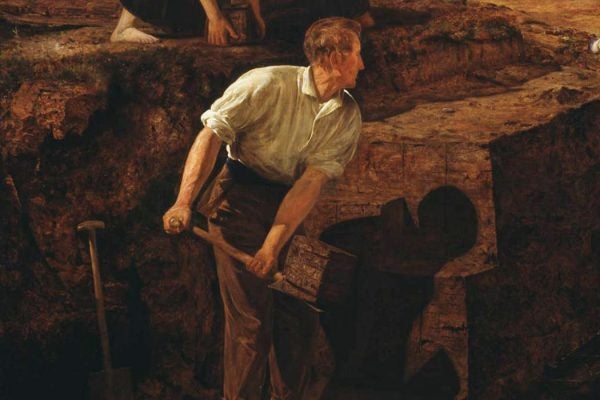 Since the nineteenth century, peat (or turf) has brought social consciousness to art. In the 1800s, Pre-Raphaelite paintings focused on the fact that the poor harvested it.