What’s a masculine lesbian to do when her hair starts getting too long? Look at history for inspiration. 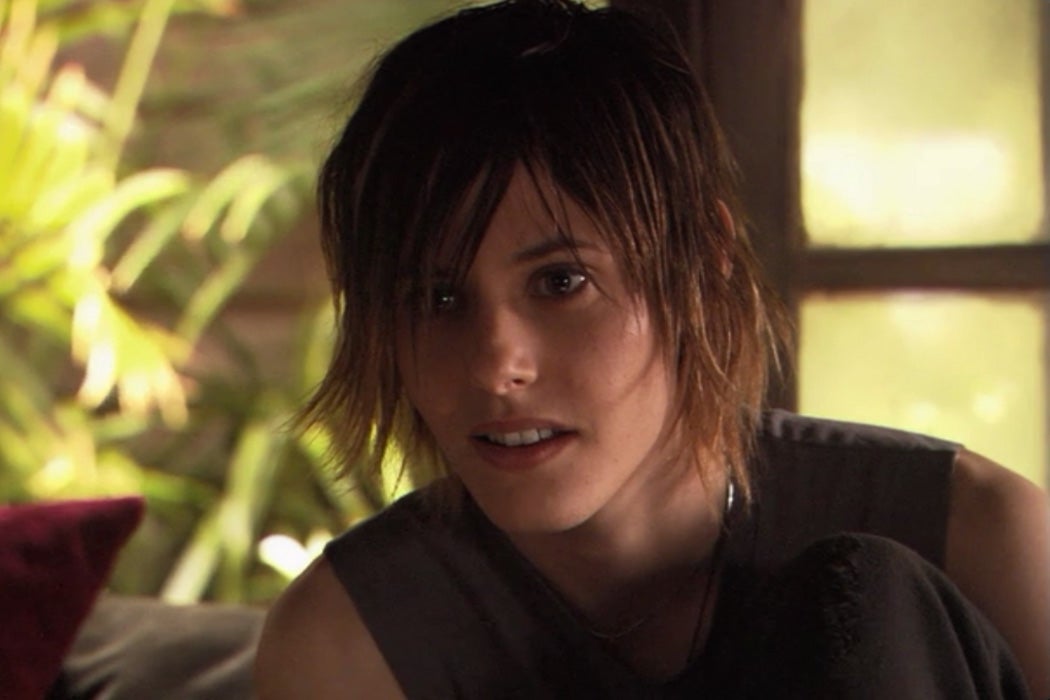 A specter is haunting the mirrors of the world—the specter of rapidly growing hair. With COVID-19 closing barber shops and salons, the short-haired people of the world have been brought low by the ever-greater growth of their formerly razored, scissored, and pomaded hairdos. And as the stay-at-home time seems to grow longer, so does the hair (between half an inch to an inch a month).

It’s not only men who feel this lack acutely; it’s also butch and stud lesbians, non-binary and transmasculine people, and others whose hair is not simply a situation to be managed, but a signal and signifier, a whisper or a shout of identity.

The range of butch and masculine-identified expression became at various times sharper, controversial, and broader.

As it turns out, “butch hair” has a long history, and a look back in time can show why it’s important today.

In “ Appearances Can Be Deceiving,” historian Alix Genter writes of hairstyles and fashion among butch and femme lesbians in post–World War II New York City. “Butch/femme” was (and is) a part of queer culture in which individuals express identity and sexuality through various degrees of masculinity and femininity.

But the reality was more complicated.

After World War II, Genter writes, even people well versed in this highly stylized culture could misread who was who based on their hair and clothing. A person who might appear to a contemporary observer as “femme” might have been a subtler butch—wearing man-tailored women’s clothing instead of men’s suits, or a shorter, yet still “feminine” hairstyle rather than a ’50s haircut associated with butch lesbians, especially the d.a. (for “duck’s ass”—the “Fonzie” style).

These slightly attenuated styles enabled butch women to move through the straight world somewhat more safely, yet still be read as butch to those in the culture, with the occasional mistakes by women new to the scene. After Stonewall, as LGBT liberation progressed to varying success, the range of butch and masculine-identified expression became at various times sharper, controversial, and broader.

“Long-haired butches” have always been with us, just less visibly or easily read to the “straight” world. The potential for more women to join that club may be growing (along with their coiffs)—a look at Butch Hair Quarantine, an account on Instagram, shows some women trying new styles (and others shearing their locks themselves). The inspiration for longer hair is provided by celebrity photos: Keanu Reeves, Jeff Goldblum (in a terrible mullet), Patrick Swayze, and Jake Gyllenhaal. There’s also a shot from the movie Monster of Charlize Theron as Aileen Wuornos, the most notorious long-haired butch of all.

In a recent New York Times style piece, a group photo amasses high fashion and construction wear, buzz cuts and a few longer styles, showing that liberation (such as it is) has meant that butches and studs don’t have to wear their hair in any way, except the way that they want to.