The Power of Sibling Bonds in The Brothers Karamazov

In the year of Dostoevsky’s bicentennial, a revisiting of familial relationships in one of his most popular works. 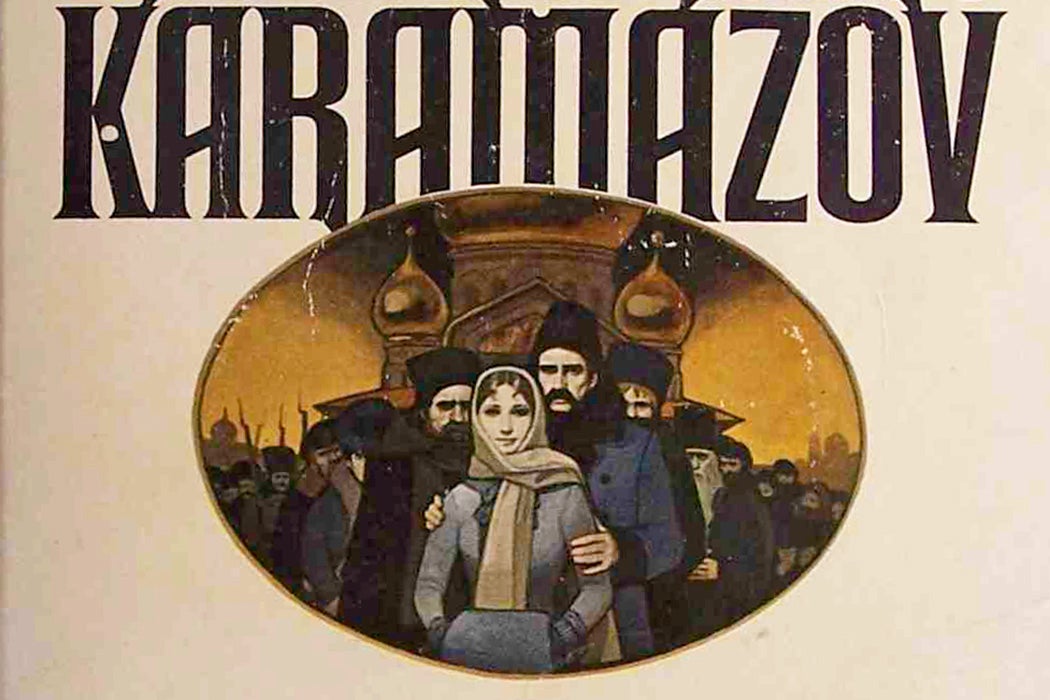 He that loveth his brother abideth in the light, and there is none occasion of stumbling him. (1 John 2:10)

These two biblical verses exemplify Christ’s calls for brotherly love and were notably both highlighted by Fyodor Dostoevsky in his personal copy of the New Testament. To Anna A. Berman, an expert on nineteenth-century Russian novels, this fact reinforces a “system of connections” at the heart of The Brothers Karamazov: sibling bonds.

Given its title, it would seem obvious to assume that Dostoevsky’s last novel revolves around brother relationships. Yet, as Berman points out, historically The Brothers Karamazov has “been looked at as a study of the breakdown of father-son relations,” largely overlooking the redeeming power of sibling bonds. In contrast to past critics, Berman argues that brotherhood not only offers an alternative to hierarchical, paternal love, but can also “restore faith … offering a model of how people can love one another selflessly,” in the manner of Christ.

Dostoevsky “valued the sibling bond precisely for its ability to forge bonds of mutual dependence.”

The most famous part of the novel, typically known as “The Grand Inquisitor,” may be a case in point. In the preamble to this chapter, Ivan—the intellectual Karamazov—stages a “rebellion” in which he renounces the world of God. More than anything, Ivan is disturbed by the existence of pain and misery. He “claims to be so horrified at man’s inhumanity to man … that he questions the love of a God who could set up a world where such atrocities take place.” Speaking with his younger brother Alyosha, Ivan begins to recite a poem about Christ’s return to Earth during the Spanish Inquisition, exposing his ideas on freedom and suffering.

In this poem, the Inquisitor accuses Christ of burdening human beings with free will. In Berman’s view, the Inquisitor’s solution to this is a model “of nurturing and benevolent despotism … as a totalitarian father’s love for a weak, helpless, childish humanity.” Dostoevsky himself describes this arrangement of lives “like a children’s game,” in which people must cling to religious authority “like chicks to a hen.” Once the Inquisitor finishes his speech, Christ, who remained silent throughout, gives him a kiss on the mouth.

Berman claims the kind of love this kiss embodies is “the love of a brother for a brother,” a reading that finds confirmation in Alyosha’s own gesture: When Ivan wraps up his own thought experiment, his brother kisses him on the lips too. Soon after, Ivan replies, “Well go to your Pater Seraphicus,” referring to his brother’s spiritual guide, Zosima. In other words, the kiss allows Ivan to accept Alyosha and his beliefs, just as it releases Christ, who is allowed to live—instead of die, executed—by the Inquisitor.

Dostoevsky, Berman concludes, “valued the sibling bond precisely for its ability to forge bonds of mutual dependence.” Both Christ and Alyosha counter rejection with an intentional act of unconditional love, which draws them closer to their purported rivals. For Berman, “the Inquisitor’s love for mankind removed the burden of free choice, while Christ’s love offered a challenge—a model for goodness that people must freely take upon themselves despite the suffering it may entail. If we are to choose Christ over the Inquisitor, then we must be prepared to accept the challenge of actively choosing to love others as our brother.” That challenge may be onerous, but it may also bring us together.