The Origins of the Word “Barbecue”

The skinny on the Q. 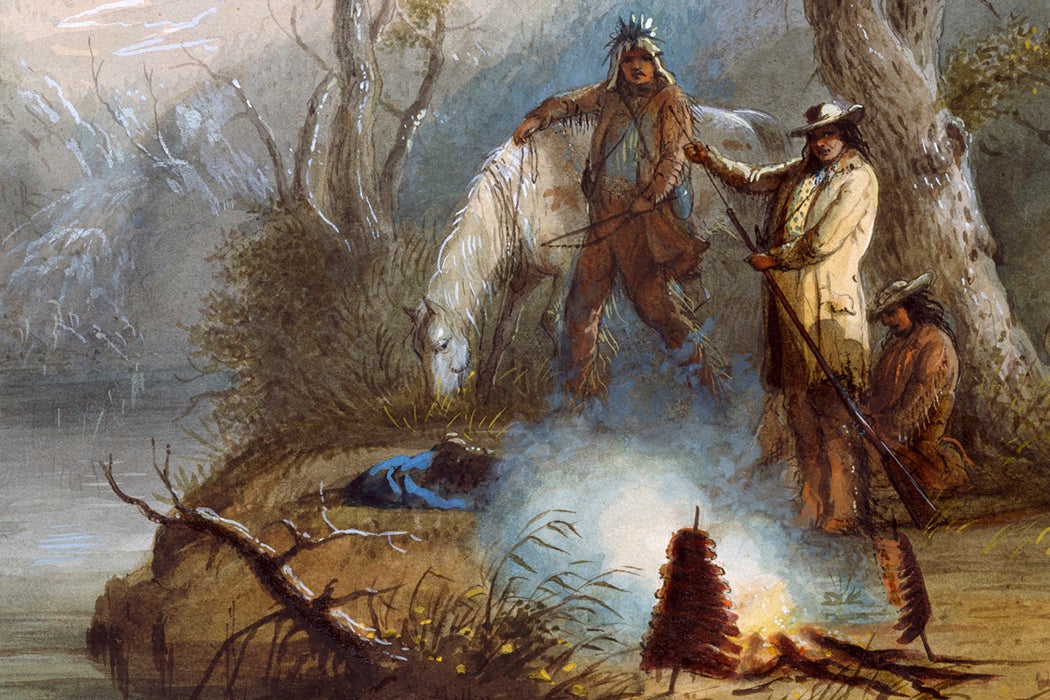 This may or may not have been the first barbecue ever.
via Wikimedia Commons
By: Matthew Wills
3 minutes
Share Tweet Email Print

Let not the season bother us: We associate barbecue with summer, but there’s never a bad time for putting the flavor back into the meat of the mundane. After all, the addition of heat to meat goes deep into human history. The question of “who invented barbecue” is unanswerable: pretty much everybody has done some variation of it. But the question of the word “barbecue” can more easily be trussed up and thrown on the barbie.

Folk etymology offers up a fanciful origin in the French barbe a queue, or beard to tail, referring to cooking the entire beast. But this, explains scholar-of-smoke John Shelton Reed, is a hogshead of bunkum based on an old political slur. In 1829, the National Intelligencer, the main newspaper in Washington, D.C., described Andrew Jackson’s supporters as radical “Barbacues” because they were “going the whole hog, from the beard barbe to the queue tail” politically. It wasn’t meant as a tasty compliment.

The native word for this frame was heard and transcribed by the Spanish as barbacoa.

The spelling “barbeque” remains popular in the South, where barbecuing is “rivaled only by grits as the national dish,” writes Reed. He says “barbecue would appear to be as southern, as indigenous, as it comes.” But, actually, “this symbol of the South, like kudzu, is an import.”

You have to go even further south. Long before the English showed up, the Spanish found the indigenous peoples of the Caribbean and northern coast of South America using wooden frames to support meat and fish over or near fire. They could either cook over direct heat—what we now call grilling—or slow roast and cure over indirect heat and smoke (true barbecue, even today). The native word for this frame was heard and transcribed by the Spanish as barbacoa.

This filtered into English in several spellings. Reed’s earliest use in English dates to 1661: Edmund Hickeringill’s Jamaica Viewed reported that animals “are slain, And their flesh forthwith Barbacu’d.” There were also early metaphoric uses: Cotton Mather lamented a pogrom of Narragansetts in 1675, when women, children, and elders were “terribly Barbikew’d” in their lodges by colonial soldiers. Aphra Behn’s 1689 play The Widow Ranter OR, The History of Bacon in Virginia, has “the rabble” saying “Let’s barbicu this fat rogue.” (Reed reminds us that the Bacon of Behn’s extended title was Nathaniel Bacon, leader of Bacon’s Rebellion, not the pork product, tasty though it is.)

The first detailed account of an Anglo-American barbecue dates to 1707. Edward Ward’s The Barbecue Feast; or the Three Pigs of Peckham, Broiled Under an Apple Tree, recounts the eponymous feast “cook’d after the West Indian manner” in the settlement of Peckham, Jamaica. The sauce was a “most admirable Composition of Green Virginia Pepper and Madeira wine.”

John Lawson’s 1709 New Voyage to Carolina describes “roasted or barbakued” venison, fish, peaches, and turkey.( Lawson’s Carolina turkey was served with “Bears Fat.) “George Washington spelled it Barbecue, Barbicue, and Barbacue. Whatever the spelling, a BBQ (which is a twentieth century initialism) in his time was a social event: the roasting of whole animals for a crowd. And that animal was usually a pig—not a native of the New World, but one readily accepted into it.

Both Samuel Johnson’s (1755) and Noah Webster’s (1828) dictionaries have barbecuing meaning specifically the cooking of pigs. Webster allows that, for Americans, oxen or other animals can also be barbecued.

Whatever you’re ‘cueing up, many a pit master will tell you the secret to their Q is their sauce. Less of a secret is that meat is much leaner today than it was in colonial times: “low and slow” can result in rather dry stuff, so bathing it in the latest “Composition of Green Virginia Pepper and Madeira wine” is a necessity. 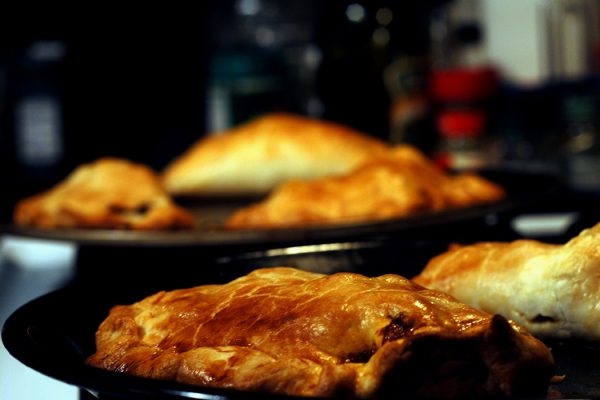 How Delicious Meat Pies Put Natchitoches on the Map