The Mockumentary: A Very Real History

What’s the appeal of humor masquerading as seriousness? An entire movie genre stands ready to shed light on that question. 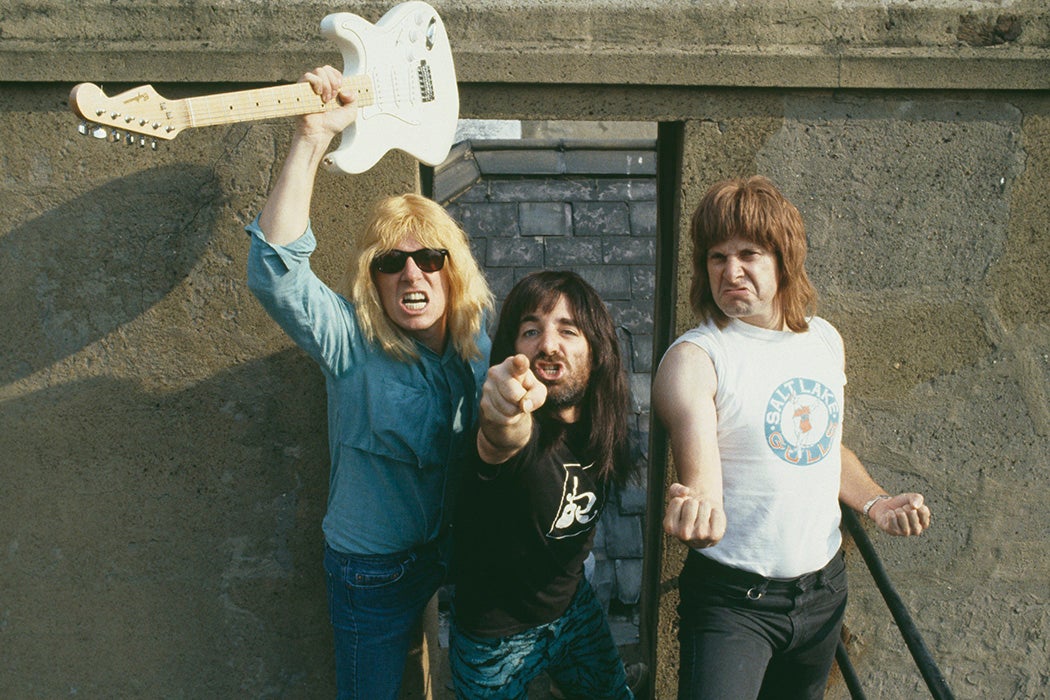 The recent mockumentary Borat Subsequent Moviefilm wrapped both its subjects and its viewers in discomfort, making headlines for its controversial scenes. Fictional films shot in documentary style, the mockumentary genre includes works of many styles, but all have one thing in common. As Cythina Miller writes, mockumentaries “refuse to let us look away from our most cherished notions about reality.”

“Fake docs, mock docs, bogus docs, parodic send-ups, shameless frauds, and sundry filmic forgeries” have been with us for a long time, Thomas Doherty writes in Cinéaste. Because mockumentaries can include anything from flat-out hoaxes to political satire, the genre’s beginnings can be hard to pinpoint. Some point to Luis Buñuel’s surrealist travelogue Land without Bread (1934). As Fiona Otway explains in the Journal of Film and Video, Buñuel’s film has been taken both at face value and “as a parody of social issue documentary, a scathing, cutting ­edge, subversive critique of ethnographic forms of representation.”

“It is through that discomfort that we, as both audience and subject, reflect on our norms, values, ideologies, and ways of being.”

Orson Welles’s alien-attack radio drama The War of the Worlds (1938) is another of the genre’s early appearances, as Doherty explains, calling it “the first truly authentic exemplar of the fake documentary in American cinema.” The honor could also go to director Georges Méliès, whose reconstructed newsreels made up 1899’s The Dreyfus Affair.

Today it’s clear that the mockumentary isn’t going anywhere, partly because of its capaciousness. What other genre could include musical parodies like This Is Spinal Tap and Fear of a Black Hat alongside social critiques like Kevin Willmott’s Confederate States of America, which imagines an America where the South won the Civil War? Willmott’s film, like many others in the genre, uses the imaginary to critique the actual. As Willmott said in a 2016 interview with Shadow and Act, “I wanted to make a film about the fact that people are still celebrating the CSA, and hold on to that. […] it makes [people] uncomfortable and that’s kind of the point.” That discomfort is core to the mockumentary, Miller explains in the book Too Bold for the Box Office: The Mockumentary from Big Screen to Small: “it is through that discomfort that we, as both audience and subject, reflect on our norms, values, ideologies, and ways of being.”

There is also a sense of realness, even as the visuals lean to the ridiculous. For example, an early film hoax, the BBC’s 1957 April Fools’ newsreel “The Swiss Spaghetti Harvest,” showed Swiss farmers picking strands of spaghetti from trees. And while most viewers understood the impossibility of what they were seeing, as Miller writes, the program “elicited hundreds of calls, seeking to verify the story’s authenticity and obtain instructions for cultivating spaghetti trees in England.”

Overall, what the form has done well is to challenge viewers with a slightly skewed, but somehow all-too-real vision of a society that looks a lot like our own. That odd mix of “this can’t be real” and “I could see this happening” is part of why the genre has endured. We watch to understand ourselves, our society, and how we interact with each other. Part real, part fake, mockumentaries may be, as Miller writes, “a kind of truth: just not the truth we were after.” 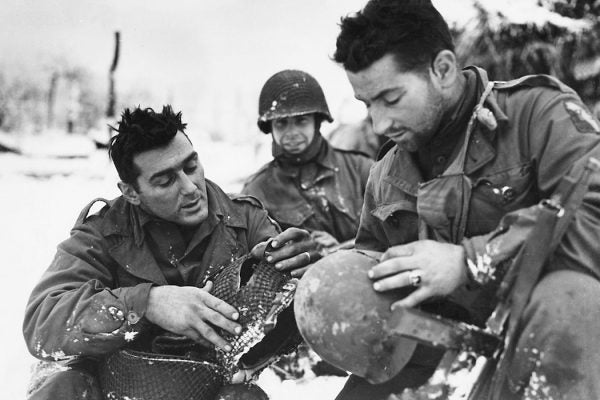 The War Documentary That Never Was

John Huston's 1945 movie The Battle of San Pietro presents itself as a war documentary, but contains staged scenes. What should we make of it?