The War Documentary That Never Was

John Huston’s 1945 movie The Battle of San Pietro presents itself as a war documentary, but contains staged scenes. What should we make of it? 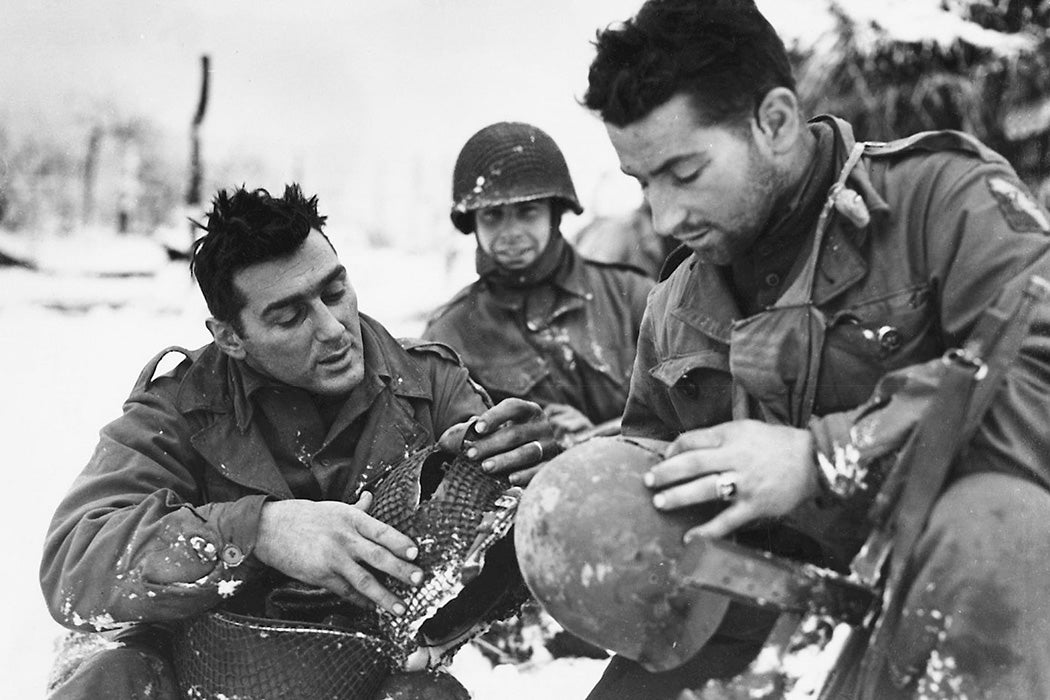 Roughly 1,200 people were killed, wounded, or declared missing at the Battle of San Pietro. The skirmish took place over a nine-day stretch in the winter of 1943, in a hilly, historic town in southern Italy—and a Hollywood director was there to capture the entire thing. John Huston followed the 36th Division over the course of the battle, filming the blasts and stacks of bodies with the support of the U.S. Signal Corps. His documentary short, The Battle of San Pietro, was released to the public two years later, and praised widely for its honest depiction of the horrors of war. Even today, many historians and movie critics consider it a masterpiece.

The story that Huston and others told, however, wasn’t true. Subsequent scholarship has chipped away at the myth, revealing that the supposed documentary was just another piece of narrative fiction. In his 1989 article for the Southwest Review, the English professor Lance Bertelsen suggested that the “bulk of the action” was staged. The film historian Mark Harris was more damning. In his 2014 book Five Came Back, he called the documentary “a scripted, acted, and directed movie that contained barely two minutes of actual, unreconstructed documentation.”

Many prominent directors took on these assignments, bringing their individual style and technique to what was ultimately, no matter how you shot it, propaganda.

The film was sold to the public as the real thing, and audiences were successfully duped for years. But even as the truth has come to light, filmmakers and fans have refused to write off the documentary that never was—or the man behind its camera. Huston had just begun establishing himself as a director when America entered World War II. The son of actor Walter Huston, John first became a screenwriter, receiving credits for films such as Jezebel and High Sierra, as well as an Oscar nomination for his work on Dr. Ehrlich’s Magic Bullet. His directorial debut, The Maltese Falcon, arrived mere months before the attack on Pearl Harbor.

He was in uniform the following year, creating films for the Signal Corps. As Harris details in his book, many prominent directors took on these assignments, bringing their individual style and technique to what was ultimately, no matter how you shot it, propaganda. Huston’s first documentary short was Report from the Aleutians, a dispatch from foggy islands of Alaska. The Battle of San Pietro was his second.

Huston always maintained that he shot the film on the fly as the battle unfolded, but historians have poked holes in his timeline. Bertelsen refers to accounts from Eric Ambler, the British spy novelist who collaborated with Huston on the shoot. Ambler claims they didn’t even make it to San Pietro until the final day of fighting, when, Bertelsen writes, “they saw plenty of dead and were mortared by the retreating Germans, but got little in the way of useable footage.”

To fill in the gaps, they turned to Captain Joel Westbrook, who provided them with detailed accounts of the battle. Westbrook pored over maps with Huston to facilitate the recreation, which took place in town, with troops from the 36th Division. The unreality of the shoot was apparent from the start, as “Westbrook recall[ed] making sure that troops throwing handgrenades were given relatively safe concussion grenades rather than the fragmentation type.” Huston relied on multiple cinematographers shooting from different angles to piece together his scenes.

The footage, now housed in the National Archives, gives an even closer look at the process. Harris describes outtakes where “a smiling GI goes from ‘alive’ to ‘dead’ at [Huston’s] cue, and a team of soldiers proceeds cautiously into an abandoned farmhouse looking for bombs and mines, only to have the camera cut when one of them insouciantly kicks at a misplaced prop grenade.” Yet when The Battle of San Pietro was complete, Huston gave only one small concession to its artificial production: a title card, originally run towards the end of the film, claiming “for purposes of continuity a few of these scenes were shot before and after the actual battle.”

The Army initially refused to release Huston’s film. They expressed concerns over the reenactments, and also believed the bleak footage could be interpreted as antiwar. General George Marshall came to the rescue, insisting the short could at least serve as a useful training video. After a few tweaks, the military relented and distributed the film to the masses, pumping out press releases that hyped its authenticity. The movie got great notices from critics like James Agee, who praised its “pure tragic grandeur” and did not doubt its verisimilitude. Huston furthered the story by repeating inflated stories of his dangerous shoot on talk shows and in print interviews until his death in 1987.

Through Bertelsen and Harris’s scholarship, as well as the 2000 TV documentary Shooting War, the truth about the production got out. Curiously, it seemed to have little effect on the movie’s standing, at least among those in the industry. “Huston staged a few scenes for that film… but you could argue that it was at the service of a greater truth, a harder truth,” Martin Scorsese said in a 2007 interview. In the Netflix adaptation of Harris’s book, Francis Ford Coppola went further:

I myself am less critical of the fact that they were saying this stuff was real combat footage when in fact it was staged. The filmmaker, and a writer-filmmaker such that Huston was, is inside the thing he’s creating, so whether or not it really is the Battle of San Pietro or it’s the fiction of the Battle of San Pietro, in his mind, there may be little difference. If you get the essence of the thing, it doesn’t matter whether it was—I mean, there could be a real document happening during some incredible war that has less to it than one of these reenactments, because cinema is magical.

Should Huston’s film still be praised and studied as a stirring antiwar film, even if it’s not the documentary it claims to be? Or should it be regarded as a false product, sold with the backing of U.S. government and mislabeled for decades? As these quotes illustrate, at this point, the truth may not matter. Years of PR spin and mythologizing have succeeded in making Huston into a renegade artist unafraid to tell the truth, his film a document of “the last good war,” starring the Greatest Generation. 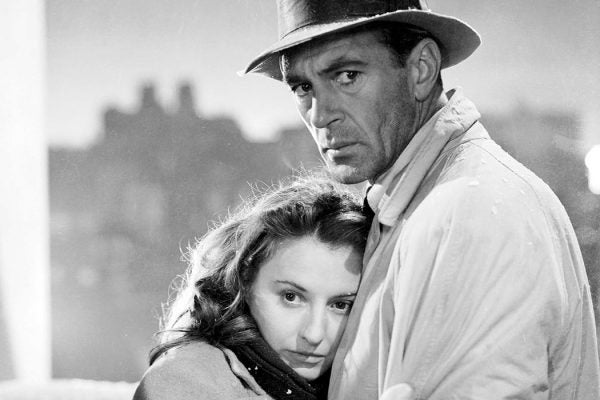 Meet John Doe, Frank Capra’s 1941 drama, carries forward the populist themes of his other movies, only with a much darker premise.