The Marriage Myths of Jadwiga of Poland 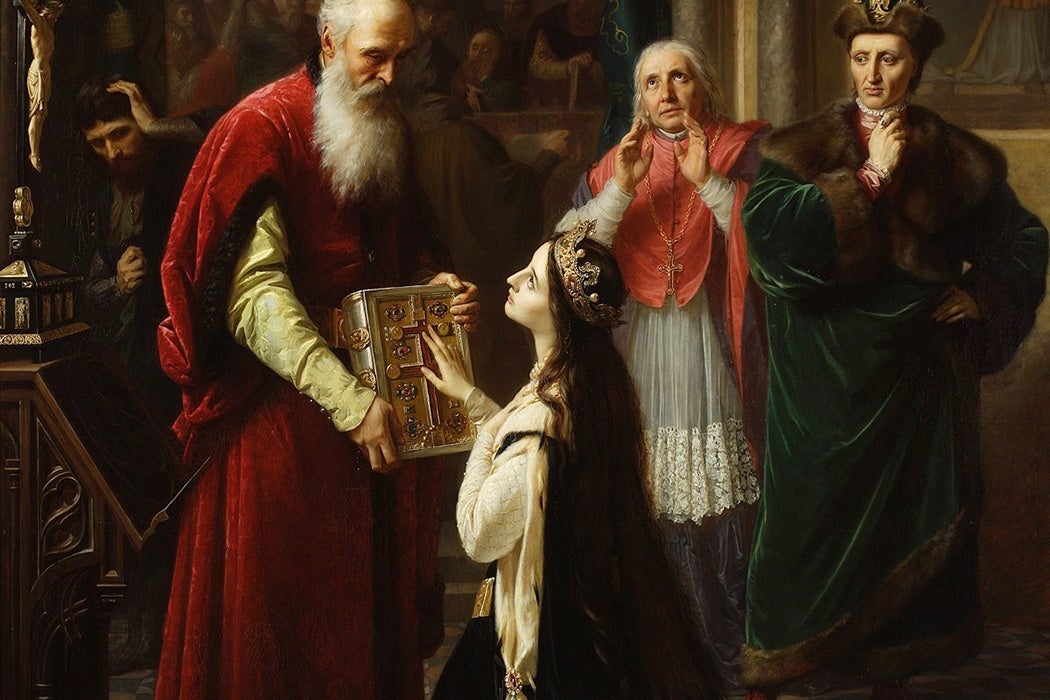 When the medieval female king of Poland—yes, king, as there were no legal precedents for a female monarch in Poland at the time—knelt before a black crucifix in Wawel Cathedral in Kraków, she had a decision to make. The future of her country and, indeed, the overall stability of Central Eastern Europe depended on choosing wisely, argues  Polish historian Oscar Halecki. The year was 1385, and the young Jadwiga (also known as Hedwig) (1373/1374–1399) was just twelve years old. Fatherless, and separated from her mother, she sought divine guidance to lead her toward the correct choice. Should she marry her first betrothed, William of Hapsburg, or should she wed the much older Jogaila, the Grand Duke of Lithuania?

Turbulent political circumstances had brought Jadwiga to this place beneath the cross. Her father, Louis I of Hungary and Poland, had died without male heirs, leaving Jadwiga to inherit the crown. Her mother, Elizabeth of Bosnia, had been forced to surrender Jadwiga, then only ten years old, into the hands of the restless Polish nobility, who wanted a young ruler they could advise, severed from Hungarian influence.

The matter of Jadwiga’s marriage had been in question since her infancy. She had been officially betrothed to William in 1378, and she reportedly developed strong feelings for him. “One of the greatest trials that Jadwiga had to face very early,” writes historian Thaddeus V. Gromada, “was the necessity to give up any chances for personal happiness for the good of Poland and Christianity, that is, to give up her beloved William of Habsburg for the 36-year-old Jogaila, Grand Duke of Lithuania.”

Tradition has it that, as Jadwiga prayed before the black crucifix, Jesus’s image sprang to life and advised her to wed Jogaila.

One popular story, very likely a romanticized myth, recounts how Jadwiga tried to break down the door of her castle with an axe to be with William after she had been forcefully separated from him by Polish nobles. This legend may have stemmed from Jadwiga’s renowned strength of character, as summarized by Anna Brzezińska, as well as her revulsion at the prospect of the middle-aged stranger Jogaila as a bridegroom. But while she was an adolescent, she was also a ruler. She had to approach this problem like the head of her kingdom.

Someone convinced her to accept the older and more politically and religiously advantageous Jogaila—to sign the 1385 Union of Krewo that cemented peace between their two kingdoms and established them as equal co-rulers—but who? According to legend, it was Jesus Christ himself.

Tradition has it that, as Jadwiga prayed before the black crucifix, Jesus’s image sprang to life and advised her to wed Jogaila. The opportunity to spread her faith—she was a devout Christian—was invaluable and much emphasized by following generations, notes Brzezińska. Jogaila, as part of the marriage negotiations, had sworn to convert from paganism to Christianity; he would encourage conversion throughout his native Lithuania. This outcome, at least, was more valuable than her supposed amorous feelings for William. “No wonder that Jadwiga’s sacrifice had become a symbol of the noblest ideals in Polish national life,” writes Gromada. “It does seem that she was finally moved to a decision to renounce William and accept Jogaila from religious motives.”

Jadwiga married Jogaila on January 11, 1386. Their relationship would develop into one of mutual affection and respect that would last until her tragic death in 1399 from childbed fever. Though other parts of her life story have been heavily mythologized, these events, for certain, were true. Whether or not Jesus had a hand as a royal matchmaker is still open for discussion, but she was canonized under Pope John Paul II in 1997, who celebrated her as a ruler who “knew that her mission was to bring the Gospel to her Lithuanian brothers and sisters.” 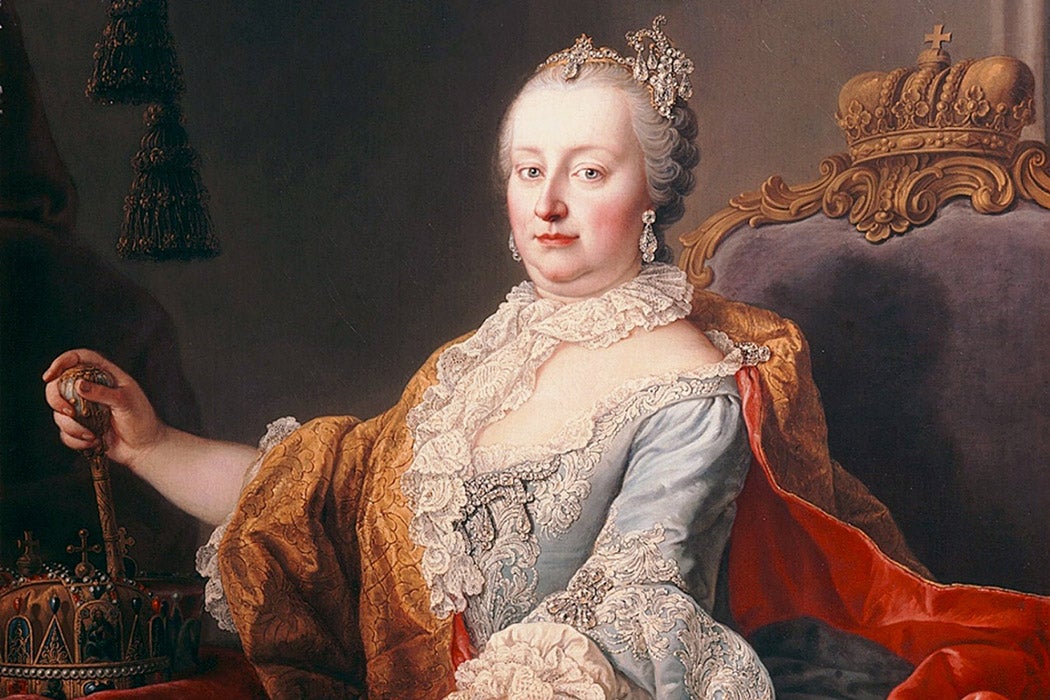 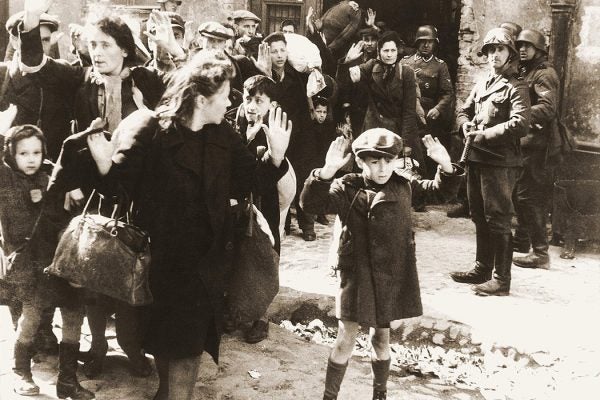