The Little Plankton That Could

Arguably the world’s most abundant animal, calanoid copepods can leap like whoa Nelly. And check out their enigmatic embryos! 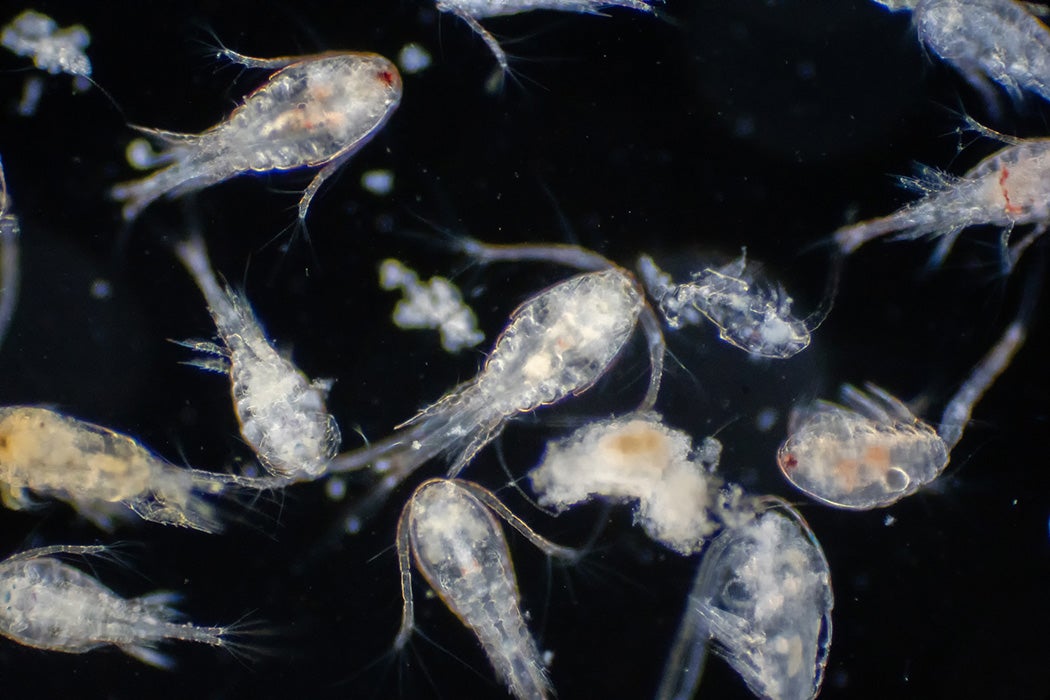 They’re smaller than chia seeds, but they inspired one of this century’s most beloved cartoon villains. They are arguably the world’s most abundant animal, and by keeping their embryos suspended in time for decades, they have even challenged our very notion of what it means to be alive.

Calanoid copepods are a superfamily of plankton. To oceanographers, they are the most dependable animals to find almost anywhere you can toss a net into the sea, akin to beetles on land. To everyone else, if copepods or their ilk are considered at all, it’s surely from the cartoon Spongebob Squarepants, in which the character Evil Plankton can be clearly identified as a calanoid copepod from his distinctive antennae and Cyclops-esque eye. These diminutive crustaceans, which feast on even-smaller plant plankton, feed massive ocean food webs and clue in scientists to invisible ecosystem sea-changes.

Many of them can create fertilized eggs that remain in limbo for decades, even centuries, before proceeding to grow and hatch.

The supporting role these creatures often play, whether on Nickelodeon or in food web analyses, could easily lead people to overlook how fascinating the calanoid copepods are in their own right. Many of them can create fertilized eggs that remain in limbo for decades, even centuries, before proceeding to grow and hatch. Although scientists discovered this enigma the better part of a century ago, even basic aspects of how the brainless, boneless species do it remain unsolved.

One team of researchers, led by Brad J. Gemmell, documented some calanoid species leaping from the ocean surface to escape from predators. Jumping from the water may be unremarkable for large animals, like dolphins, but it’s a big deal for microscopic swimmers that contend with far more drag to breach the water’s surface. At least one species can soar sixty times its own body length before reentering the sea—the equivalent to a humpback whale traveling twice the length of the Empire State Building in a single leap.

Although scientists have studied thousands of species of calanoid copepods, gaps in our understanding of them persist. We do know that calanoid copepods, as the base of so many marine food webs, are susceptible to the full gamut of marine threats, from chemical runoff and spills to ocean acidification to warming to plastic pollution. In this sense, calanoids perhaps represent the diversity, mystery, and vulnerability of the ocean far better than the larger and more famous marine animals ever could. 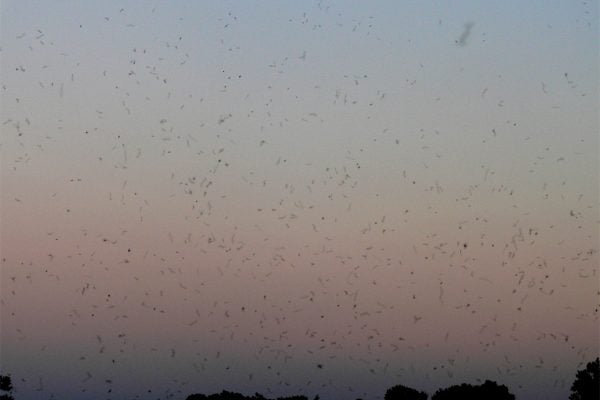 Aeroplankton: The Life in the Air We Breathe

Just as the ocean is full of plankton, the air we breathe teems with microorganisms.