The lives and roles of African-descended women who joined predominantly white Catholic convents was deliberately hidden by congregational historians. 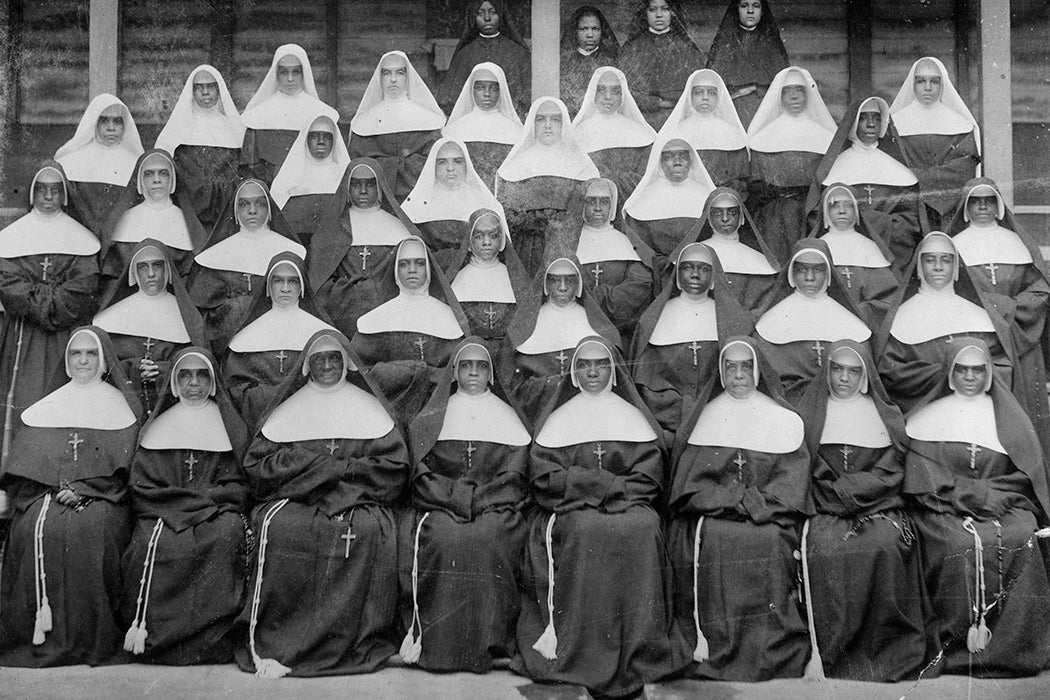 Like many institutions, societies, and businesses in the United States, convents and other Catholic organizations were generally segregated by race for most of the 20th century. And, as historian Shannen Dee Williams explains, there’s an even older history of Black nuns in predominantly white Catholic settings that has been ignored or even covered up by these religious institutions.

According to Williams, this history of African American Catholicism goes back to the free Black Catholic community of Spanish Florida, as well as to Haitian immigration and slave-holding by American Catholic institutions. Despite significant barriers they faced, many Black women over the centuries felt called to join the ranks of Catholic celibates. Prior to the Civil War, some free Black women founded Catholic orders for themselves, but others joined predominantly white orders, an option generally only available to lighter-skinned women. A few of the latter group of women even founded orders that were perceived as white. For instance, Theresa Maxis and Ann Constance (Charlotte Martha) Schaaf helped found the Immaculate Heart of Mary (IHM), a prominent educational order for nuns in Michigan and Pennsylvania, in 1845.

After the Civil War, the color line within female Catholic orders actually hardened in some ways.

Williams notes that the Sisters of Loretto at the Foot of the Cross in Kentucky had a particularly complex relationship with race. It enslaved Black laborers, yet it also accepted at least 14 African-descended women as lay sisters. In 1812, the daughter of one of those women, Clare Morgan, became a member of the order. Morgan’s fellow sisters must have known that she was the daughter of a formerly enslaved Black woman, but the order kept that information out of congregational histories published in the nineteenth and twentieth centuries. It’s also likely that the Loretto foundress, Mary Rhodes, was the daughter of an formerly enslaved Black woman, though it’s not clear if Rhodes was aware of this herself.

Williams writes that, after the Civil War, the color line within female Catholic orders actually hardened in some ways. Only four Black women are known to have entered white orders between 1865 and 1880, and by 1900, most of these orders had explicit, formal policies against admitting Black women. These policies, which ensured that influence and power was stayed with the white Church, remained in place until the Civil Rights era.

Overall, dozens of US-born women of African descent entered white congregations in the States and elsewhere in the nineteenth century. It’s impossible to know the true number given the likelihood that some women passed for white and were never discovered. But among those documented by Williams and other scholars are many whose orders were well aware of their heritage and later went to great lengths to suppress it. IHM, for example, restricted access to its archive to prevent the exposure of the true identities of Maxis and Shaaf. And, in the 1930s, the order’s leaders shut down an effort to recognize Maxis as a saint.

As Mother Domitilla Donohue of the IHM wrote in 1928, “we are convinced that silence is the fairest, wisest, and most agreeable way of committing oblivion to this subject.”

Forgotten Habits, Lost Vocations: Black Nuns, Contested Memories, and the 19th Century Struggle to Desegregate U.S. Catholic Religious Life
By: Shannen Dee Williams
The Journal of African American History, Vol. 101, No. 3, Faith in Action: Historical Perspectives on the Social and Educational Activism of African American Catholics (Summer 2016), pp. 231–260
The University of Chicago Press on behalf of Association for the Study of African American Life and History 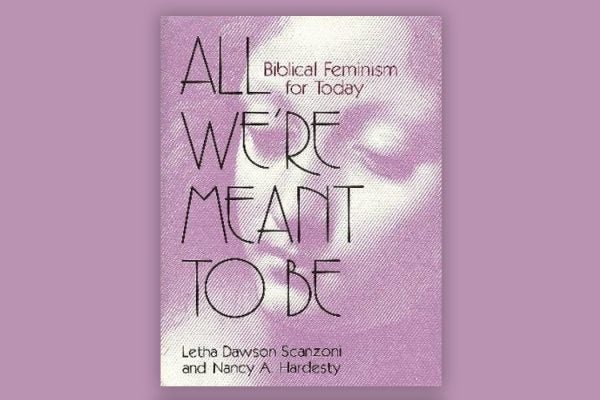 Whatever Happened to Evangelical Feminism?

From Christianity’s beginnings, the religion has been split between two visions of gender relations.