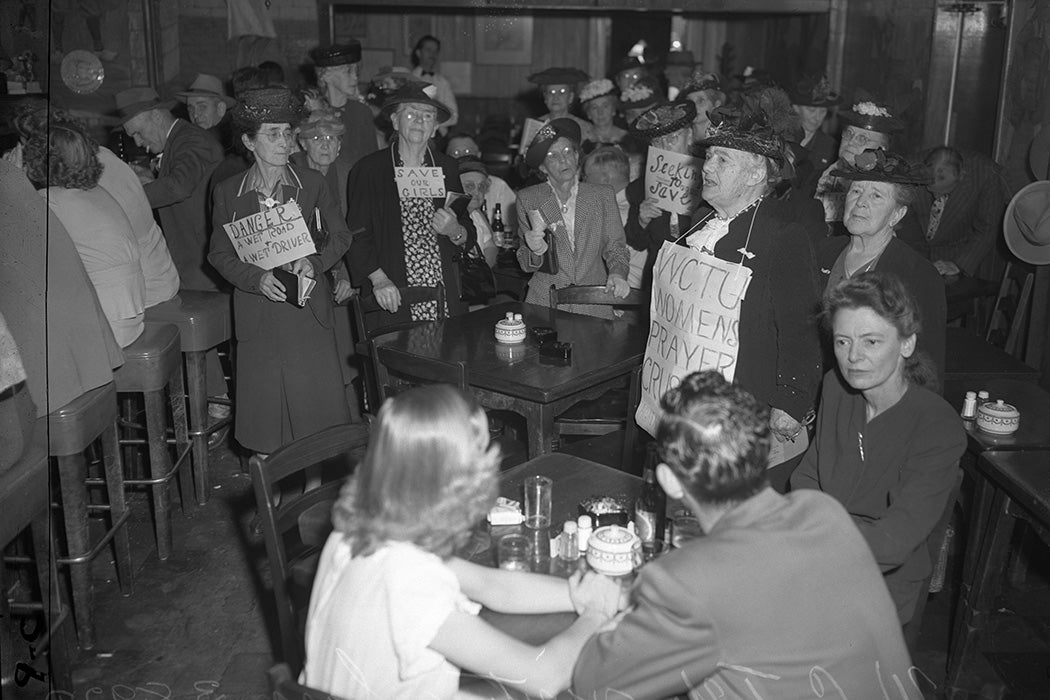 When we think about the American temperance movement, we often remember its success and subsequent, stunning failure in criminalizing drinking nationwide. But, as historian Pamela E. Pennock writes, temperance didn’t end with the repeal of Prohibition. In the 1950s, alcohol consumption remained an enormous political issue for many white American Protestants.

“Inebriation continued to trouble many church-going Americans who considered alcohol consumption a genuine, serious, and growing problem to which abstinence was the only solution,” Pennock writes. “And a considerable minority considered the repeal of Prohibition a mistake.”

In 1950, Protestants wrote more letters to their congressional representatives about temperance than any other subject.

Gallup polls from the 1930s through the mid-1950s found that a third of Americans favored the restoration of national prohibition. In 1950, Protestants wrote more letters to their congressional representatives about temperance than any other subject. When a House committee considered an anti-liquor bill in the early ‘50s, it received more than 200,000 letters from Methodists.

While many theologically conservative churches had traditionally refrained from engaging with secular politics, some made an exception for the alcohol issue. A 1949 editorial in Christian Life magazine assured readers that “we have no use for modernistic ‘social gospel’… But we do believe that Christians, recognizing the tremendous hindrance that alcohol is to the preaching of the gospel and the sanctity of the Christian home, should take the initiative in opposing it.”

Pennock writes that some temperance supporters were probably still motivated by anti-Catholic sentiment, as many had been in the pre-Prohibition era. Some also connected drinking culture to overall consumerism and the advertising industry that supported it.

In fact, many Protestants were particularly worried about rapidly growing advertising campaigns for alcoholic beverages. Some saw a return to prohibition as a bad idea, or just a lost cause, but were still deeply offended by the public promotion of what they saw as a morally and socially damaging product. In particular, they objected to television ads, with lively jingles and dancing beer bottles paraded in front of the nation’s youth.

Through the 1950s,  Pennock writes, many temperance activists put their energy into advocating for a national ban on alcohol advertising. Supporters included a broad swath of white Protestant groups, from the liberal Federal Council of Churches to the conservative National Association of Evangelicals, as well as Mormon and Christian Science groups. Huge numbers of concerned citizens wrote letters and attended hearings on the issue. The New York Times compared the attendance of a 1958 alcohol advertising hearing to “that of a Broadway hit.”

Despite all this, the campaign was easily overpowered by the combined efforts of the alcohol, advertising, and media industries, not to mention the general public distaste for anything smacking of Prohibition. In the decades that followed, many Christian political actors shifted to a focus on issues of gender, sex, and race. When alcohol reemerged as a national political issue in the 1980s with efforts to raise the legal drinking age and curb drunk driving, it was driven mostly by secular actors. 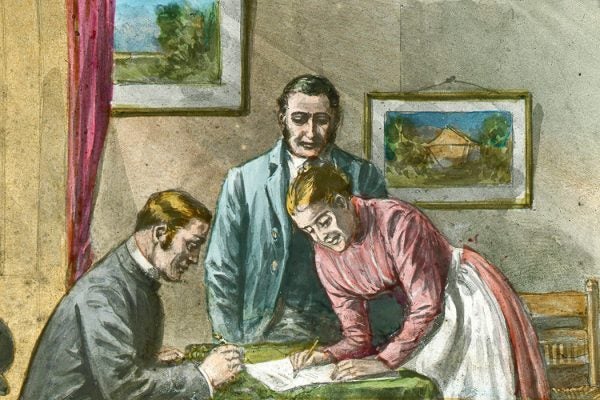 Sobriety is Next to Godliness

Teetotalers in the early British temperance movement signed temperance pledges like those in The Livesey Collection on JSTOR.