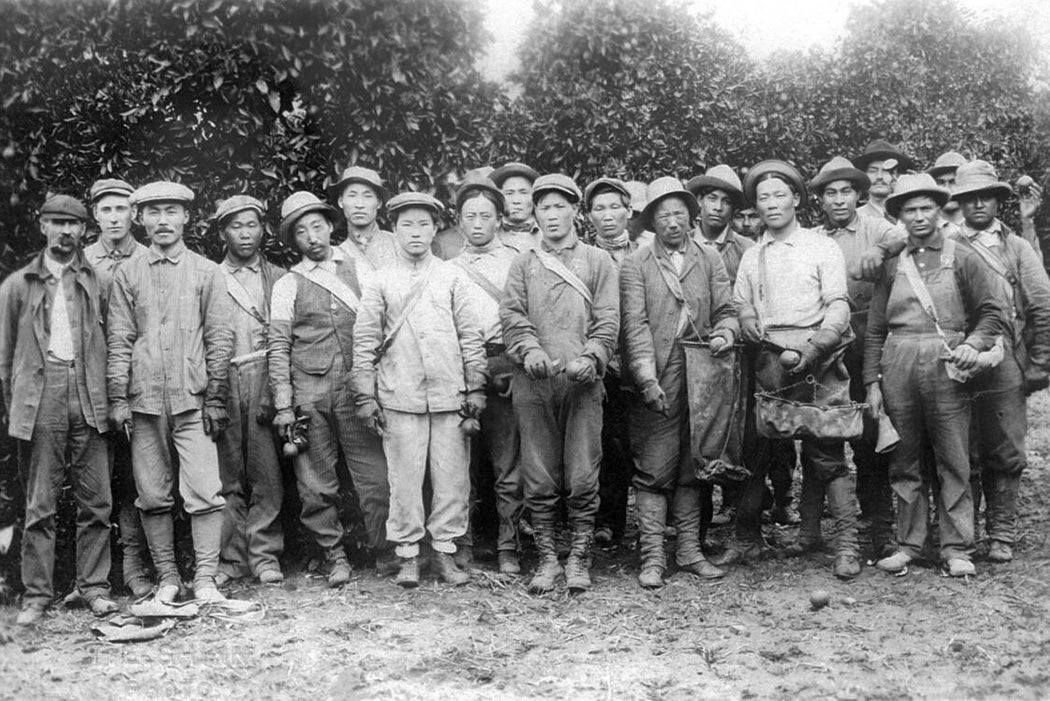 The first “Koreatown” was established in Riverside, California, in early 1905. Koreans had been immigrating to the United States for a few years before this, but, unwelcome in racist San Fransisco, they had dispersed throughout California and the West.

Scholars Edward T. Chang and Hannah Brown chronicle the birth of the first “Korean-organized immigrant settlement” in the US, colloquially known as Pachappa Camp or Dosan’s Republic. The settlement was founded by Ahn Chang Ho, also known by his pen-name Dosan, which means “Island Mountain” in Korean. (Variations on his name include Ahn Changho, Ahn Chang-ho, and Dosan Ahn Chang-ho.)

An activist for Korea’s independence, Dosan was in exile from the Japanese military occupation of Korea. One source reports that he and Helen Lee Hye-ryeon were the first Koreans to immigrate to America as a married couple. In Riverside, Dosan set up a labor bureau and a cooperative association, the Gongnip Hyeophoe, amid the remains of a Chinese railroad labor camp dating from the 1880s. The cooperative laid the foundations of the Korean National Association (KNA), which ended up connecting Korean immigrants throughout the continent.

Brutally suppressed in Korea, the independence movement thrived among the diaspora in the US.

The KNA also became a hub of the Korean independence movement. Korea had been taken over as a “protectorate” of Japan in 1905 and was annexed into the Japanese empire in 1910. Dosan himself recrossed the Pacific to become one of the founders of a would-be provisional government, set up in Shanghai in 1919, but the hoped-for end of Japanese control didn’t occur until the defeat of Japan in 1945. (Dosan died in 1938.) Brutally suppressed in Korea, the independence movement thrived among the diaspora in the US.

In Riverside, Dosan was an organizer, educator, and mobilizer, working with citrus farmers to procure jobs for would-be farm laborers. He also worked as a fruit-picker himself and as a cook for wealthy Riverside families.

Chang and Brown describe Riverside as one of the wealthiest cities in the US at the turn of the twentieth century. The citrus industry was a new gold rush, at least for some: white citrus farmers pitted Japanese immigrants against newer Korean immigrants for farm jobs.

Pachappa Camp dispersed around 1918 as families relocated to Los Angeles, where a new center of the Korean American community took hold. The 1920 census found only a handful of Korean American families in Riverside, none on Pachappa Avenue, the former heart of the community. At its peak, some three hundred Korean Americans had lived on and around Pachappa.

Former Pachappa Camp resident Easurk Emsen Charr petitioned the federal courts in 1921 for naturalization based on his US military service, but was denied because he was neither white nor of “African nativity.” Korean immigration into the US was banned from 1924 until 1952, when the passing of the Immigration and Nationality Act removed the “alien ineligible to citizenship” category from US immigration law (a quota system was retained, however).

Pachappa Avenue was renamed Commerce Street after it was bulldozed for redevelopment in the 1950s. Both Easurk Emsen Charr (1961) and Mary Paik Lee (1990) published autobiographies that included their memories of life in the Riverside community in the early twentieth century. In the 1990s, the Korean American Museum Oral History Project sought testimony from former Pachappa Camp residents.

More than 400 individuals as well as the Korean government donated money to commemorate Dosan, even as his contributions to Riverside began fading from memory when Korean Americans started to move to Los Angeles. As Chang and Brown note, “The City of Riverside erected a statue of Ahn Chang Ho in 2001 to honor him and teach visitors and residents about his legacy in, and connection to, the city. Because the historic Koreatown no longer exists, the stature stands as the only site of remembrance of the pioneering community.” The Pachappa Camp neighborhood was also declared a Point of Cultural Interest in 2017, the first for the city.

Recently, the Korean American community in Los Angeles has been transitioning via population growth and demographic shifts. More and more Korean Americans are moving elsewhere, some even returning to what they now may recognize as an ancestral home, Riverside.