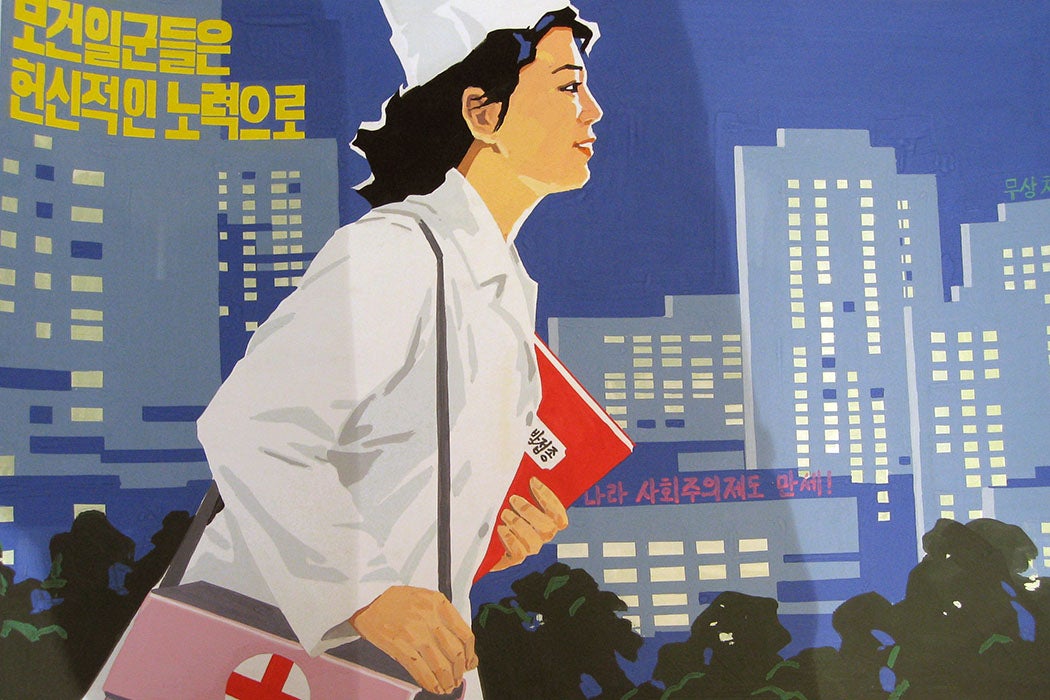 North Korea didn’t notch many victories during the short but brutal Korean War (1950-1953), but the regime of Kim Il Sung was able to claim some successes, including the implementation of the country’s first true public health reform. Paradoxically, according to scholar Albert E. Cowdrey, this leap forward in population health was made possible by a large-scale propaganda campaign warning of the U.S. military’s use of biological weapons.

It took less than a year for fighting to destroy the physical landscape of the Korean peninsula. In short order, the infrastructure of daily life, including sanitation and city water systems, collapsed. By early 1951, both sides of the conflict suffered widespread epidemics of typhus and smallpox.

In the South, forces from the United Nations quickly mobilized to provide mass inoculations and battle disease-carrying mosquitoes via the aerial-spraying of DDT. Their alliance with the U.N. and the United States guaranteed a steady flow of medical aid to both civilians and soldiers. But the North, reliant on aid from their Chinese allies, experienced severe shortages of medical expertise and equipment. Fever, malaria, and typhoid spread unchecked in the villages and among the troops. In May of 1951, the combined North Korean-Chinese military force suffered a huge blow, losing 160,000 men in a failed offensive. Afraid of losing popular support, the Communist allies launched a series of propaganda campaigns accusing the U.S. of engaging in germ warfare against North Korean troops and civilians, using Japanese-supplied biological weapons.

Reports that the U.S. military continued to experiment with anthrax and botulism served to deepen suspicion of the Americans.

For the populace, these claims weren’t hard to believe. During WWII, Japanese forces occupying northern China subjected thousands of civilians and prisoners-of-war to horrific experiments as part of their program to develop chemical and biological weaponry. Reports of the atrocities committed by Unit 731 remained fodder for national media well into the 1950’s, and stories of vivisections performed on the local peasantry, and plague-infested fleas released on unassuming villages, were fresh in the minds of the Chinese and North Koreans alike. The fact that the United States granted immunity to the Japanese in the post-WWII war crimes trials in exchange for their biological warfare research, and reports that the U.S. military continued to experiment with a variety of agents including anthrax and botulism, gave fodder for the Communist media and served to deepen suspicion of the Americans.

The nationalist media seeded rumors among the public that the “American imperialist murderers” were systematically spreading disease by releasing insects infected with cholera, plague, and other germs onto unsuspecting North Korean villages. The U.N. and U.S. were accused of using poison gas on the People’s Army. Rumors spread behind the Iron Curtain, with newspapers papers in Poland and the Soviet Union carrying reports of biological weapons attacks by the Americans. North Korea even brought the claims to the U.N. Security Council, demanding that an investigation be conducted.

As this was playing out in the media and in the international community, North Korea was undertaking its most ambitious public health campaign to date. Vaccines were procured from the Soviet Union. The state, led by the Military Council in conjunction with the Ministry of Culture and Propaganda, encouraged citizens to organize city clean-ups and “delousing” campaigns to combat the insects. Local governments repaired sewers and drains and deepened wells. Schoolchildren were equipped with fly swatters. Inspections and outbreaks of illness or disease were fastidiously tracked by the newly-formed Anti-epidemic Bureau. An American prisoner of war later recalled that “everybody—soldiers, civilians, adults, and children —received four separate inoculations and revaccination…Nobody could move on the roads without an inoculation card.”

The propaganda campaign was so successful in raising suspicions of American nefariousness that an international commission of scientific experts was sent to investigate. Though the group was impressed by the sheer variety of evidence (including spiders, flies, and rodents supposedly unleashed by the Americans), they eventually had to admit that, aside from the words of North Korean and Chinese scientists, there were no facts to support the accusations of germ warfare.

"Germ Warfare" and Public Health in the Korean Conflict
By: ALBERT E. COWDREY
Journal of the History of Medicine and Allied Sciences, Vol. 39, No. 2 (APRIL 1984), pp. 153-172
Oxford University Press 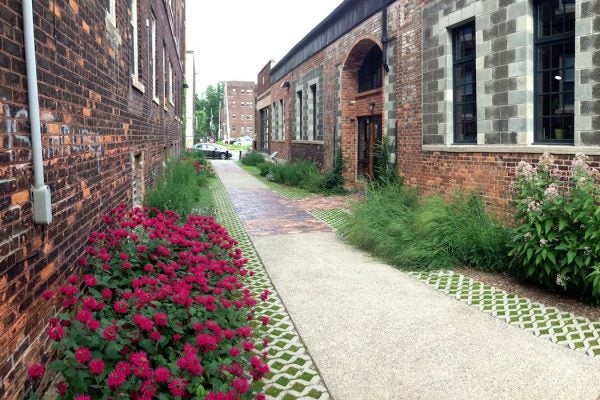 Once polluted and abandoned, back alleys have sprouted into flourishing rain gardens.