The Final Migration of the American Eel

Every year, thousands of American eels make an amazing migration from their freshwater homes into the Atlantic Ocean, where they spawn and die. 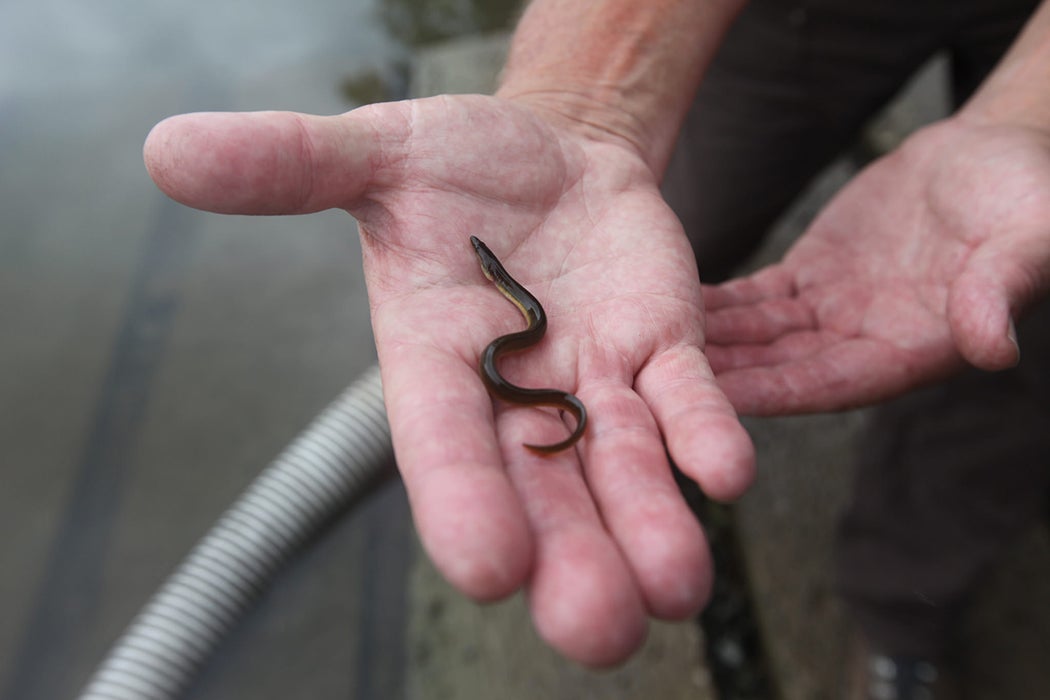 Juvenile American eel about to be released upstream from the Conowingo Dam on the Susquehanna River
via Flickr/U.S. Fish and Wildlife Service/Greg Thompson
By: James MacDonald
2 minutes
Share Tweet Email Print

It’s fall, and many of the world’s great migrations are under way. You’ve all heard about birds and monarch butterflies. But right now, slithering past lower Manhattan, an equally incredible migration is under way. It’s the final journey each American eel takes at the end of its life.

American eels (Anguilla rostrata) are snake-like fish that spend most of their lives in the fresh water bodies of the Eastern part of the Americas, from the St. Lawrence River to Venezuela. Their habitat includes any fresh water from muddy streams to mighty rivers to the Great Lakes. Eels may live a decade or more. The oldest eels accumulate fat and start to turn from dark and yellowish into a conspicuous gray-silver color. Their heads become narrower and more streamlined, with larger eyes. Soon, as the water gets colder, they will turn out of their freshwater homes and head east into the Atlantic.

Shallow water kicks the baby eels into favorable currents that will carry them back to the coast relatively quickly.

The changes prepare them for the long ocean voyage ahead, improving camouflage, deepwater vision, and reducing drag for more efficient swimming. Eels do not eat during the voyage, living off built up fat stores, so energy conservation is crucial. Most details of the trip itself are still unknown, such as the exact route or how they find their way.

It took decades for scientists to figure out exactly where they were going, but every single silver eel (as they are known in this phase of life) is heading thousands of kilometers to the Sargasso Sea, an area east of Bermuda known for drifting Sargassum seaweed. There they will spawn, each female releasing millions of eggs. Then they will die.

The eggs, once they hatch, become tiny transparent leaf-shaped Leptocephali. These little guys are faced with an even more daunting task then the adults: they need to get back to freshwater, but without size or strength.

To accomplish this, the baby American eels, (and farther east, their European counterparts), rely on ocean processes. Most of the larvae hang out in shallow water (down to about ~200 m) in a convergence zone near the spawning grounds, where currents and waters of different temperatures collide. The mixing waters in this area provide perfect conditions for high concentrations of plankton that can fortify the baby eels for their own journey. This area also kicks them into favorable currents that will carry them back to the coast relatively quickly.

The journey takes months, but the little eels grow on the way and eventually make their way shoreward as still transparent but now eel-shaped glass eels. After a time in coastal estuaries, they make their way into freshwater where they enter the yellow eel phase and start all over again.

It’s a dangerous journey, and many don’t make it. But every year a new cohort of silver eels sets off to start the cycle again. 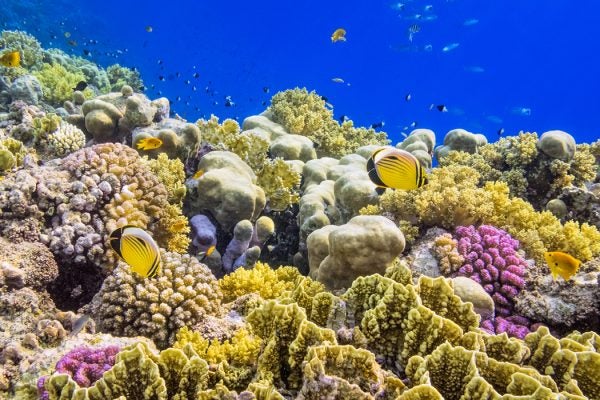 Are corals digesting plastic? Are gasoline cars about to disappear from our roads? Does the ecolabel on your frozen salmon mean your dinner is sustainable?