Though vidding is now generally a part of online culture, it originated in the grassroots editing efforts of female television fans. 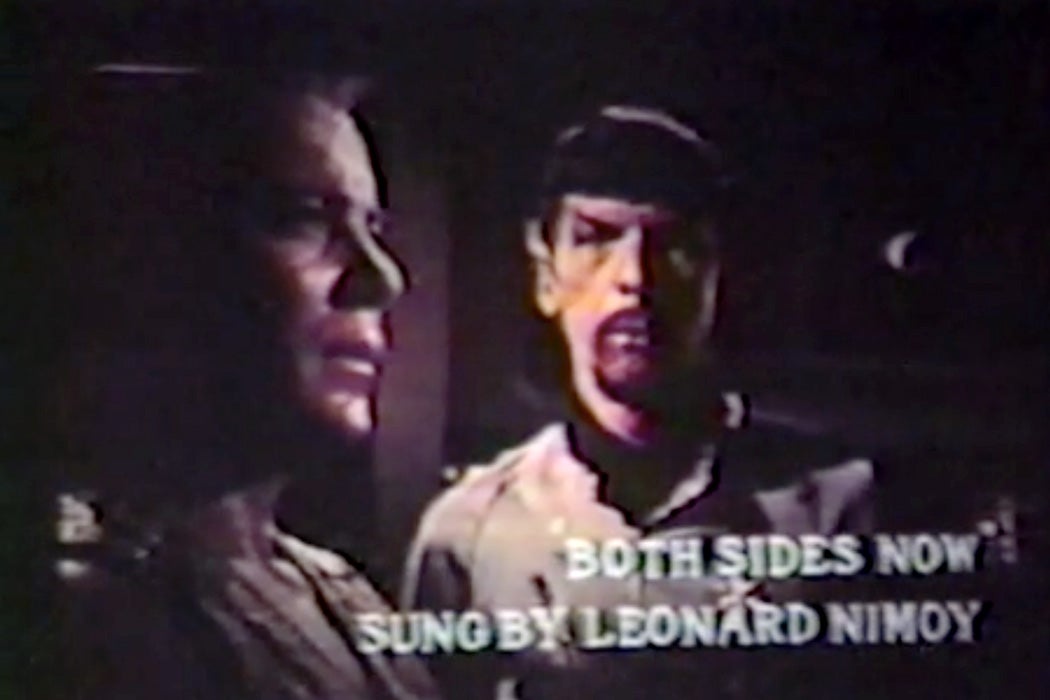 A still from "Both Sides Now" by Kandy Fong
via Critical Commons
By: Ashawnta Jackson
3 minutes
Share Tweet Email Print

When Nichelle Nicols, the Star Trek actress who originated the role of Lieutenant Uhura, died earlier this year, remembrances came pouring in, many from Black women who saw her as a way of seeing themselves on the screen and as part of a larger science-fiction community. But as powerful as her image was for a generation of Black women, the show, overall, represented something that women fans of all kinds could hold on to. As film studies scholar Francesca Coppa notes, female fans had been there from the beginning and “had been writing Star Trek fanfiction since the late 1960s.”

But the Star Trek fandom was also part of another media culture—vidding. Vidding, Coppa explains, “is a form of grassroots filmmaking in which clips from television shows and movies are set to music.” And while videos like this are everywhere today—Instagram, TikTok, YouTube—the vidding culture stretches much further back. For women, it’s been an important tool for altering media in a way that “heals the wounds created by the displacement and fragmentation of women on television.”

The process was a long one, requiring “a lot of planning, measuring, and mathematics to compensate for the imprecision of the technology.”

Women have always been an important part of fan culture, but with vidding, Coppa argues, “a broad variety of fandoms engage issues of female representation, displacement, and marginalization in visual culture.” The first fan “vid” was actually a slide show. A 1975 project by Kandy Fong, dedicated to Star Trek, was “constructed from still images, frames cut from deleted scenes, outtakes, and other cast-off footage.” She even provided a soundtrack courtesy of a pre-recorded cassette.

While no one knows who made the first fan video, Coppa points to Kendra Hunter and Diana Barbour’s Starsky and Hutch vids dating to 1980. These videos were also a sign of rising technology. The new availability of VCRs marked an exciting change for vid makers, who used “two VCRs, one for playing footage and one for recording it.” And though the technology might have made it easier, it didn’t make it easy. The process was a long one, requiring “a lot of planning, measuring, and mathematics to compensate for the imprecision of the technology,” Coppa writes. Because of the difficulty and expense of the process, vidders often formed collectives, including Bunnies From Hell, the Media Cannibals, and GloRo Productions, to lighten the load.

These collectives represented an important part of women’s media history. As Coppa explains, the groups were  “technologically minded and media-savvy women coming together to make themselves,and their perspectives, visible on screen.” The result was, in many ways, a wholly new work, connected to, yet different from, its source material. But as ideas of ownership evolve and change, whose work was it?

As scholar Alexis Lothian explains, most vidders were, and continue to be, fearful of “not being recognized as owning the product of their recombinatory labor” more than they fear copyright. The matter is complicated even more, as mashups and vids “challenge the idea that creative legitimacy relies on original ideas that belong only to those who initiate them.” In recent years, even those who initiate the ideas have been relying on fan-made videos as marketing. “Many fans perceive these developments as a desirable legitimation of fan work,” Lothian writes. “But they can also be understood as an inversion in the direction of fannish theft.”

Though vidding is now part of online culture generally, it has feminist roots. To be a vidder, Coppa writes, “is to be part of a distinctive and important tradition of female art.”

Early Vidding and Its Precursors
By: Francesca Coppa
Vidding: A History, Chapter 2, pp. 67–92
University of Michigan Press
Women, Star Trek, and the Early Development of Fannish Vidding.
By: Francesca Coppa
Transformative Works and Cultures, Vol. 1 (2008)
Transformative Works and Cultures
Living in a Den of Thieves: Fan Video and Digital Challenges to Ownership
By: Alexis Lothian
Cinema Journal, Vol. 48, No. 4 (Summer 2009), pp. 130–136
University of Texas Press on behalf of the Society for Cinema & Media Studies