In August 2014 Jean Genet’s scandalous 1947 play The Maids was revived at Lincoln Center Festival as a star vehicle for Cate Blanchett and Isabelle Huppert as the murderous chambermaid sisters Claire and Solange. In a production by Benedict Andrews, the stars camped up and reveled in Genet’s lethal erotic triangle, taking turns role-playing as their imperious master Madame while plotting her murder. Adding another level of imitation to this mousetrap, this production of The Maids incorporated video spectacle into the stage theatrics. While the famous actresses treaded the boards, their visages were filmed and projected onto an enormous screen above the stage, exploiting their talent for devastating close-up.

Not unlike the work of Tennessee Williams, the play can seem simultaneously feminist—a powerful all-female production—and misogynist, engaging that which is most abject and grotesque: sado-masochistic role-play; class domination; murder and suicide. Yet its very thorniness has made it grist for critics. Much has been claimed of the play: that it exemplifies and critiques the master-slave dialectic. That the delusional play-making of Claire and Solange is more intensely realized than the banal “reality” of the upper class Madame. That the play exemplifies the performative aspects of gender and sexuality. Or, conversely, that it demonstrates the limitations of the performative. Did Genet really intend the roles of the maids to be played by men, as they sometimes are? (Jean-Paul Sartre advances this hypothesis in an introduction for the play, inspired by a line from Genet’s novel Our Lady of the Flowers.)

Yet Genet is on record describing The Maids as a “failure.” Why? Christopher Lane, in his article “The Voided Role: On Genet, supposes that the “failure” of the play is encoded in its message, or we might say, in its poetics. Arguing against some of the readings described above, Lane writes that “Genet’s interest in his characters’ fantasies and identifications interrupts what might seem an obvious oscillation between master and slave.” Hegelian sublation of the master-slave dialectic fails because the triumph of one character/role comes at the expense and depletion of the other. As Solange says in the play, “[Madame’s] joy feeds on our shame. Her carnation is the red of our shame.”

Although Genet was an activist in real life, he rejected any socially edifying readings of The Maids as supportive of workers or the rights of the oppressed. He was more interested in the dramatic moment. Perhaps then it makes most sense to view the play and “failure” as a comment on inevitable failure of theatrical embodiment itself, especially in the theater of personal intimacy. As Jeanette Savona cogently writes, The Maids “is based not so much on ‘normal’ human interactions as on the very impossibility of establishing any form of positive interrelations except in the world of fantasy and dreams.” If all the world’s a stage, Genet says, what of the maids who merely wash the boards? 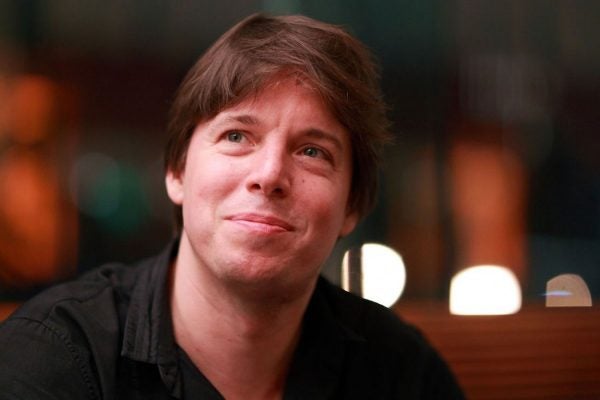